The Vatican on Tuesday accused ultra-conservative Catholic social media of fomenting hate, a day after militants stole statues they considered pagan idols from a church and dumped them in the Tiber river.

Monday’s incident came in the final week of an assembly of bishops to discuss the future of the Church in the Amazon region. The stolen statues were on display along with other Amazon artifacts at a church near the Vatican.

‘In the name of tradition and doctrine, an effigy of maternity and the sacredness of life was dumped in contempt,’ said Andrea Tornielli, the Vatican’s editorial director.

Tornielli said the incident was a ‘violent and intolerant gesture’ and that the thieves had ‘passed from hate on social media to action.’

He said it was shocking that one conservative Catholic website headlined its story on the theft ‘Justice is Served.’ 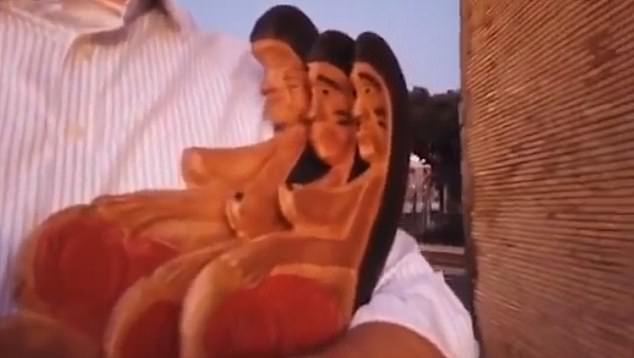 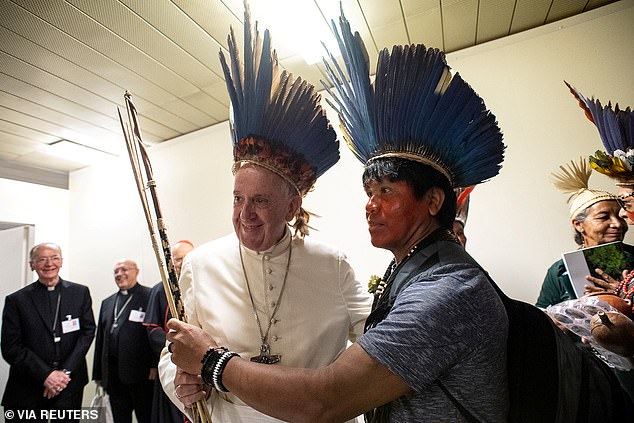 The three-week synod to discuss the future of the Church in the Amazon, ends on Saturday with a final declaration which the pope, who has attended most of the sessions, can use to write his own document, known as an Apostolic Exhortation

Even before the synod started, conservative Catholic social media attacked its working document as heretical, particularly for suggesting that elderly married men could be ordained as priests to say Mass in the vast region.

They later expressed outrage at the use of an Amazonian statue of a pregnant woman at an opening ceremony.

Hardline conservative media said the statue was of a pagan goddess known as Pachamama. The Vatican said it was an indigenous traditional symbol of life. 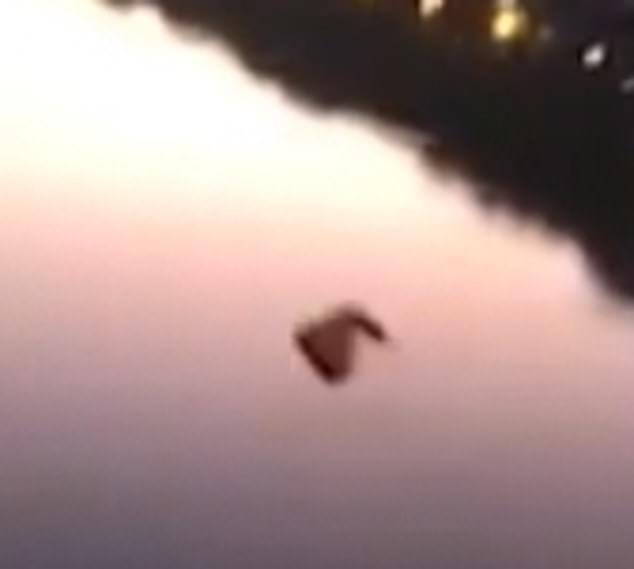 Anonymous individuals filmed themselves taking the five statues of a naked, pregnant woman from a church near the Vatican and throwing them from a bridge (pictured) 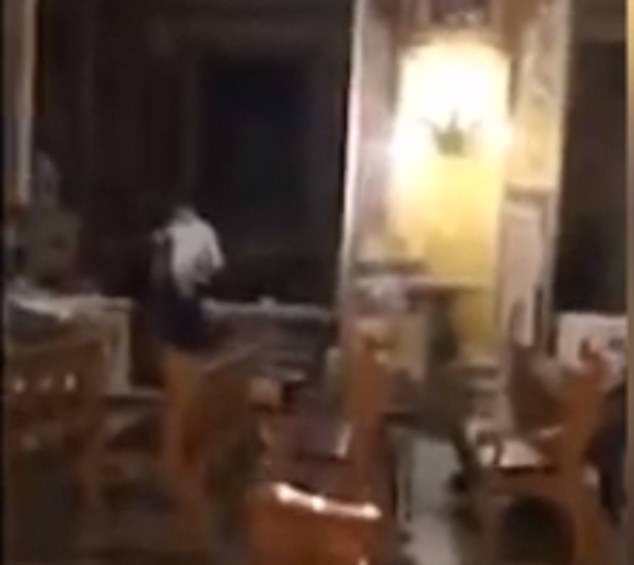 The Internet video, which emerged on Monday, showed an unidentified man taking the statues from the church (pictured) 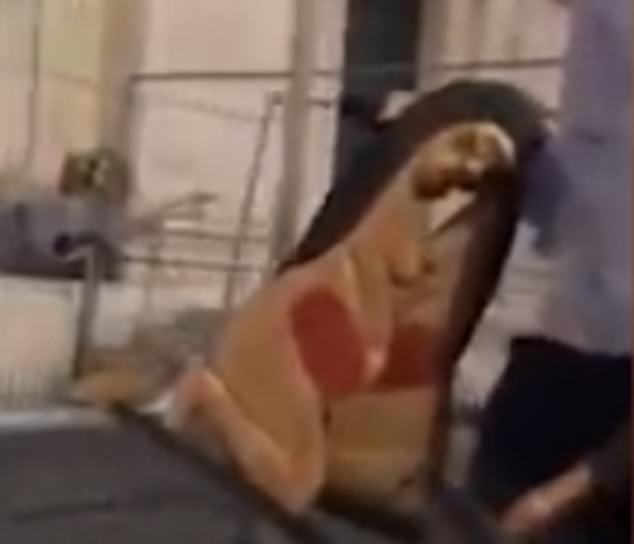 A video of the incident was posted on the internet and given prominence on conservative Catholic media websites and Twitter. One, LifeSite News, had begun a petition to remove the statue.

LifeSite carried a statement from the thieves saying they acted because people of faith were ‘being attacked by members of our own Church. We do not accept this! We no longer stay silent! We start to act NOW!’

In a statement on Tuesday, REPAM, a grouping of Roman Catholic bishops and church organizations from the Amazon in Rome for the synod, called for respect of diversity in the Church.

‘In recent days, we have been victims of acts of violence, reflecting religious intolerance, racism, humiliation against indigenous peoples above all,’ the REPAM statement said.

REPAM said its members feared an escalation of such incidents.

The three-week synod ends on Saturday with a final declaration which the pope, who has attended most of the sessions, can use to write his own document, known as an Apostolic Exhortation.