Celebrity chef Nusret ‘Salt Bae’ Gokce has given his staff a bizarre demonstration on how to wash plates and pans in his restaurant.

The chef, who is known for his exaggerated and highly stylised method of preparing food, made a performance of cleaning his crockery.

The footage, which has been seen by more than 5.6 million people on Instagram, shows Salt Bae cleaning a plate, describing it as ‘like a diamond’.

Wearing his trademark darkened John Lennon shades and white tee shirt, the Turkish celebrity tosses the plate from one hand to the other before showing the results of his work to a dozen members of his staff.

He subtitled the video ‘In business you must know every details… from A to Z, okey? #okey? #saltbae #Saltlife #salt’

In the footage, Salt Bae advises his staff ‘focus, clean all the time’.

At the end of the short video, members of staff give Salt Bae a round of applause. 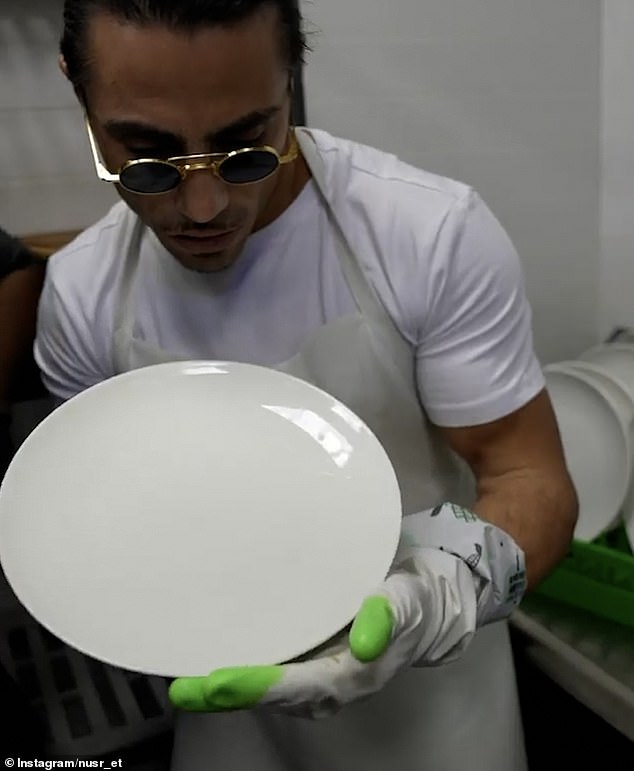 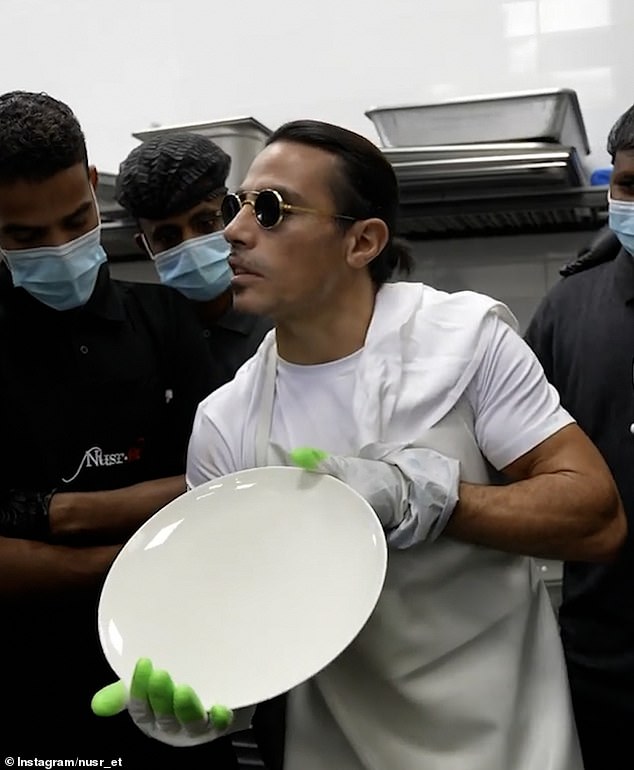 The businessman has more than 40 million followers on Instagram and has a range of high-profile restaurants around the world – where he charges up to £1,450 for a steak 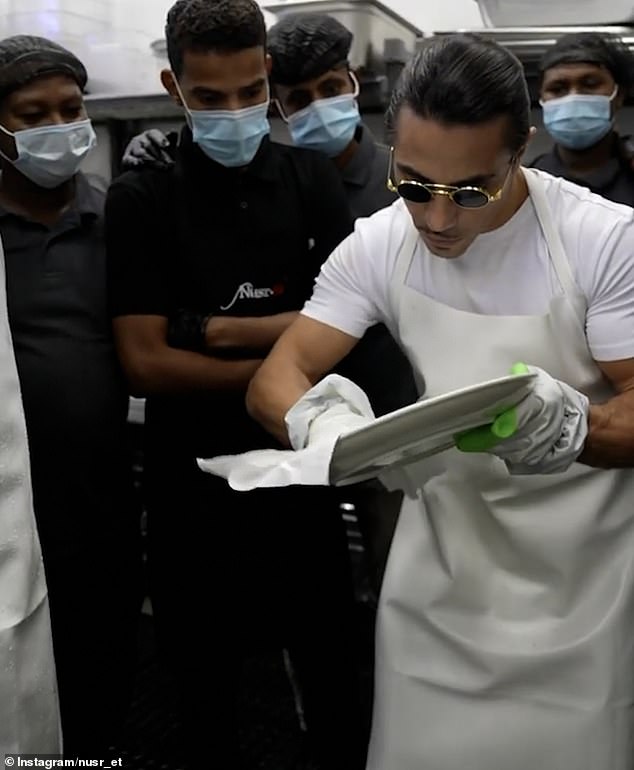 He told his staff to ‘Focus, clean all the time’ while wiping the dish in an exaggerated fashion

The businessman has more than 40 million followers on Instagram and has a range of high-profile restaurants around the world – where he charges up to £1,450 for a steak.

He has spent the past two months in London having opened his flagship restaurant Nsur-Et.

He is now preparing to open his latest venture in Riyadh, Saudi Arabia.

During his brief stint in London, Salt Bae was central to several controversies – with one diner showing a receipt for almost £40,000.

He also posted footage of Vietnam’s Minister for Public Safety, To Lam, enjoying a £1,450 gold encrusted steak at his London restaurant.

The Knightsbridge restaurant has developed a strong celebrity following with fans hoping the chef will attend theme personally on their table, dispensing salt in his ostentatious fashion.

A Red Bull at the restaurant costs £11 while some mashed potato is £12. A bottle or still or sparkling water is a further £9.

Other vegetables such as asparagus and broccoli costs between £14 to £18. 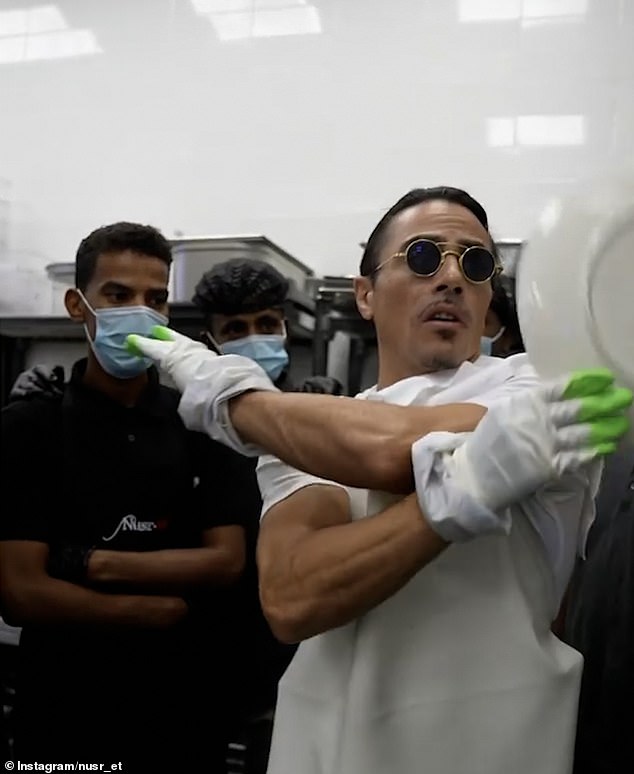 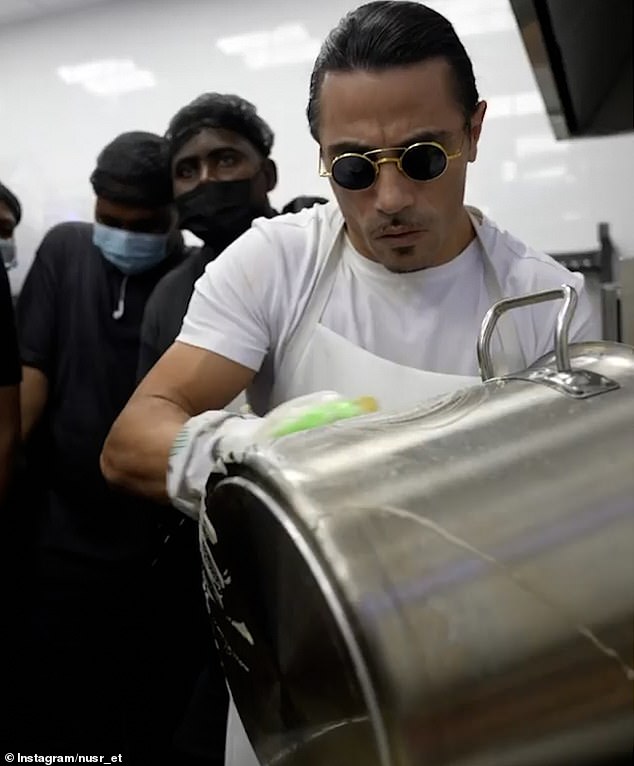