A fiery row erupted in the Commons chamber when a female Labour MP was told to ‘sit down’ by a group of Tory MPs.

Sarah Owen, MP for Luton North, was responding to a speech by Segfield MP Paul Howell when several Tory MPs told her to ‘sit down’.

Ms Owen responded to the yelling by saying: ‘Do you want to tell me to sit down out there?’

Conservative MP Shaun Bailey then argued that her conduct had been ‘threatening’ and was told by Deputy Speaker Dame Winterton that his own behaviour had not been courteous. 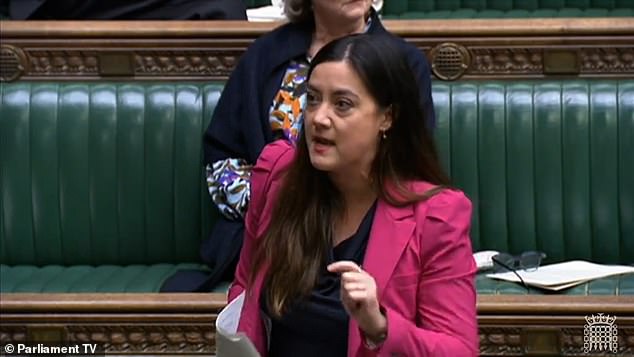 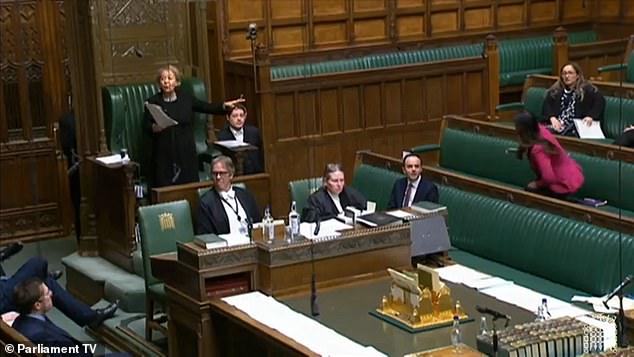 The Deputy Speaker, Dame Rosie Winterton, was forced to intervene as Conservative MPs shouted across the chamber

The squabble comes after Conservative MP Paul Howell apologised for suggesting three female Labour MPs, including Ms Owen, should ‘shut up’ in a recent Commons debate.

Mr Howell was later accused in an HuffPost article of failing to declare his 17 properties during that same debate, which could have been a breach of the Code of Conduct.

During the debate, which was about whether Liz Truss and Kwasi Kwarteng should be allowed severance pay, he accused Labour of ‘scaremongering’ about Liz Truss’s mini budget.

Rules say MPs should disclose any interests which might impact their position in a debate ‘on almost any occasion’. 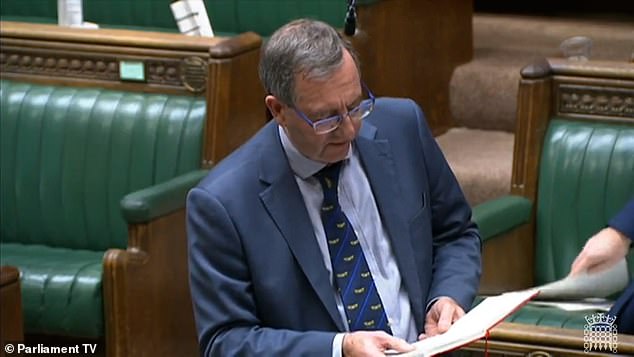 Paul Howell, MP for Sedgefield, was responding to criticism over a failure to disclose the number of properties he owns during a debate about economic policy

Raising a point of order in the chamber on Monday, the Sedgefield MP said the accusations on social media that he did not give an appropriate declaration of his interests were not true and that he had checked with the Commons Speaker’s office.

He then added: ‘Can I ask whether when a member of the opposition shadow cabinet and indeed an opposition whip repeats such a thing in the social media as an attack on my integrity, whether that should be apologised for here?’

Dame Winterton reminded the chamber that she was not responsible for the conduct of MPs outside of the House of Commons.

Further to his point of order, Ms Owen, who retweeted the article on Mr Howell’s properties, said she would ‘totally respect and take on board the advice’ from Sir Lindsay Hoyle’s office for conduct in the chamber.

The Luton North MP said Mr Howell should have declared his interests.

‘Outside this place, thousands of people are struggling to pay their mortgage or afford one home, let alone 17. And now (they) may have found it not declarable… not declarable, but relevant.’

As she tried to continue her speech, several Tory MPs could be heard shouting from across the benches, forcing Commons Deputy Speaker Dame Rosie Winterton to intervene.

Dame Winterton said: ‘The honourable lady has the right to have her say and don’t challenge me.’

Ms Owen added: ‘I’d be grateful, Madam Deputy Speaker, for your advice on how members like myself should respond when the honourable member for Sedgefield tells me to, and I quote, ‘shut up’ in this chamber, where I speak for my constituents and now he is also attempting to shut me up online as well.

‘What message does this send to women who want to be in politics when they see men like that?’ 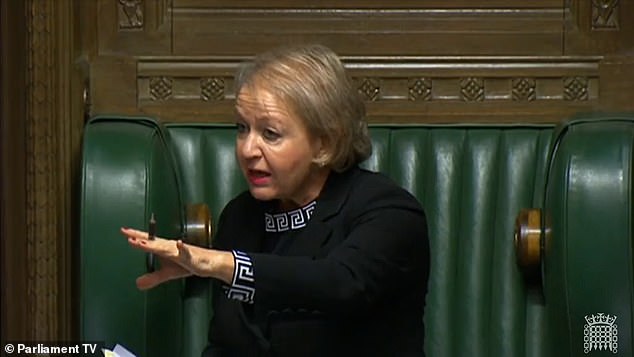 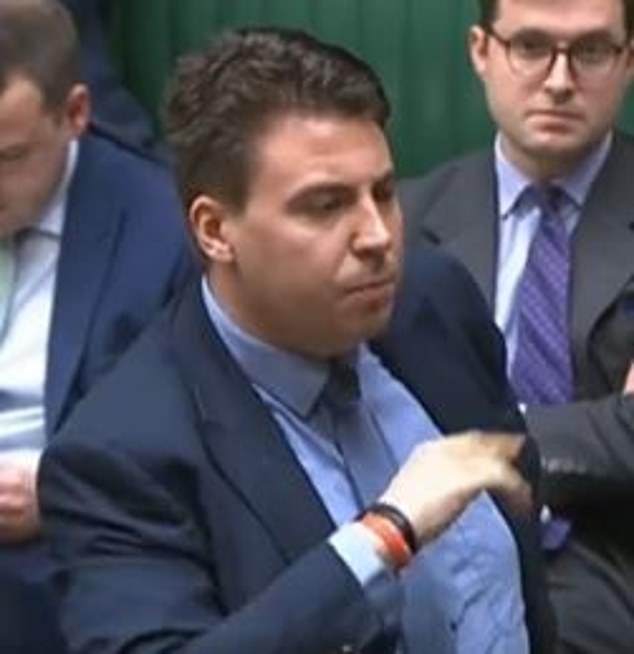 Conservative MP Shaun Bailey (West Bromwich West), alongside others, could be heard telling Ms Owen to ‘sit down’ as she spoke.

The Labour MP replied: ‘Do you want to tell me to sit down out there?’

Mr Bailey then raised another point of order to ask Dame Winterton: ‘The honourable lady just turned around and said: “you want to tell me to sit down out there?”

‘Now, I am pretty sure to me that sounds quite threatening. Is that in line with the code of conduct and members of this House?’

Dame Winterton said Mr Bailey’s conduct had been ‘not very courteous’ and that the incident was not a good ‘advert’ for Parliament.

The Deputy Speaker added: ‘So I think that this has indicated that two honourable members have put their points of view on record, I do suggest we leave it at that. ‘That was not a very good advert for how our Parliament should work.’