Paris: A “wall of shame” has been built in Paris to separate a park frequented by crack cocaine addicts from a neighbouring suburb, drawing the ire of politicians who say it does nothing to tackle the city’s drug problem.

Residents of Paris’s 19th arrondissement have pointed out that it takes two minutes to walk around the structure that blocks a bridge underpass.

The conflict could loom large in France’s presidential race, where Paris Mayor Anne Hidalgo is playing up her record of managing the capital in a bid to unseat Emmanuel Macron.

Paris Police Chief Didier Lallement told Hidalgo the wall was a “necessary protection for the residents of Pantin”, which is part of the Seine-Saint-Denis department, one of the poorest in France.

Lallement and Hidalgo have crossed swords repeatedly over the Socialist mayor’s request for more supervised drug-use sites, a proposition rejected by many on the right. 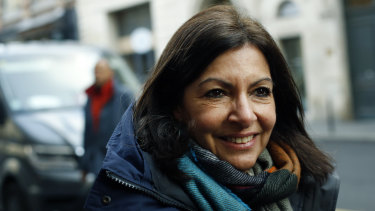 So far, just one is open in the capital, and Hidalgo was forced to abandon plans for a new one in eastern Paris this month after uproar from residents.

Valerie Pecresse, a right-wing presidential candidate, said during a visit to the area that “a wall isn’t going to solve the problem”.

The answer, Pécresse said, was “not to move drug addicts from one place to another”, but “to create a real drug addiction centre to help addicts get off drugs and get off the street”.

“It’s by nature a temporary solution for an emergency situation, and does not satisfy anyone,” Justice Minister Eric Dupond-Moretti admitted to RTL radio, according to The Local.