The owners of Warwick Castle have been urged to put a 17th century painting of a ‘black servant’ back by historians after the removed the picture fearing it had links to slavery.

Historians Aaron Manning and Adam Busiakiewicz have criticised the removal as ‘a failed opportunity’, saying the wall painting would be better on display so the controversial topic can be debated by visitors.

Manning and Busiakiewicz think that the painting should be put in a new, more prominent location so that guests have a greater opportunity to discuss the issue of the slave trade.

Merlin Entertainments, who own the castle, said the picture had been removed to be sensitive ‘in the light of increased awareness of historical links to the slave trade’. 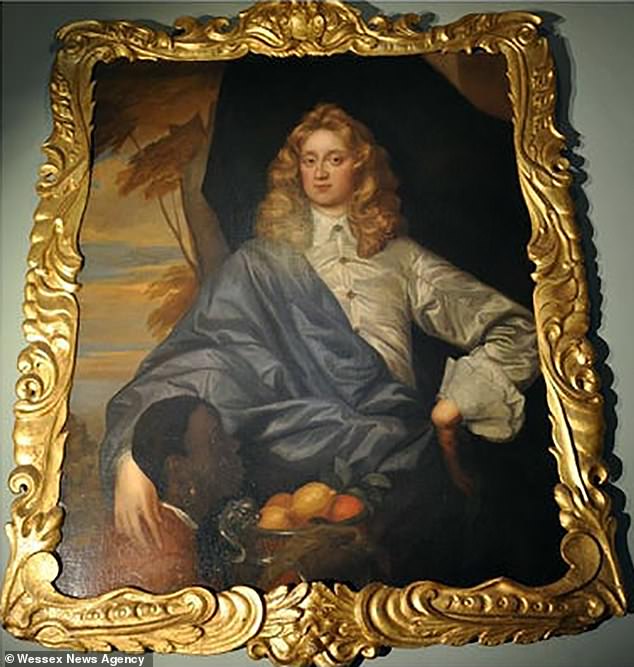 However, the historians believe that by removing the painting, Merlin are demonstrating a reluctance to address the topic.

Manning said: ‘This is the only painting in the castle collection that visually represents the Greville family’s colonial interests and investments during the seventeenth and eighteenth centuries.

‘I hope the castle are working to re-display it prominently with new interpretation on the castle’s rich and diverse history.’

While Busiakiewicz said: ‘As one of the most popular and significant historic sites in Warwickshire, it seems a terrible shame to deny visitors a chance to see the painting and make up their own minds about the life of this forgotten figure in Warwick Castle’s past. 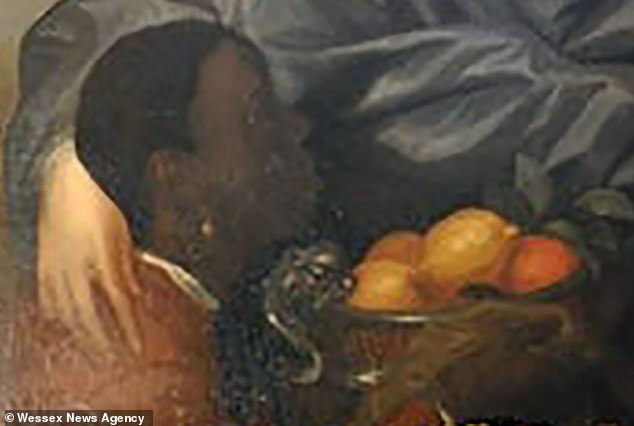 The picture, which is worth a small fortune, is a portrait of the castle’s former owner Robert Greville, the 4th Baron Brooke, who died in 1677, being waited on by a black servant offering up a silver basket of lemons and oranges

‘Recent history has shown that usually once artworks have been removed from display in the castle, they have often ended up in auction houses waiting to be sold.’

The decision to remove the picture was not taken lightly though, as Nick Blofeld, the divisional director of Warwick Castle, said that a review was carried out into the subject matter of the painting earlier this year.

He said: ‘The painting has been removed from display to allow our archivist to study it in full. The review will allow us to make an informed decision regarding redisplay or otherwise of the painting in due course.

‘As a leading heritage attraction, Warwick Castle has always, and continues to be committed to showcasing over 1,100 years of history in an authentic and responsive way.’

The picture, which is worth a small fortune, is a portrait of the castle’s former owner Robert Greville, the 4th Baron Brooke, who died in 1677, being waited on by a black servant offering up a silver basket of lemons and oranges.

Both Manning and Busiakiewicz recently produced an article for Our Warwickshire which looked into slavery documents found in Warwick Castle’s archive.

They show that the 18th century Earls of Warwick owned plantations and slaves in Tobago and one set of mortgages even list the names of the 53 slaves kept there.

The article also looks at a forgotten memoir which details the visit Henry Greville 3rd Earl of Warwick made to the Slave Market in Constantinople in 1803.

A castle at Warwick was begun by William I in 1068 as part of a plan to safeguard the Midlands before advancing against the Northern rebels.

He passed the custody of it to Henry de Beaumont, a younger son of a powerful Norman family, and in 1088 William II rewarded Henry’s loyalty by creating him Earl of Warwick.

It was owned by the Greville family, whose heads of household became Earls of Warwick in 1759, until in 1978 it was bought by the Tussauds Group for £1.3 million and opened as a tourist attraction.

By 2001, Warwick Castle was named one of the UK’s Top 10 historic houses and monuments by the British Tourist Authority and was attracting over half a million visitors a year.

In 2007, the Tussauds Group was purchased by the Blackstone Group, which merged it with Merlin Entertainments.

The castle was then sold to Nick Leslau’s investment firm, Prestbury Group, under a sale and leaseback agreement.