The number of people dying of Covid-19 in England and Wales rose for the first time in five months in September.

Office for National Statistics data published today showed that 99 people were killed by the disease in the week ending September 11, up from 78 a week earlier.

Although still the second lowest number of registered deaths since March, the 27 per cent rise could show a change in the downward trend that lasted for 20 weeks.

The ONS count chimes with official numbers of deaths announced each day by the Department of Health – that daily average began to rise again on September 7 from seven per day to 22 a day yesterday.

All signs point to the virus rebounding in Britain now that lockdown rules have lifted and the Government’s chief scientists warned yesterday that the nation must act.

The UK could see a crisis-level 200 deaths per day in November if action isn’t taken soon to stem the rising tide of cases, chief scientific adviser Sir Patrick Vallance warned.

The ONS report did not commit to warning of a rise in Covid-19 deaths as it has with cases, but issued a caveat that the August bank holiday may have meant the previous week’s deaths were unrealistically low.

The report’s increased number of death registrations showed that the number had risen for the first time since the week of April 17.

ONS data counts the number of people who have died of Covid-19 by trawling through death certificate records to look for mentions of the disease.

It includes anyone who had a suspected case of the disease, as well as those who actually tested positive. The Department of Health only counts positive-tested patients.

As a result, the ONS’s estimate of the total number of people to have died from the disease is considerably higher.

It today puts the figure at 49,869 in England alone, while the Department of Health counts 36,999 who died within a month of diagnosis, or 40,923 within two months.

ONS experts show that there have this year been 53,376 more deaths than would normally be expected, known as ‘excess deaths’.

The vast majority of these, it is understood, can be attributed to the Covid-19 pandemic in some form. Even if people have not been directly killed by the virus they may have missed life-saving medical care during lockdown, for example.

AREAS WITH THE MOST COVID-19 DEATHS (TOTAL) 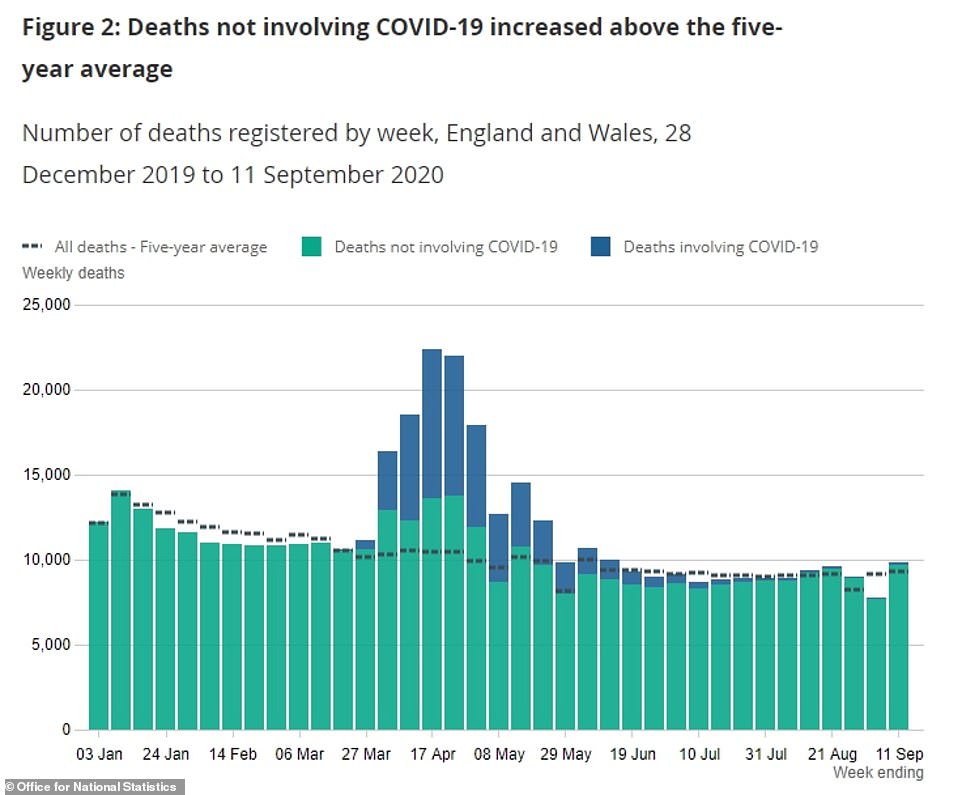 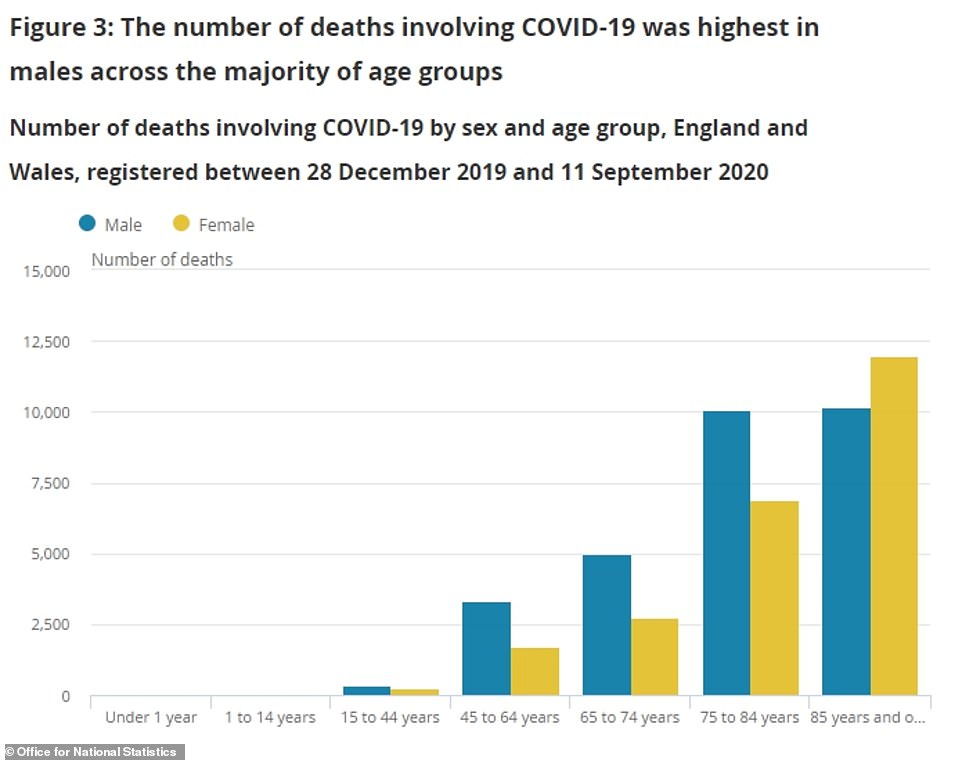 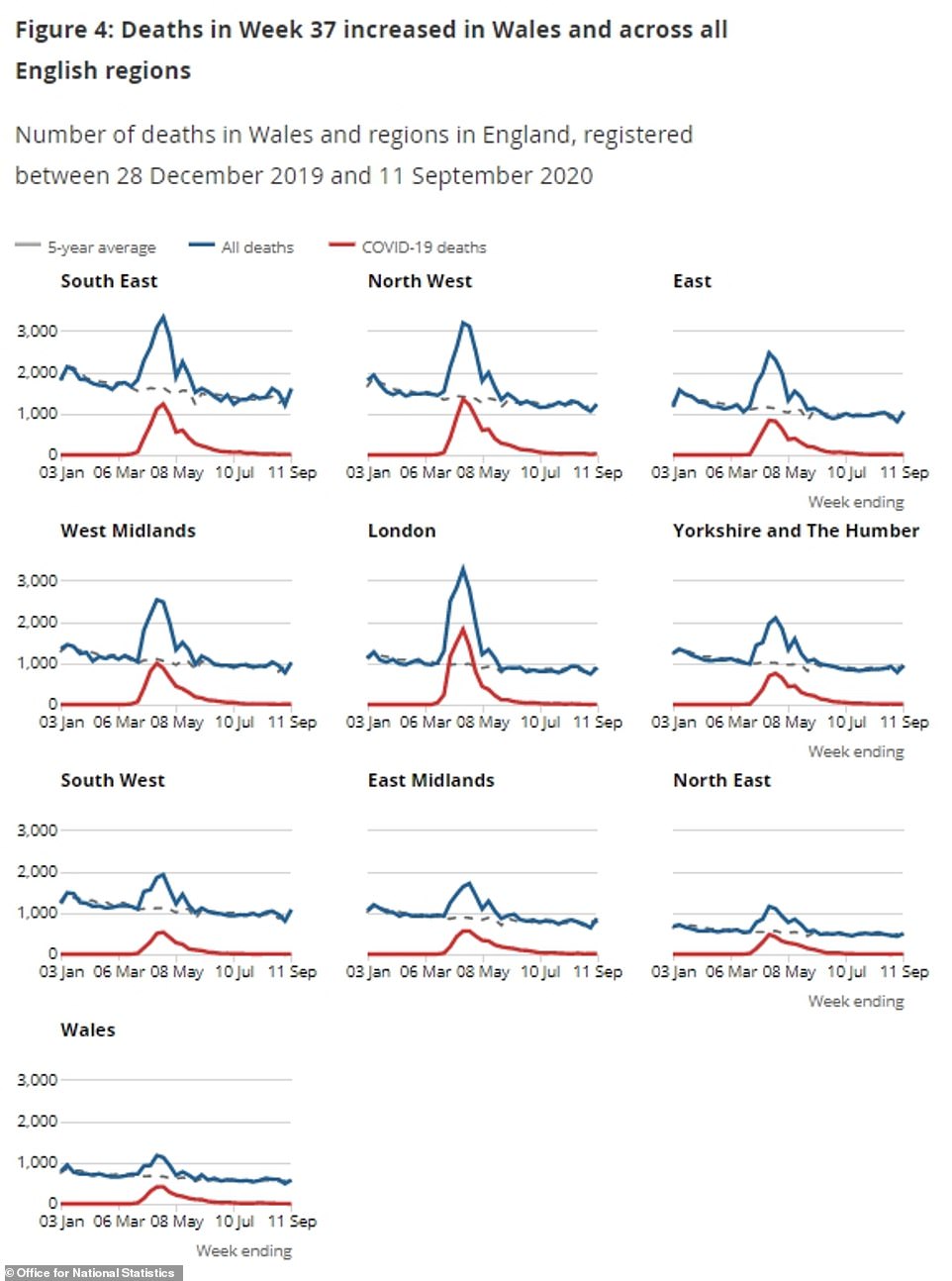 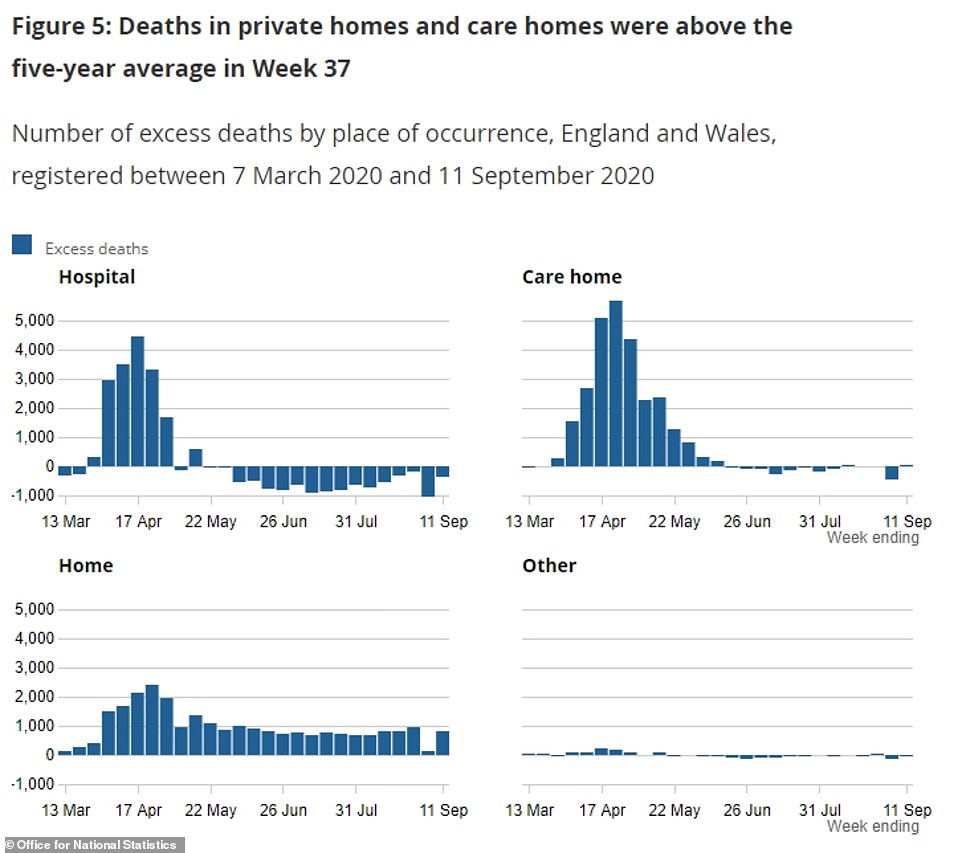