‘What’s f***ing wrong with her? Welsh Assembly politician abuses his Labour colleague – without muting himself – during toe-curling virtual Zoom session

Wales’ health minister has apologised after being caught swearing about a Labour colleague in a video conference – to the appalled horror of everyone else on the call.

Vaughan Gething could be heard muttering: ‘What the f*** is the matter with her?’ in reference to Cardiff Central AM Jenny Rathbone.

The blunder was made after he left his microphone on by mistake in a virtual Welsh Assembly session conducted via Zoom this afternoon.

Ms Rathbone had been asking questions about the Welsh Government’s response to the coronavirus crisis, the BBC reports, before the gaffe, which left colleagues open-mouthed, laughing, and covering their faces in shock.

Mr Gething has since apologised to his colleague, as opposition leaders have called for him to be sacked.

He tweeted: ‘I’m obviously embarrassed about my comments at the end of questions today. I’ve sent a message apologising and offered to speak to Jenny Rathbone if she wishes to do so. 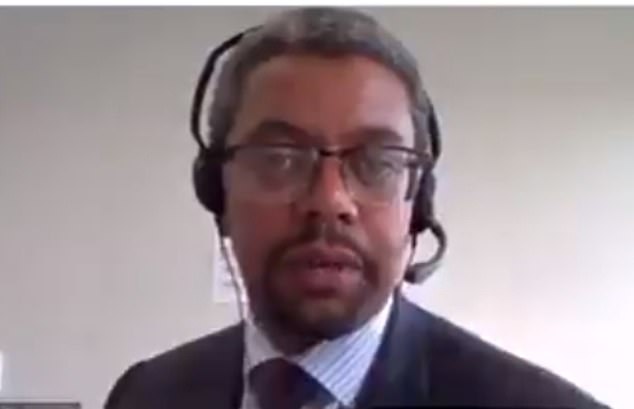 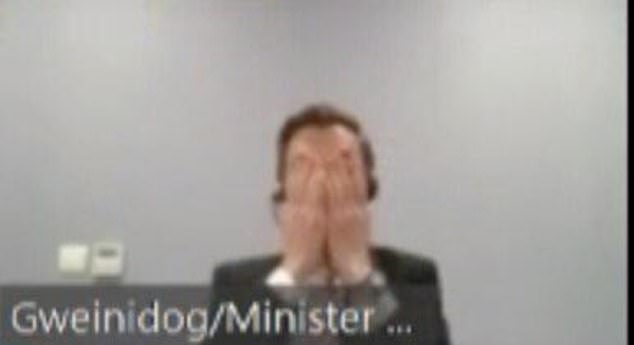 Colleagues covered their faces, pictured, as they reacted to the shocking incident on Zoom 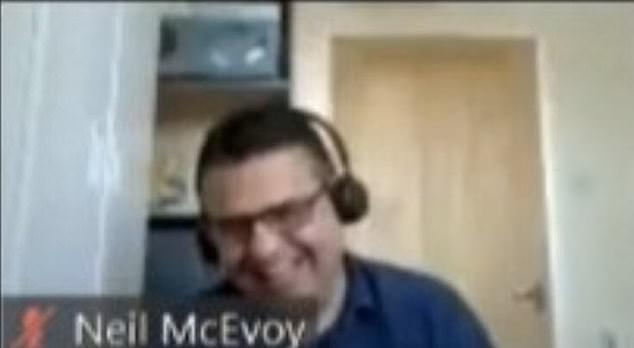 Neil McEvoy, pictured, saw the funny side of the gaffe, for which the health minister has since apologised

‘It is an unwelcome distraction at a time of unprecedented challenge.’

Mr Gething made the comments after ending his contribution to the day’s business, but they were quickly picked up on by fellow members, who urged him to turn off his microphone.

The meeting was halted after the incident, which saw Ms Rathbone get up from her seat and walk off camera.

Opposition parties, meanwhile, have criticised Mr Gething, with some calling for him to be sacked. 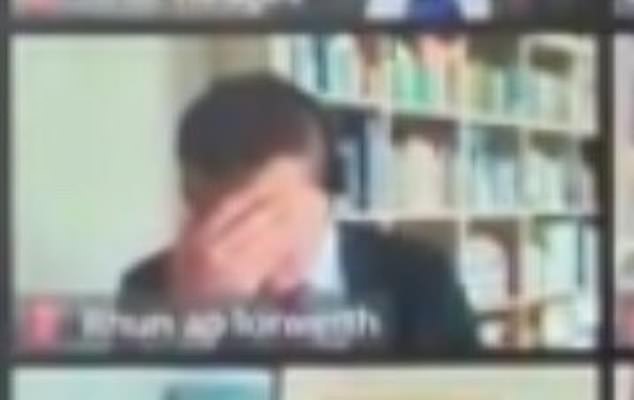 Mr Gething’s unexpected outburst was a head in hands moment for many present on the call, pictured 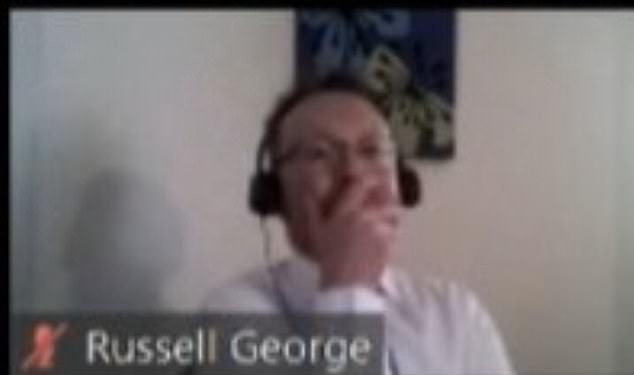 Russell George, pictured, appears to stifle laughter in response to the embarrassing blunder 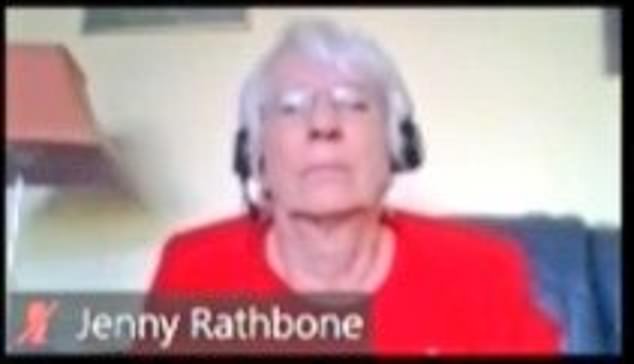 Jenny Rathbone, pictured, who Mr Gething was referring to, got up from her seat and walked off camera 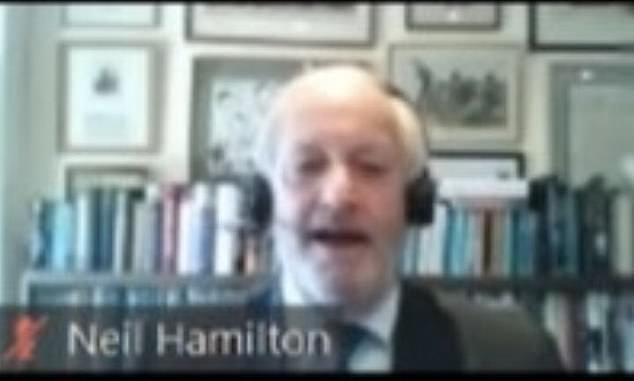 Neil Hamilton, pictured, was left open-mouthed after the microphone was left on by mistake

Adam Price, leader of Plaid Cymru, said: ‘The Health Minister has not only failed over the last month several times, he has failed to acknowledge that he has failed and aggressively attacks even those within his own party who question him.

‘He does not have the right attitude, skills or temperament to lead the Government’s response to the coronavirus pandemic.

‘To maintain public confidence the First Minister needs to relieve him of these responsibilities with immediate effect.’

The Welsh Liberal Democrats added in a statement: ‘He should not have made those remarks, whether his microphone was muted or not.

‘However, we all need to be focusing on what is most important – tackling this deadly pandemic by ensuring we increase testing and give families and businesses the support they need.’

Trump calls for states to be ‘liberated’ from coronavirus lockdowns

Bill Pullman hits back at Trump for tweeting spoof video