Thousands of footy fans have lined the Yarra River to watch the players pass on boats for this year’s grand final parade.

Onlookers packed the river banks to see the Geelong and Sydney player pass on pontoons and in personalised boats ahead of the Saturday’s grand final.

It’s the first time in three years the grand final parade has been held in Melbourne after the COVID-19 forced the decider interstate in 2020 and 2021.

The revamped parade featured a flotilla for the first time, with players onboard pontoons.

Sydney fans the Brewer family have supported the club since they were based at South Melbourne.

David Brewer said he couldn’t have a better team to support. 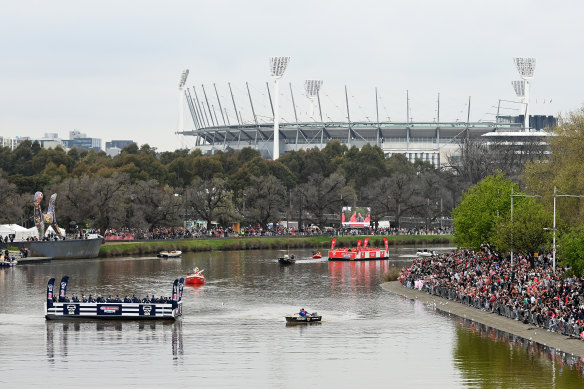 Fans line the Yarra River to see players pass in the parade.Credit:Getty Images

He said he believed his beloved Swans could triumph tomorrow.

“Well, it’s gonna be a tight, tight game. I think we’ve got the goods on the Cats,” he said.

Cats fan Sally Mills is originally from Queensland but her husband Michael White is a lifelong Geelong fan. 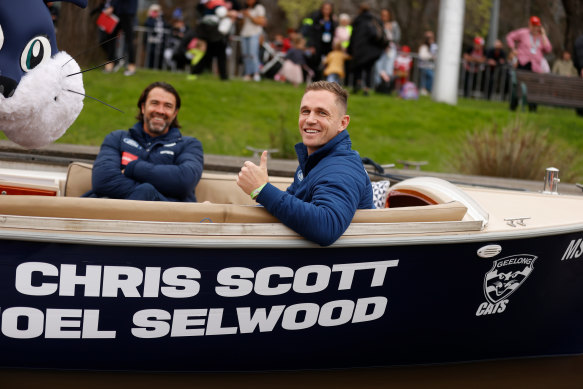 “I feel like I would have been booted out of the family if I didn’t (support the Cats),” Mills said.

The couple left from Gippsland with their family at 6.30am to arrive in time for the parade.

As the flotilla moved towards Birrarung Marr crowds followed and then headed to the MCG.

But some fans stationed at the Princes Bridge were disappointed with how the parade went.

Spectators packed the bridge up to five people deep then watched as the pontoons turned earlier than they expected.

To the Batmobile! Stowaway bat hides in car from France to Hartlepool