AN ECCENTRIC pair branded "Cherubs from hell" are the world's most modified couple with 50 piercings, 14 implants and a forked tongue between them.

Tattoo addict Victor Hugo Peralta and his wife Gabriela have both had their eyes inked and undergone extreme surgeries to transform their bodies – with Victor describing himself as a "beautiful monster". 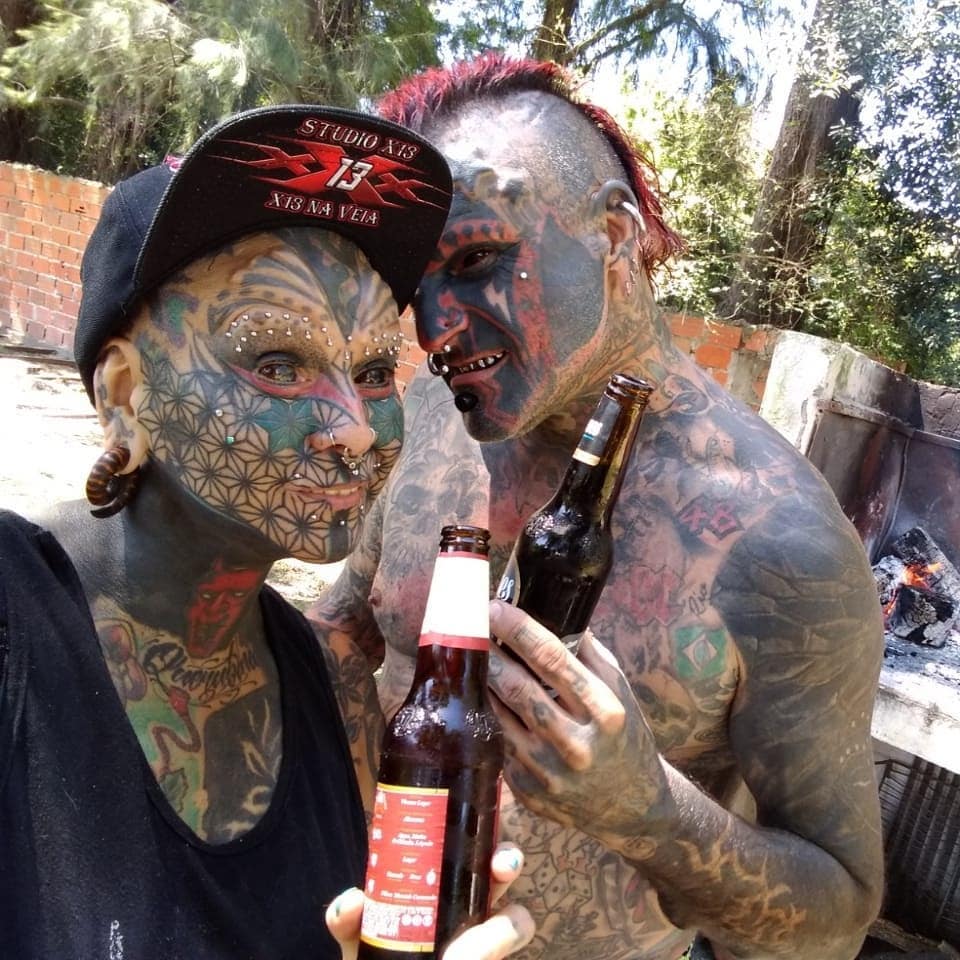 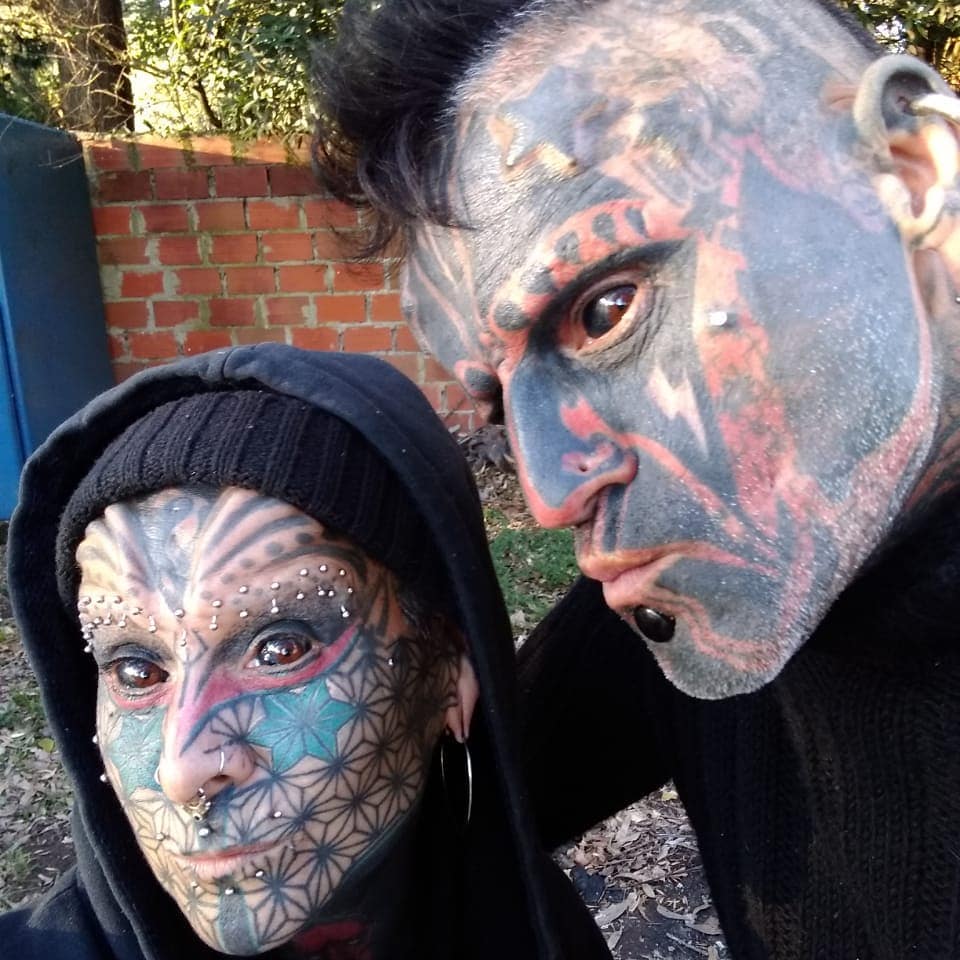 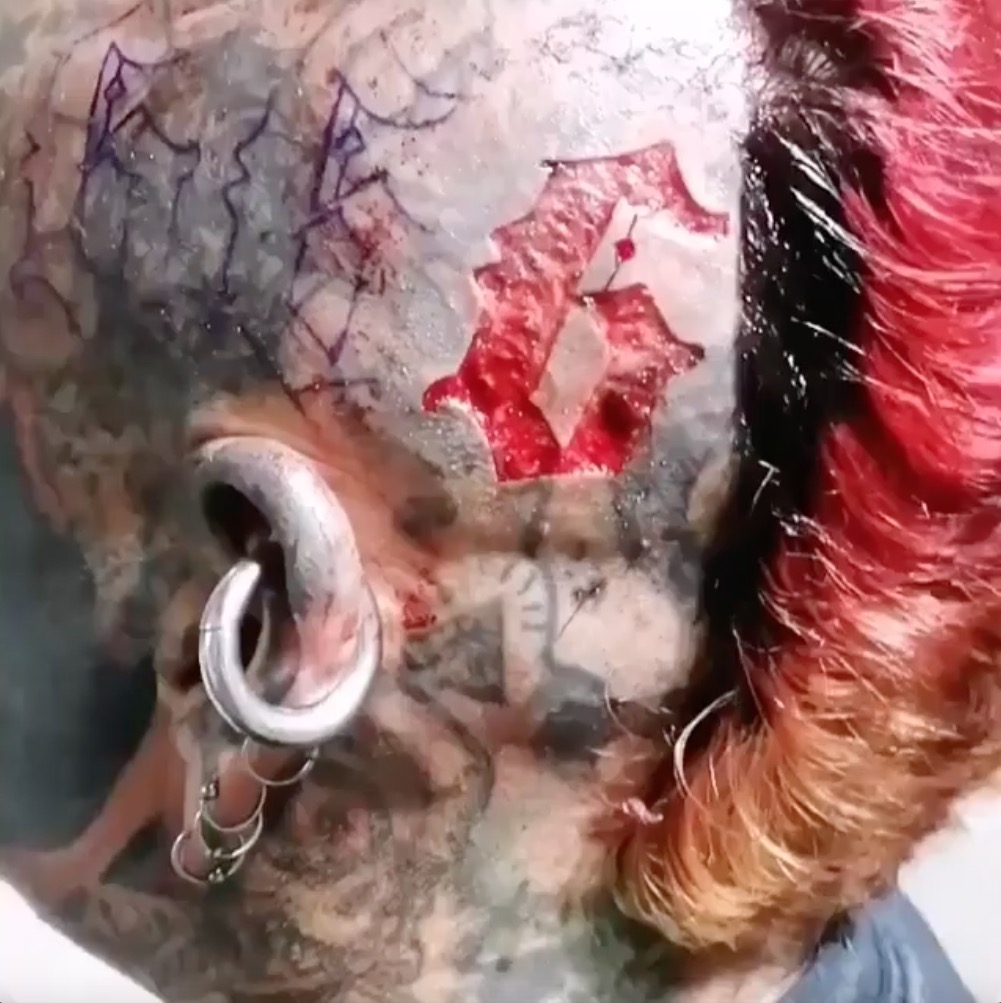 With an incredible 84 body modifications between them, they have the record for the most for a married couple.

Circus performer Victor, from Uruguay, and Gabriela, from Argentina, have been together for more than 20 years and thrive on their love for body art – which they admit comes at a painful cost.

Victor – who did his first tattoo himself aged just 13 and now has95 per cent of his body covered- says his most painful inking was at the end of his penis, but says that did not compare to the agony of pigmenting his tongue.

"That was very annoying and painful and made it difficult to breathe for a few hours," he previously said.

His circus act sees him hang from metal hooks piercing his skin.

In 2020, Victor even went to another level of extreme by having a large number six carved out of his scalp.

He got a pal to cut out a section of skin to leave him permanently scarred – and he planned two more to make the fabled "number of the beast" 666.

A tattoo artist for more than two decades, Victor is covered head to toe in inks by more than 80 artists around the world.

Speaking in 2020, he said: “From a very young age, I was attracted to colourful art.

He also has piercings – at one point more than 40 just on his face – and other modifications such as star-shaped implants in his forehead, metal teeth, lobe expansions and ear incisions.

He once had his scrotum pierced, but now only wears piercings in his septum, ears and nipple.

Victor said: “These days I do not have so many piercings.

"I had around 40 on my face a long time ago, but my favourite was the septum.”

Defying haters, Victor says his family "encourage" his transformation as he is "unique".

He added: “There are many people who do not agree with this style of life and criticise me for not understanding the taste of others.

“But I don't pay attention to them. I am unique, I do not want to look like anyone, they are my ideas and designs executed by friends.

“I am a beautiful monster.”

It comes after a man had part of his hand chopped off to chase his wild dream of becoming a "black alien".

Anthony Loffredo has also split his tongue, covered himself head to toe in tattoos and piercings, and even cut off his nose – but says he has only so far achieved 34 per cent of his extraordinary transformation.

The 33-year-old, from France, is hell-bent on his mission to become a "black alien" and is no stranger to the operating table, having had his upper lip removed last year. 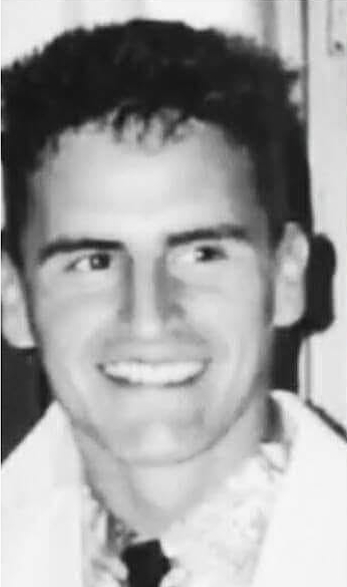 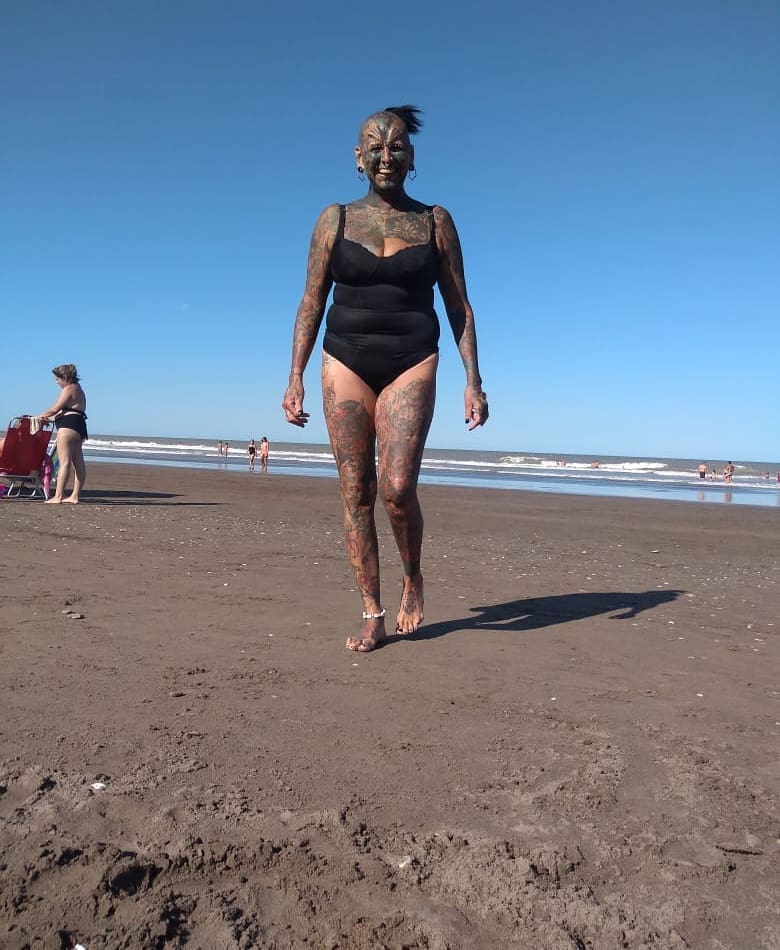 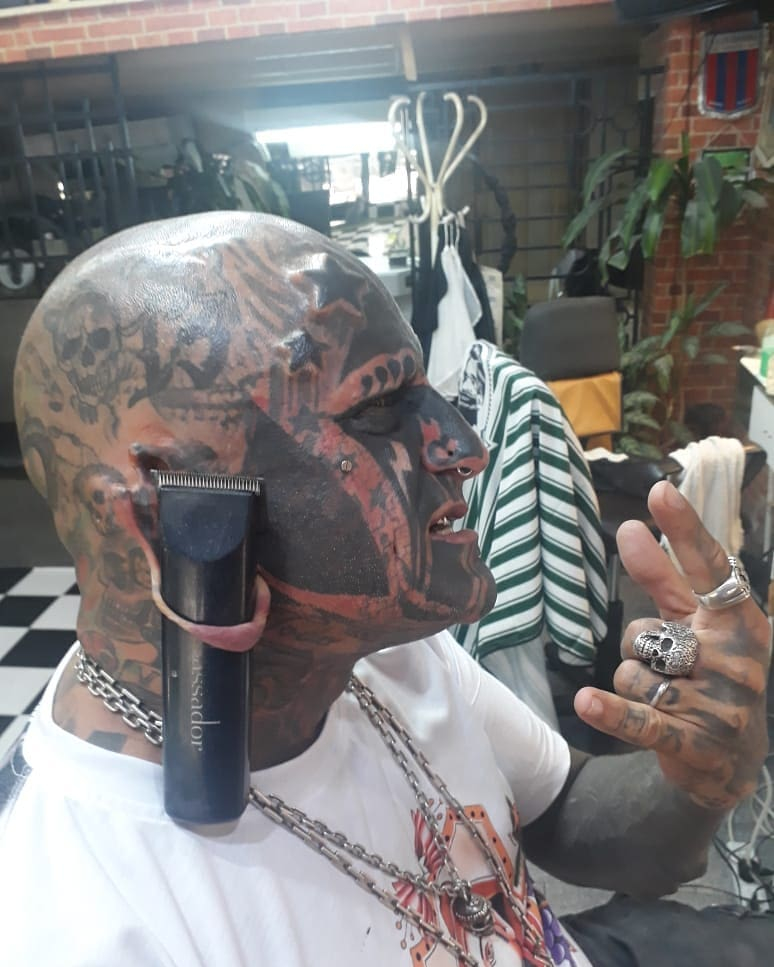 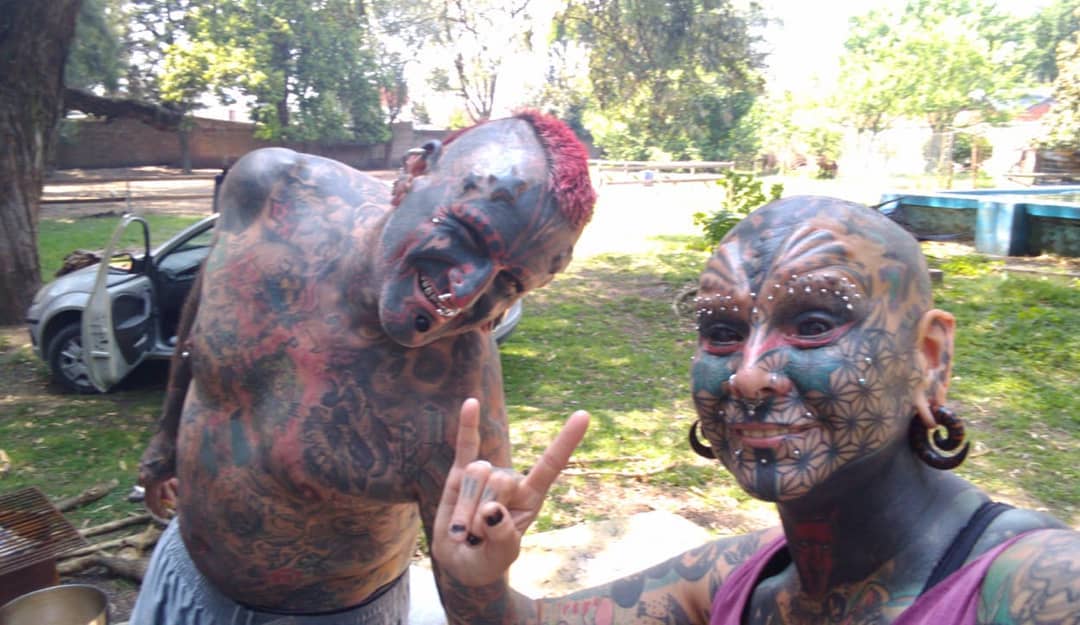