Home » World News » What does the Medusa tattoo mean?

TATTOOS are often inspired by personal memories, meanings and emotions.

So why are thousands of social media users all sharing their Medusa inkings and what is the meaning behind them? Here's what we know. 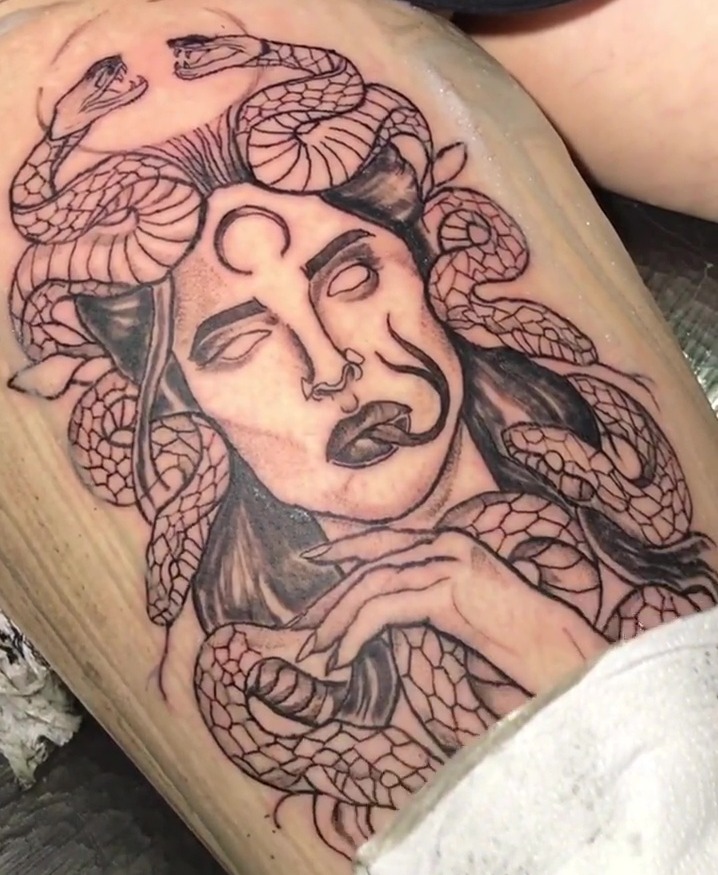 What does the Medusa tattoo mean?

The Medusa tattoo has been a hot topic on TikTok in in late 2021.

It comes after @r.bree.xo showed off her inking alongside the words: "A lot of people didn't realize the meaning of a Medusa tattoo.

"If you do, I am so sorry you went through this too. You are so strong."

Those left in the dark of the deeper definition behind the Greek mythological creature were somewhat confused when legions of other users began to share their Medusa tatts with similar messages.

So what does it mean?

According to Greek mythology, Medusa was once a beautiful young woman with men lusting after her.

Her beauty caught the attention of sea god Poseidon, who raped her in the sacred temple of Athena.

Furious at the violation of her temple, Athena turned Medusa into a snake-headed monster with the ability to turn anyone who looks at her to stone.

Some variations of the myth suggest this was a blessing rather than a curse as it gave Medusa the ability to protect herself after being sexually attacked.

In the modern world, Medusa has now become a symbol of survival and strength to sexual assault victims.

Is the Medusa tattoo offensive?

The Medusa tattoo is not regarded as offensive as it has now been adopted as an emblem of power for sexual assault survivors.

Medusa is recognized as a victim rather than a villain, which gives the inkings of her a poignant meaning.

It has become a symbol for combatting the culture of victim-blaming, as Medusa was a woman made into a monster for her own rape.

One TikTok user explained: "That's why a lot of people have this tattoo, because if they were, they are victims, it is like empowering yourself, taking back your power type of thing."

Medusa is also considered as a mythological figure who has the ability to deter evil forces.