The wife of a British millionaire who died when he was thrown from his luxury yacht after it hit rocks off the coast of Sardinia says her ‘life changed in a matter of seconds’.

Company director Dean Kronsbein, 61, suffered a fatal heart attack after he landed in the water when the captain of his yacht, Amore, was forced to take evasive action to avoid another vessel bearing down on them.

His wife Sabine, 59, suffered serious injuries in the incident as did their daughter Sophia, 27, who has undergone treatment in a specialist head injuries hospital.

Sabine told investigators asking her what happened: ‘All I remember is the other yacht coming for us at speed and then our captain said “everyone on the floor, everyone down” and then we hit the rocks.

‘My life has changed in a matter of seconds, I’m devastated by what’s happened, everything has changed but I want to defend the captain of our yacht for his actions, he was trying to save us. He didn’t do anything wrong.’

MailOnline revealed earlier this week how Amore’s captain, Mario Lallone, 67, had been placed under investigation, along with Luigi Cortese, the skipper of Sweet Dragon, another boat involved in the tragedy which happened off the coast of the Italian Mediterranean island of Sardinia.

Both men face possible manslaughter and wounding charges and have been questioned by local prosecutors and coastguards following the incident which happened on Sunday evening as the Amore headed to the exclusive resort of Porto Cervo where Mr Kronsbein has a villa. 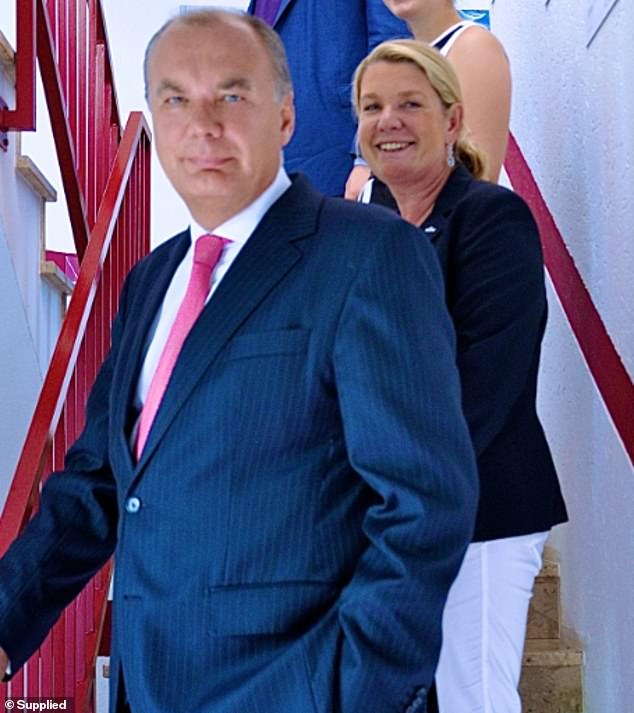 Sabine, 59, (pictured with her husband Dean Kronsbein) suffered serious injuries in the incident as did their daughter Sophia, 27, who has undergone treatment in a specialist head injuries hospital 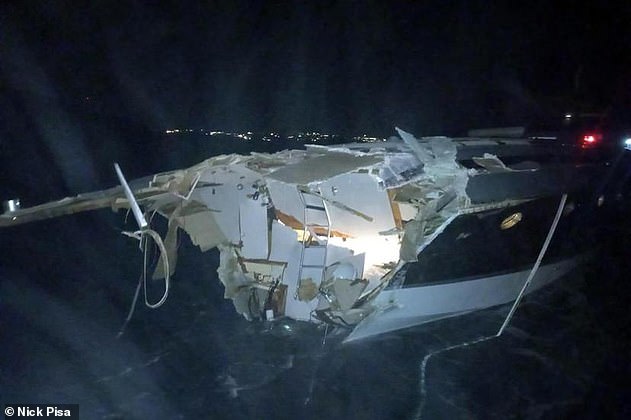 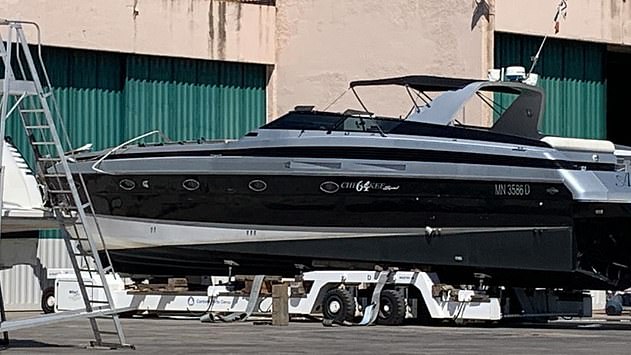 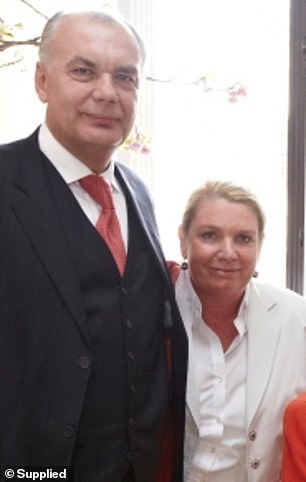 Sabine, 59, with her husband Dean Kronsbein, 61, who died in Italian yacht crash

The captain of the Amore has already told investigators he was forced to take evasive action as the Sweet Dragon – which is owned by controversial former Italian PM Silvio Berlusconi – headed towards Mr Kronsbein’s yacht.

In 2009 Sweet Dragon was at the centre of a scandal after pictures emerged showing scantily clad models being shuttled to Berlusconi’s villa on Sardinia onboard the boat.

Berlusconi – who once hosted former counterpart Tony Blair and wife Cherie at his home on the island – was not onboard the Sweet Dragon but extended members of his family were and they will also be questioned.

As both vessels involved are less than 25 m there is no ‘gps blackbox’ on board and sources close to the case revealed that phones, I-pads and laptops were being seized from those onboard to try and track the courses taken by the yachts.

Both yachts have been impounded pending the end of the investigation which is being carried out by prosecutors Gregorio Capasso and his colleague Enrica Angioni.

Lawyer Egidio Caredda told MailOnline: ‘They just want to find out exactly what happened so they have the full picture of the circumstances leading ti Mr Kronsbein’s death.’

MailOnline can also reveal that Sabine and Sophia will fly back to the UK later on Thursday on board two specially chartered medical flights.

A source said: ‘They still have some way to go in terms of recovery but it is felt they would be better returning home so doctors in Britain can continue their care.

‘They will fly from separate airports as both are being treated in different parts of the island. The daughter will go from Alghero while the mother will fly from Olbia. The mother will be taken directly onto her plane in an ambulance which will drive her to hospital in England.’ 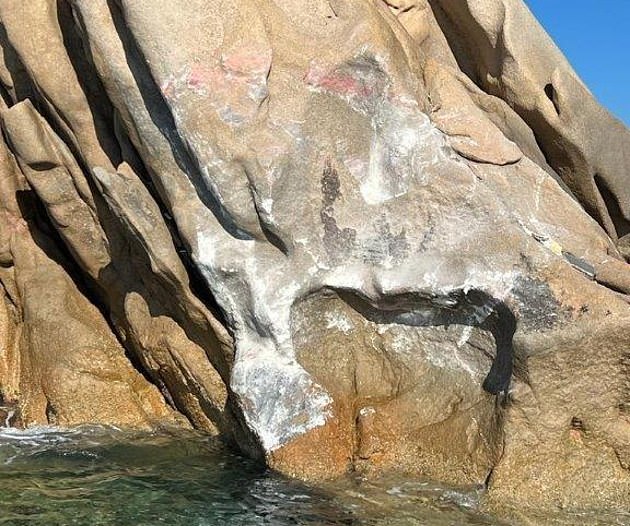 Paint was also left imprinted on the rocks that the vessel hit, killing one and injuring six – two of them with serious wounds. Mr Kronsbien’s wife Sabine, 59, and daughter Sophia, 27, were also seriously injured and taken to a hospital at Olbia before being transferred to a more specialist unit at Sassari 60 miles away 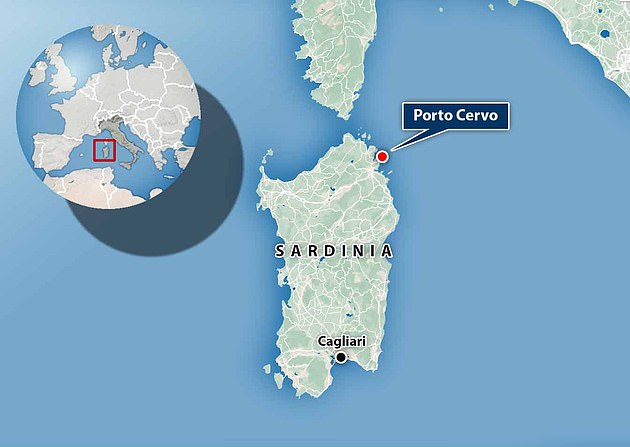 The crash happened near a set of islands called Il Nibani, which are around two miles off the coast from Porto Cervo, Sardinia

Dean’s sister, Sarah Kronsbein, posted on Instagram: ‘RIP my older brother Dean Kronsbein. I can not find words which explain what I feel. I will love you ! My thoughts are with Dean’s family.’

During the pandemic the firm distributed millions of masks across the country and took part in the Big Mask Giveaway. 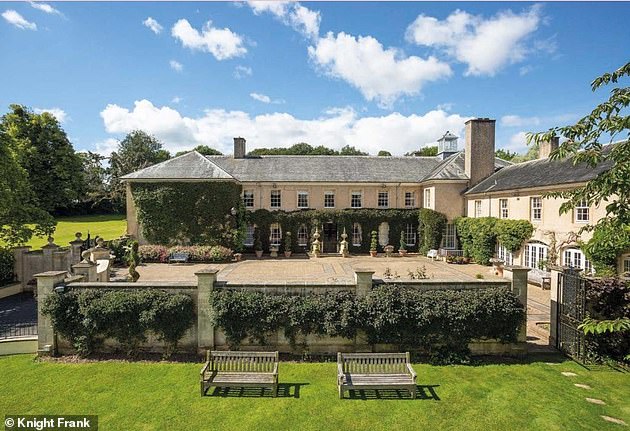 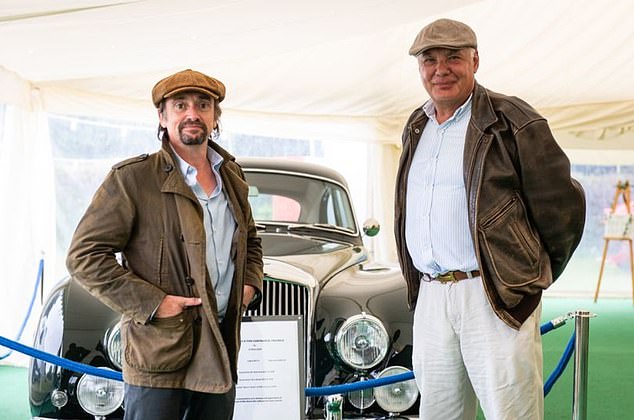 Earlier this week Richard told MailOnline he had been left ‘heartbroken’ at the news of Mr Kronsbein’s death.

He said:’ He really was a larger than life character and I know people often say this but he really was and the world needs more people like him. He was a big hearted fun character, who wanted people to enjoy themselves and he was an astute businessman.’

An autopsy is due to be carried out on Mr Kronsbein on Friday and the family have hired independent medical and maritime experts.

Ted Williams: Both sides in the Chauvin case 'have given as much' as they received