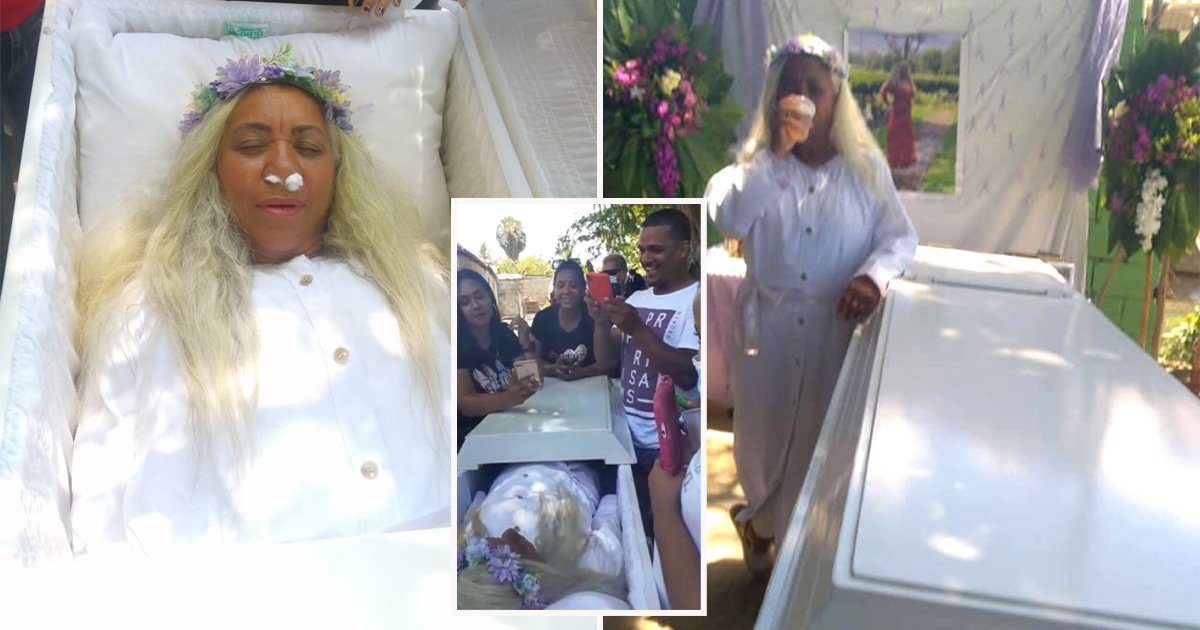 A woman rented a coffin for the day and staged her own funeral because she was desperate to see how her friends would mourn her.

Mayra Alonzo, 59, organised a full dress rehearsal of her wake in the city of Santiago in the Dominican Republic at the end of April.

The bizarre event saw her dress in white and lie in the coffin with cotton wool stuffed into her nostrils, to replicate what would have happened to her if she’d been in a mortuary.

Her friends and family then took turns to say their teary ‘final goodbyes’ with some doing a better job of fake crying than others.

Mayra spent several hours in the coffin while guests enjoyed refreshments and exchanged stories about their loved one.

The Dominican news site Listin Diario said the party cost the equivalent of £710 to organise, with the money going towards food, drink and coffin hire.

Mayra described the event as a ‘dream come true’ and thanked her friends, family and neighbours who helped to organise the fake funeral.

She said it was the number of deaths during the pandemic that inspired her to celebrate her life.

According to Listin Diario, Mayra warned loved ones not to die anytime soon as being inside the coffin was a very unpleasant experience.

National lockdown: Can you visit relatives in a care home?