Louise Ridley, a freelance journalist from London, asked for help on the note which read: "What kind of cough medicine does Dracula take? Con medicine." 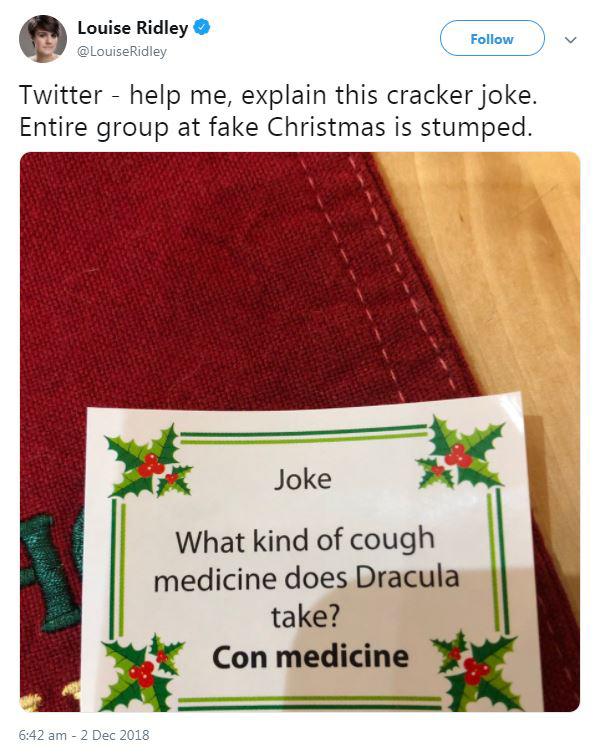 Some followers did their best to try and help Louise with the puzzle.

One user suggested: "It works but you have to say the punch line in the voice of the count from Sesame Street…then it's funny."

Another wasn't buying it, writing: "I can neither understand/explain this, nor think of an adequate punchline to go in its place. I do like that the entitled it 'JOKE'." 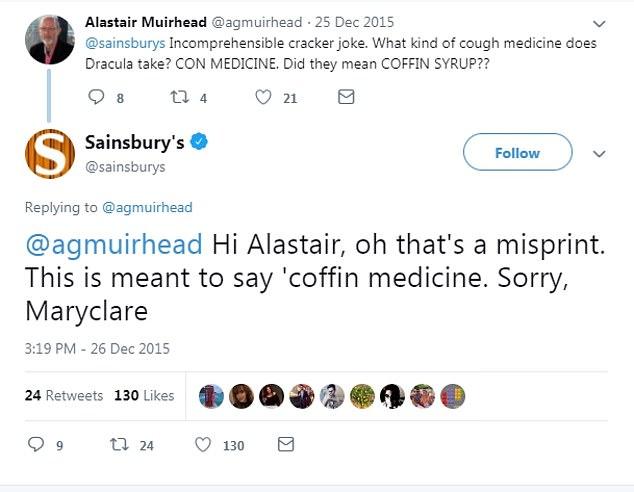 But help was at hand as others spoke out to explain it was simply a misprint and that the answer was meant to read: "Coffin medicine".

Some pointed out that the same error had been in circulation in Sainsbury's Christmas crackers for at least the last three years.

One wrote: "Couldn't stop thinking about your tweet and found a mumsnet link from dec 2015 asking the same thing lol".

Another added: "It strikes again!", while one wrote: "I’ve had that one two years running. I never got it."

Revealing that they had received the same strange joke, one wrote: "I’ve had that one two years running. I never got it".

Teen, 19, stabbed to death in street named as 18-year-old held on suspicion of murder