A Somerset woman claims that the view from her house has been ‘destroyed’ thanks to an ‘awful’ 50ft tall ‘forest’.

Val Horton’s bungalow used to overlook Solsbury Hill in Somerset, a location famously featured in a classic pop song by Peter Gabriel from 1977.

It is owned by the National Trust, and home to an Iron Age fort.

However the Leylandii trees planted in 2001 by her neighbour Valerie Vivian have now blocked the ‘wonderful’ view from Ms Horton’s dining room.

Ms Horton, a retired civil servant, has fought to have the trees cut down for 20 years, and hoped they would be cut under the High Hedges part of the Antisocial Behaviour Act. 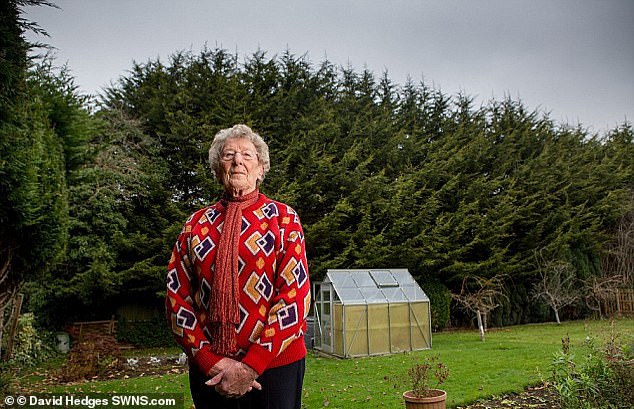 Val Horton’s bungalow used to overlook Solsbury Hill in Somerset, which is owned by the National Trust, and home to an Iron Age fort 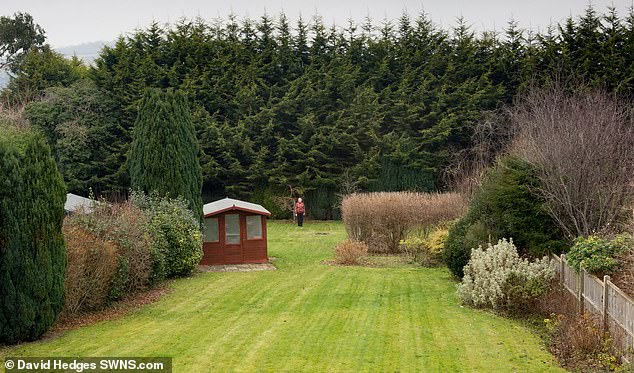 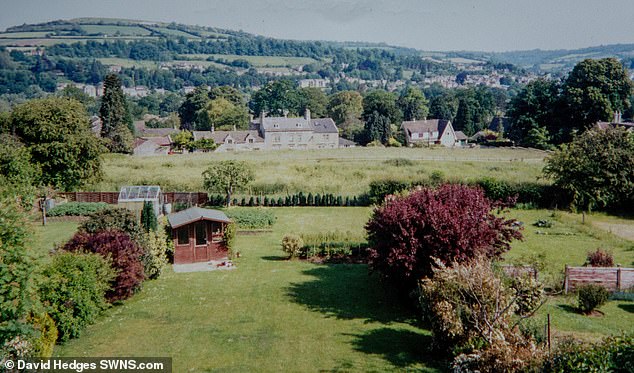 But because her home still gets enough light, and the trees do not block access to her property, Bath and North East Somerset Council cannot order the hedgerow to be cut short.

Ms Horton said that the issue with her spoilt view has ‘exhausted’ her.

‘This has had a big impact on all of our lives – to look over and see a forest of trees is pretty awful, but sometimes you have to admit defeat and that time has come’, she told The Sun.

‘I used to be able to grow vegetables down the bottom of the garden but that’s now impossible because the trees just blocked out all the light.’

Ms Horton said that the view from her home used to be ‘fantastic’ and protested the hedges with her late neighbour Betty Kelley.

‘For some, the issue to have these trees removed has been too much and poor Betty passed away without ever seeing it resolved,’ Ms Horton added.

Mrs Kelley lived in a bungalow with her husband Derek at the address worst affected by the hedge – Devonshire Road – for more than 20 years.

Speaking before her death, Mrs Kelley told The Mail on Sunday in 2016: ‘It was absolutely beautiful, but the view of Solsbury Hill has completely gone.

‘We used to be able to see it and that’s the only reason my husband bought this bungalow. He wanted that view, with a big window to be able to look out at it so that we could feel like we’re in the country. Now there’s nothing.’

Ms Horton said that other neighbours, who moved in after the trees were planted, see it as less of an issue.

She said they did not know how ‘beautiful’ the view was before, as they have nothing to compare it to. 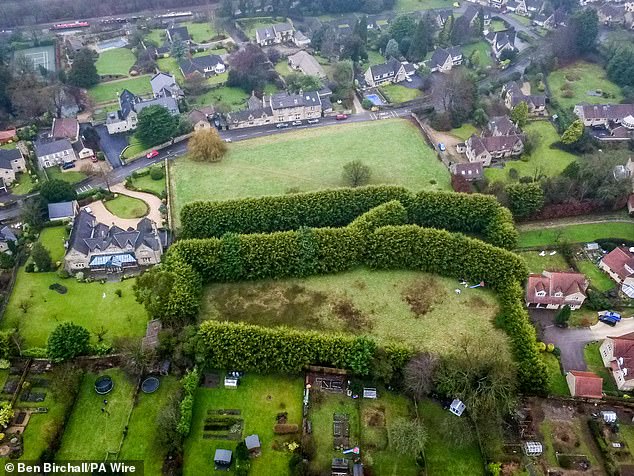 Pictured in 2017: Leylandi trees at the bottom of gardens on Devonshire Road, Bathampton, near Bath, where residents are in dispute with Valerie Vivian (whose house is pictured right centre directly next to the trees), who planted the trees 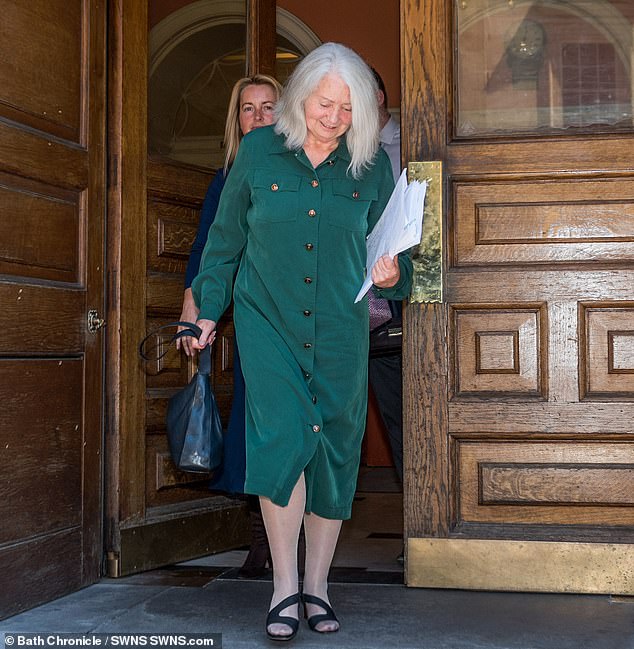 Valerie Vivian, who planted the Leylandii in 2001, had plans to build on her property rejected following neighbour objections. Neighbours believe she may have planted the trees on purpose

The trees can grow 3ft every year and can reach 100ft.

Mrs Vivian’s neighbours are convinced that she planted the Leylandii, which can grow 3ft every year and can reach 100ft, on purpose.

She wanted to build four houses on a plot of land behind her property — but by 2016, the proposed development had been refused six times following objections from local residents.

In desperation, the villagers have previously contacted local Conservative MP Jacob Rees-Mogg and the parish council.

Mr Rees-Mogg said in 2016: ‘I have written to the council about this issue on several occasions but it is hard for it to intervene in a situation where there is no legislative answer.’

He added: ‘It is essentially a dispute between neighbours which is best resolved through goodwill on both sides.’

Moira Brennan, then chair of Bathampton Parish Council previously said that the trees are ‘very out of keeping with the village’, adding that they are ‘not appropriate’ for a Conservation area.

‘We have been very supportive of the residents but we are limited in what we can do. We would like to see a change in the law,’ she said in 2016.

Bath and North East Somerset Council has been contacted for comment.