An American woman who was kidnapped at birth in her native Romania has been reunited with her family after 25 years apart.

Belle Barbu was born to a low-income family in Romania who were falsely informed that she had a heart condition.

They were sent away from the hospital while she ‘underwent treatment’ and were told just days later that their newborn daughter had died.

But Belle had actually been kidnapped and taken to a human trafficking orphanage where a large sum of money was paid for her adoption in America.

Now, at 25 years old, she has finally been reunited with her biological parents in a tear-jerking reunion. 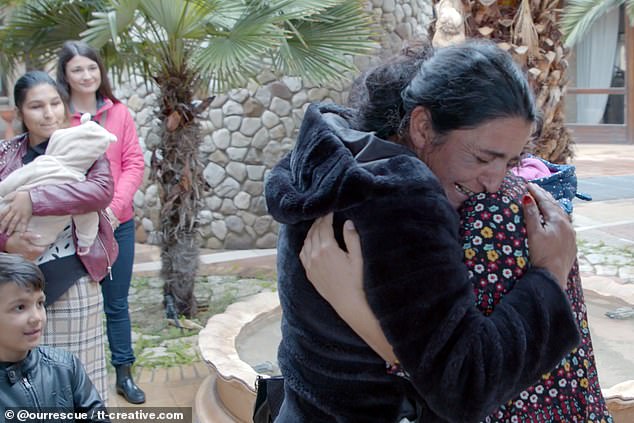 Belle Barbu, now 25, was kidnapped at birth in her native Romania but she has since been united with her biological family. Pictured: Belle embracing her mother for the first time

Belle, who now lives in Washington County, Utah, was encouraged by friends to take a DNA test which traced her heritage back to India, Israel and parts of Europe.

One of her friends, who was also adopted from Romania, shared the results to a Facebook group set up to help adopted Romanian children find family members.

The group has so far had more than 500 success stories and it took just 48 hours to find Belle’s biological family.

She then decided to reach out to Operation Underground Railroad – a non-profit organisation which helps reunite victims of child trafficking with their birth parents.

OUR was put in touch with an investigator in Romania who was able to confirm a DNA match between Belle and her family.

It was only then that she discovered the true story about why they had been separated at birth.

Belle travelled to Foggia, Italy, along with OUR’s founder, Tim Ballard, in November 2019 for the reunion. 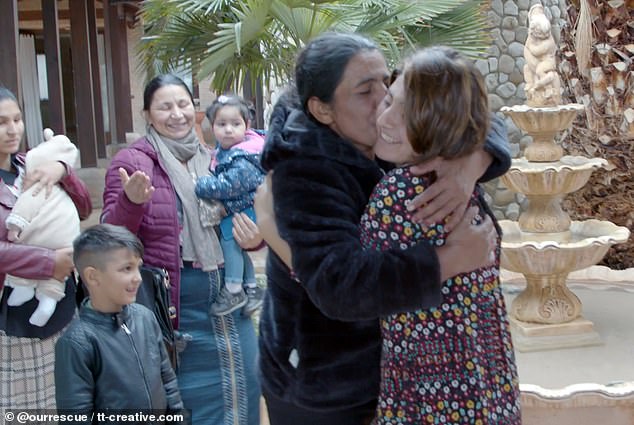 Belle travelled to Foggia, Italy, along with OUR’s founder, Tim Ballard, in November 2019 for the reunion 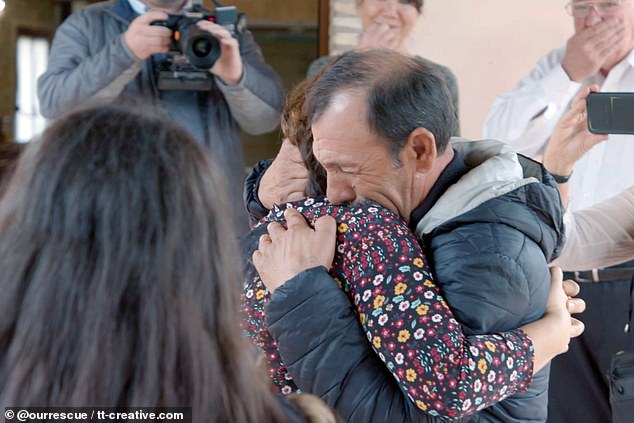 The moment was caught on camera as Belle nervously walked into a courtyard where her Romanian family had gathered.

Her mother bursts into tears as the pair embrace with dozens of family members watching on.

Belle too begins to cry and affectionately strokes her mother’s back.

She is then introduced to her biological father who pulls her in tightly for a hug.

Belle then turns to address the group and says: ‘There are a lot of words that I want to say and I want to introduce you to my friend and my family.’

Speaking afterwards to DeseretNews, Belle said: ‘I was literally taken from my parents and taught a whole different life.

‘I still don’t know how to thank the Lord for bringing us back together. How did he make that happen? It was such a miracle…

‘There’s nothing perfect about my story, but yet, it came together so perfectly.

‘I’ve never cried more deeply in my life than I have through this journey.’

Belle now plans to go back to college in America to study health, business and horse therapy.

She also hopes to arrange for her biological family to visit her and to advocate in the fight against human trafficking. 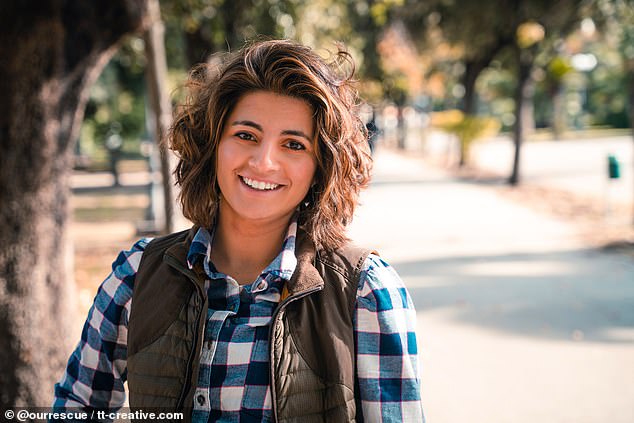 Belle (pictured) now plans to go back to college in America to study health, business and horse therapy 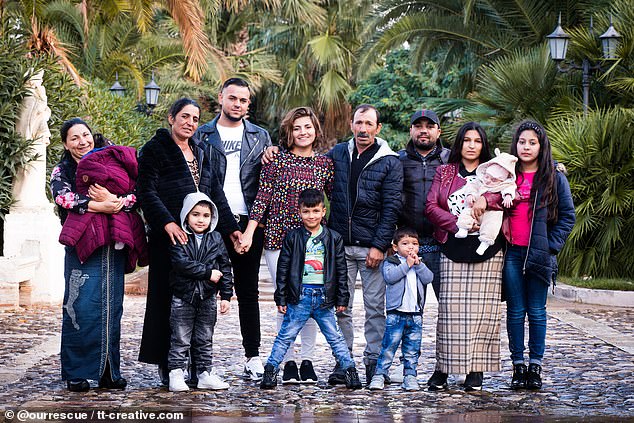 OUR works with law enforcement in 24 countries to help fight the problem of trafficking.

In the last six years the organisation has been able to help rescue 3,200 victims and arrest more than 1,700 individuals.

Speaking of Belle’s reunion, Tim Ballard said: ‘It was extremely emotional – one of the most amazing moments since I started here at OUR.

‘There was so much joy and so many different feelings for each person from Belle to each of her family from Romania.

‘It boils down to hope and faith and that we can all make a difference in someone’s life for good.

‘We should all want to see reunions like this.

‘We can all play a part in reuniting families who have been separated due to injustices like trafficking.’