Masazo Nonaka passed away peacefully in his sleep in the early hours of Sunday, having outlived his wife and three of their five children.

The super-centenarian, who lived in Ashoro on the main Japanese island of Hokkaido, died of natural causes at his hot springs inn, which has been in his family for four generations and is now run by his granddaughter Yuko.

She told Kyodo News: “We feel shocked at the loss of this big figure. He was as usual yesterday and passed away without causing our family any fuss at all.”

Mr Nonaka was born on 25 July 1905, years before the First World War began.

He was certified as the oldest living man in the world last year at the age of 112 years and 259 days. 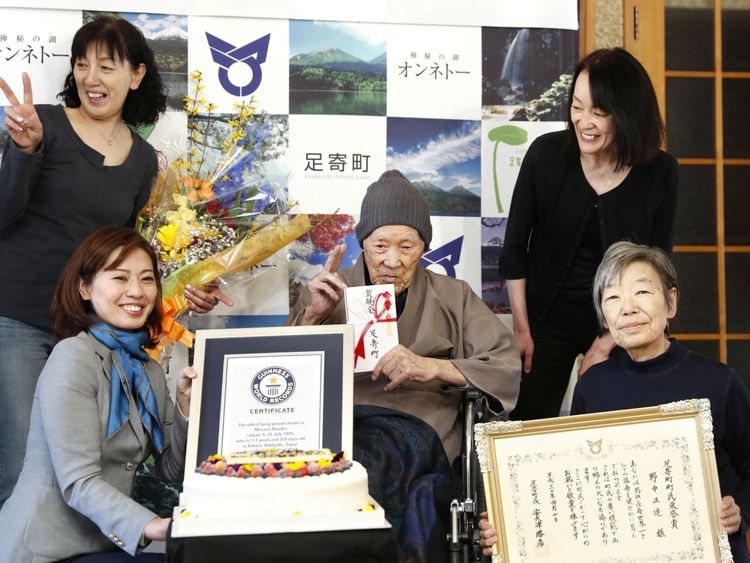 Upon receiving his Guinness World Records certificate, he revealed the secret to his long life was eating sweets and taking hot baths.

He took the record after Spaniard Francisco Nunez Olivera died in February aged 113. Mr Nonaka’s successor has not been verified.

The oldest verified person ever is Jeanne Louise Calment of France, who – according to Guinness – died in 1997 at the age of 122.