Home » World News » Yankees 3B Josh Donaldson thought he hit a HR; instead he got thrown out while trotting around the bases

Thanks to his RBI-scoring New York Yankees teammates, his base-running blunder in Tuesday's 4-1 ALDS Game 1 win over the Cleveland Guardians is limited largely to jokes on social media. Had the Yankees lost, this could have gone down as an all-time gaffe.

With no outs in the bottom of the fifth inning of a 1-1 game, Donaldson launched a fly ball to deep right field of off Guardians starter Cal Quantrill. Thinking it had left the park, Donaldson rounded first-base in a home run trot. Except it didn't.

The ball bounced off the top of the right field wall just short of a home run by the slimmest of margins. It bounced back into play, where right fielder Oscar Gonzalez fielded it and threw it to second base. By the time the ball reached second, Donaldson had realized his error. But it was too late. He was stuck between first and second base. Shortstop Amed Rosario threw him out as he desperately scuttled back to first.

Josh Donaldson thought he homered and got thrown out after trotting around first base pic.twitter.com/zw9gOJcNI1

Donaldson wasn't the only one convinced that he hit a home run. Yankees first base coach Travis Chapman met him as he rounded first for a celebratory five.

In their defense, it sure did seemed like a home run. And it was awfully close.

But if you're going to break into a home run trot, you better be 100% sure that ball is bound for the bleachers. And instead of a likely leadoff double had he run it out — or at worst a single had he realized his mistake in time — Donaldson recorded the first out of the inning in a tie game.

Thankfully for Donaldson, his Yankees teammates knocked in three more unanswered runs to save him from further ignominy. 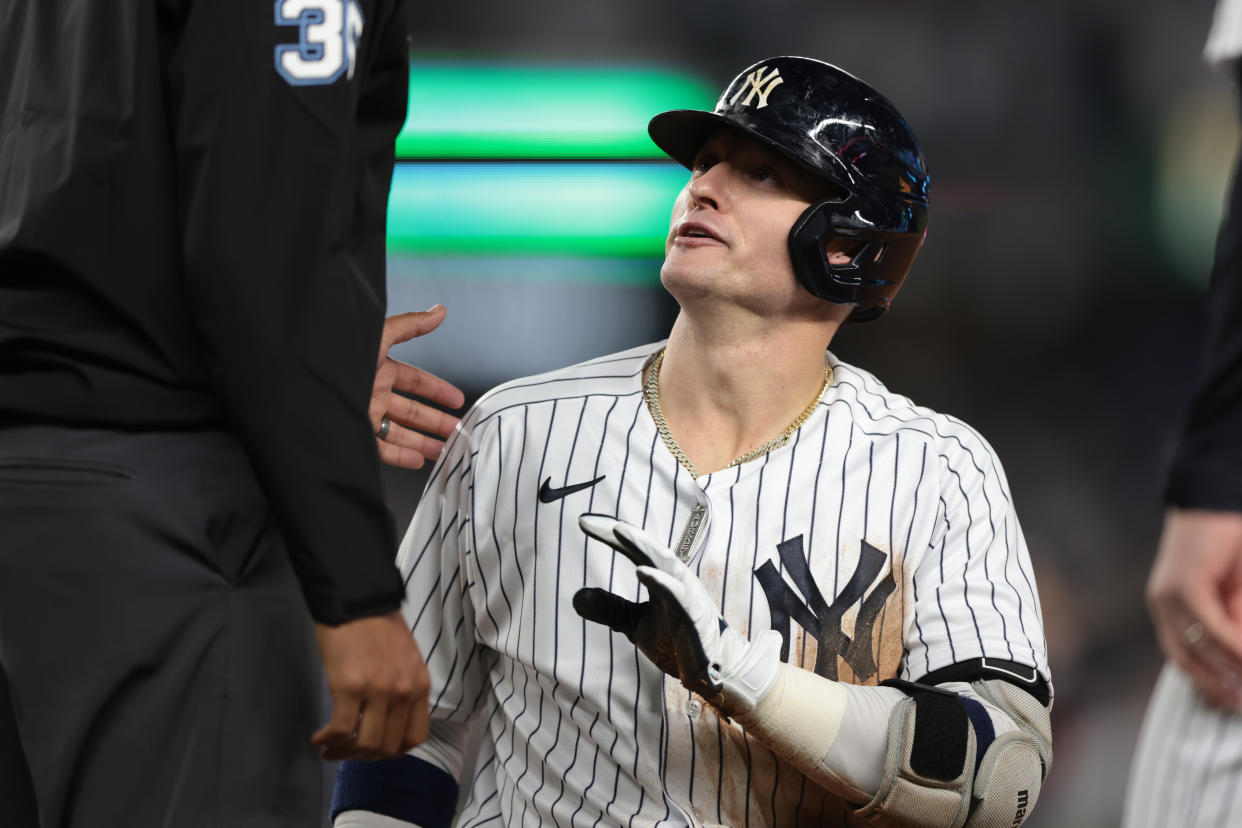 Russian tanker spotted in the Channel after dockers REFUSE to unload

American tourist is arrested after wiping saliva on ATM in Cambodia