Home » ‘You were our whole life’: Cranbourne teen dies after party assault

Heartbroken family and friends of a 17-year-old Cranbourne North boy are grieving after the teenager died in hospital at the weekend as a result of injuries from an assault at a party in Melbourne’s south-east last month.

Jason Langhans passed away in hospital on Saturday following a fight involving multiple people at a Tooradin party about 2.30am on Sunday, March 21. 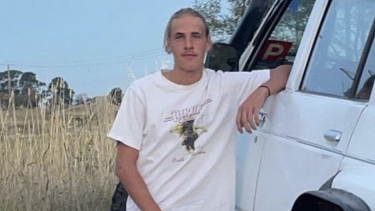 Homicide Squad detectives are investigating reports a group of men became “involved in an incident” with Mr Langhans which escalated to a physical brawl.

The teen was taken to hospital at the time with life-threatening injuries, but died more than three weeks later in intensive care.

The Kambrya College student has been remembered online as a fun-loving son and friend with a passion for the great outdoors.

Mr Langhan’s mother, Carolyn, said she and Jason’s father, Paul, had watched their son take his last breath on Saturday.

“Jason you were our whole life and not a day will go by without us thinking about you and wishing you were here, we love you so much and our lives feel so empty,” she wrote in a public tribute on social media.

“You put up a good fight but unfortunately it was your time to go and now you’re no longer in any pain.”

Family friend, Jane Hoskins, set up a crowdfunding appeal for Mr Langhans and his family during his three-week fight in intensive care.

“In the early hours of Sunday morning, our boys were at a party and one of their best mates Jason Langhans was brutally attacked and is now fighting for his life in ICU,” the fundraiser appeal reads.

“Fun-loving Jason had big dreams, turning 18 in July looking forward to getting his licence to follow his passion of 4WD and catching that prize fish.”

Friend Jason Canal said he was in disbelief that his mate was gone.

“RIP Jason, I’m lost for words … it kills me to hear that you aren’t here with us anymore and that we can’t go fishing together like we always talked about,” he posted on social media.

“My heart’s aching [at the moment] and I’m in so much disbelief, it’s so unfair what’s happened. I love you heaps, fly high brother.

Police are continuing their investigation into the boy’s death, and have asked anyone with information to come forward.