BTS is collaborating with former President Barack Obama and Michelle Obama? Kind of. YouTube is holding a 2020 virtual graduation ceremony called Dear Class of 2020. Barack and Michelle Obama, BTS, Lady Gaga, and more are the scheduled commencement speakers. The special will feature both commencement speeches and musical performances to celebrate those graduating in 2020. 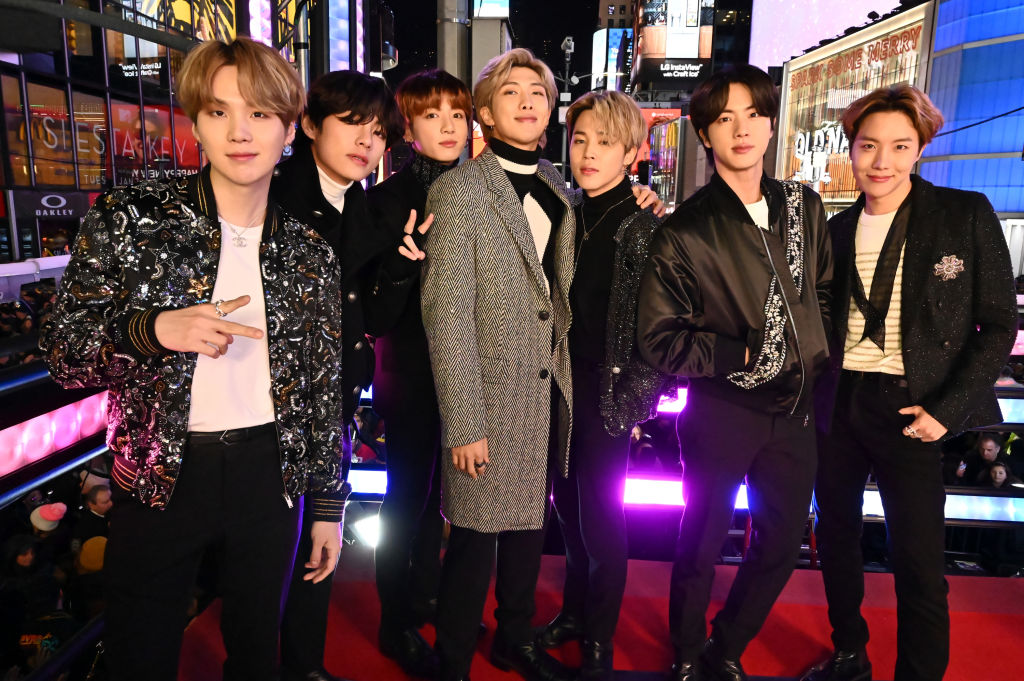 BTS and the Obamas are listed as commencement speakers

Dear Class of 2020 features a festival-type lineup, with a combination of music performances and graduation festivities. Barack and Michelle Obama will deliver separate commencement addresses as well as a joint speech. In addition, Michelle Obama’s Reach Higher initiative will host content to begin the graduation special.

BTS will also deliver a commencement address, and the band members will perform for a virtual graduation after-party. The event’s other commencement speakers are Lady Gaga, Robert M. Gates, Sundar Pichai, Condoleezza Rice, and Malala Yousafzai.

“Over the past month, President and Mrs. Obama have received dozens of requests from around the globe to address graduating classes whose in-person commencement events have been cancelled due to the ongoing COVID-19 pandemic,” Barack Obama’s office said in a statement. “Today, the Obamas are pleased to announce that they will participate in multiple virtual commencement celebrations for students, families and educators.”

BTS released their song “MIC Drop” in 2017 on their EP Love Yourself: Her. The group also released a remix of the song by Steve Aoki featuring Desiigner as a single. BTS’s music video for “MIC Drop (Steve Aoki Remix)” does not feature Desiigner and uses J-Hope and Suga’s original verses in Korean. Since its release, the music video has accumulated over 655 million views on YouTube.

During a press conference regarding Love Yourself: Her, RM revealed that “MIC Drop” was inspired by former President Barack Obama’s famous mic drop at the end of his White House Correspondents Dinner speech.

“It’s one of the performances that says, ‘My speech was good, wasn’t it?’” RM said about the former U.S. president. When explaining “MIC Drop” he said, “It’s a song that includes a lot of our swag and ambitions. It began after getting inspired by Barack Obama.”

YouTube’s Dear Class of 2020 will air on June 6. Viewers can watch the graduation ceremony on the YouTube Originals channel and YouTube’s [email protected] site.

“Graduation is a tradition that students and families look forward to and with the current state of the world, YouTube is lending some inspiration in the form of a virtual commencement. We hope bringing together noteworthy, influential speakers along with performances from some of their favorite artists will provide encouragement for the students who have worked so hard to get here,” said Susanne Daniels, global head of content for YouTube.

Open Post: Hosted By The Starbucks Cat Paw Cup That People In China Are Brawling Over

Doctors Tell Nick Cordero’s Wife to Prepare for the Worst

Here’s how you can get your house on Property Brothers