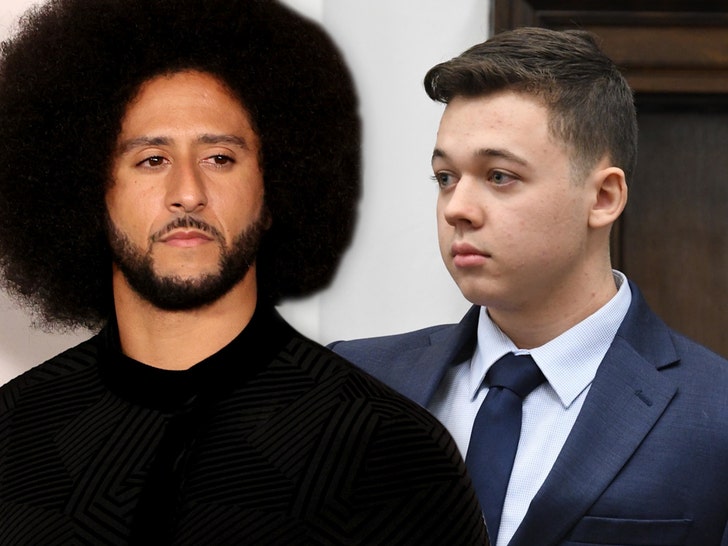 Colin Kaepernick says the Kyle Rittenhouse verdict shows the criminal justice system is broken … calling the 18-year-old who fatally shot two people a “white supremacist” who benefited from an institution based on white supremacy.

Rittenhouse was found not guilty on all charges in the Kenosha shooting case on Friday … a verdict that has sparked outrage amongst many people across the country.

Kap gave his two cents on the news shortly after it broke … saying, “We just witnessed a system built on white supremacy validate the terroristic acts of a white supremacist.”

“This only further validates the need to abolish our current system,” he added. “White supremacy cannot be reformed.”

Kap has spoken his mind on countless social justice issues since kickstarting his national anthem demonstration in 2016 — recently he called for the police institution to be abolished after no charges were presented in Breonna Taylor‘s death.

“The white supremacist institution of policing that stole Breonna Taylor’s life from us must be abolished for the safety and well being of our people,” Kap tweeted in September 2020.

Other athletes have voiced their disgust with the Rittenhouse verdict … including NASCAR racer Bubba Wallace, who said, “Ha, let the boy be black and it would’ve been life … hell he would’ve had his life taken before the bulls*** trial … sad.”

Robert Griffin III added … “Kyle Rittenhouse can kill without a sliver of doubt & walk free but Julius Jones is in jail for life without the chance for parole after being on death row for 20 years with all types of doubt in his case. What is Justice? God help us.”

President Joe Biden backed the controversial verdict, however … saying the jury system works and he stands by their decision.

Ewan McGregor's Daughter Is Still Salty About Her Parents' Split