Coronation Street actor Peter Armitage, who played Bill Webster on the ITV soap, has died at the age of 78.

The Sheffield-born actor revealed four years ago that he had beaten bowel cancer, with his cause of death currently unknown.

His friend and co-star Charlie Lawson, who plays Jim McDonald, announced the sad news on Twitter on Tuesday. 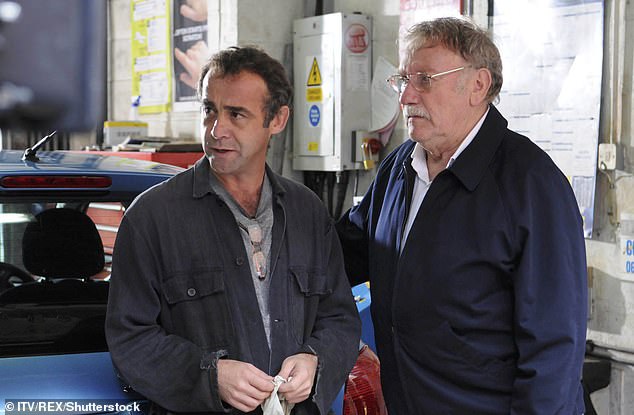 ‘It’s with great sadness, that I’ve to tell you my great old friend Pete Armitage has died. RIP mate,’ Charlie wrote of his friend who played the retired builder and Kevin Webster’s dad Bill in the soap from 1984.

Jane Danson, who plays Leanne Battersby, added: ‘So sorry to hear this, lovely man . Thoughts to family and friends.’ 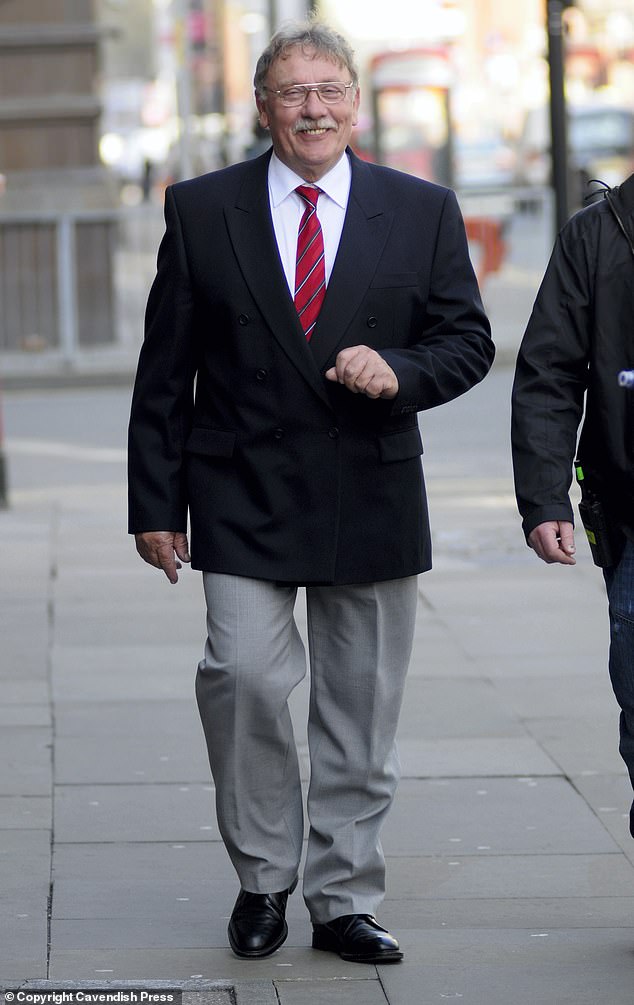 Passing: The actor (pictured on the Corrie set in 2009) revealed four years ago that he had beaten bowel cancer, with his cause of death currently unknown 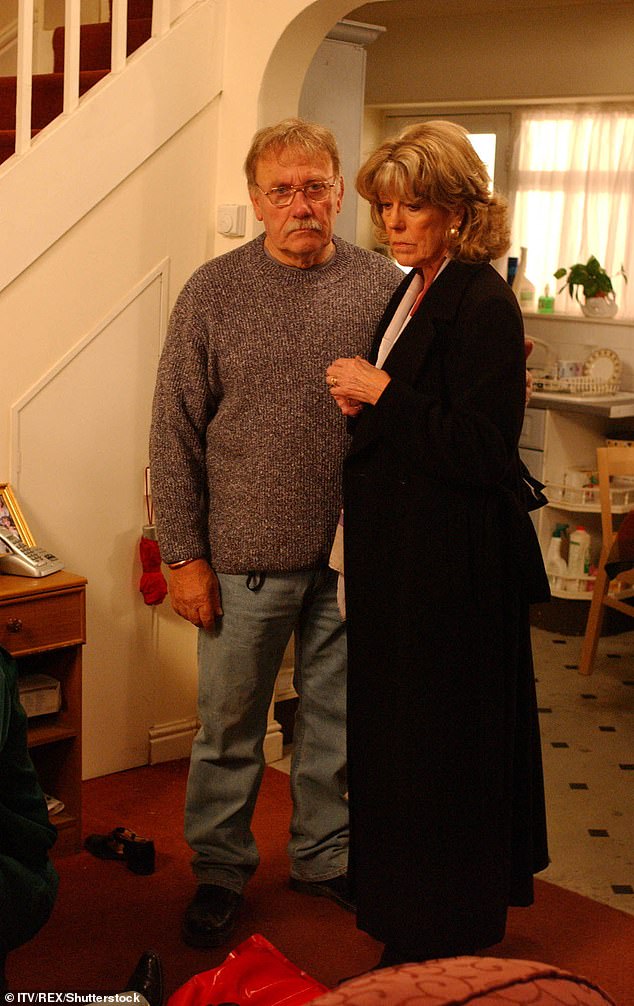 Well known character: Armitage played retired builder and Kevin Webster’s dad Bill in the soap from 1984, returning for two further stints before his final appearance in 2011 (pictured with Audrey Roberts [Sue Nicholls] in 2008)

Samia Longchambon, who stars as Maria Connor, wrote: ‘So sorry to hear this Charlie. Pete was such a lovely man.. he’ll be sadly missed.’

In 2014 Armitage said he hoped to return again after beating bowel cancer, telling The Mirror: ‘It’s 30 years since I first started on the cobbles and I’ve always come in and out. I’d like to go back again, too, if there’s a storyline for me.’

Friend: The actor’s friend and co-star Charlie Lawson, who plays Jim McDonald announced the sad news on Twitter on Tuesday 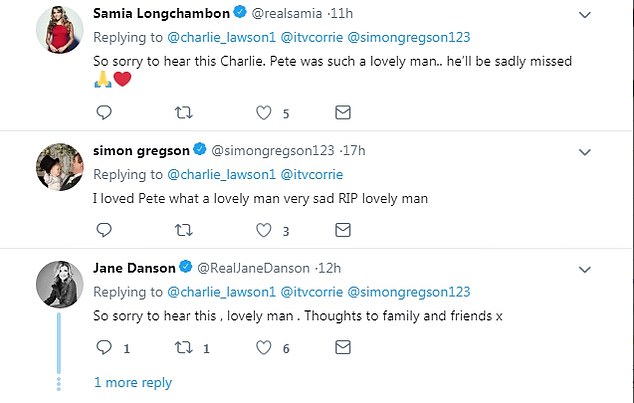 The soap favourite, who had been working on screen since 1970, also made an appearance as a painter and decorator in Corrie for two episodes in 1977.

The actor’s other TV credits include The Befrienders, Couples, Jack the Ripper and Hearts and Minds, as well as Lucky Feller, a short-lived sitcom starring David Jason.

He made his final onscreen appearance in an episode of BBC soap Doctors in 2013.

In the early 1980s Armitage appeared in a well known Yellow Pages commercial which brought him to the attention of Granada Television and an audition as Webster. 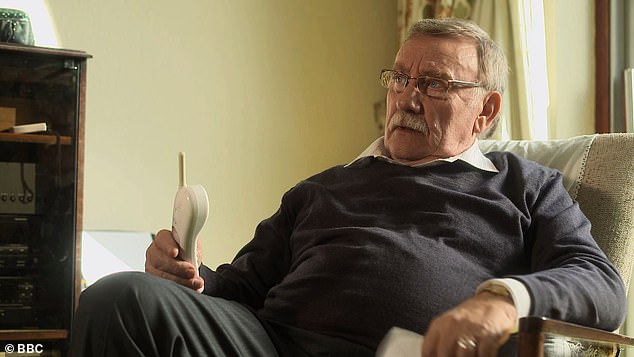 Long career: After working as an engineering apprentice and serving in the Merrchant Navy, he first began acting in 1970, making his final screen appearance in Doctors in 2013 (pictured) 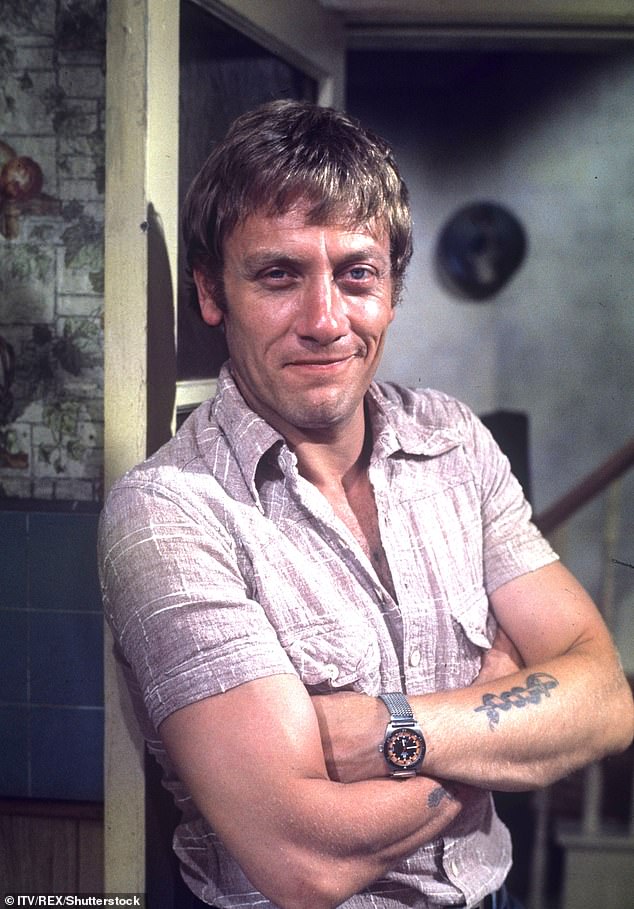 Before acting, Armitage worked as an engineering apprentice, served in the Merchant Navy and from 1964 onwards worked on digging the London Underground Victoria Line.

It was during this last job that his interest in acting kick-started after he befriended an amateur plays producer, leading him to enroll in a Loughton, Essex drama school.

The Yorkshire-born star was diagnosed with bowel cancer in 2013. The following year he opened up about his battle with the disease as well as his hopes of returning to Corrie.

Speaking to the Daily Mirror in 2014, the actor opened up on his bowel cancer battle, revealing: ‘I first noticed a problem last May when I was down in Perpignan in France for my cousin’s 80th birthday party. I noticed a little bleeding in a bowel movement, so when I got home about ten days later I went to my doctor.’

‘They say smoking and bad diet could have links to bowel cancer, but I’m normally a fit and healthy sort of bloke.’

Armitage leave behind his two adult children Danny and Sally. 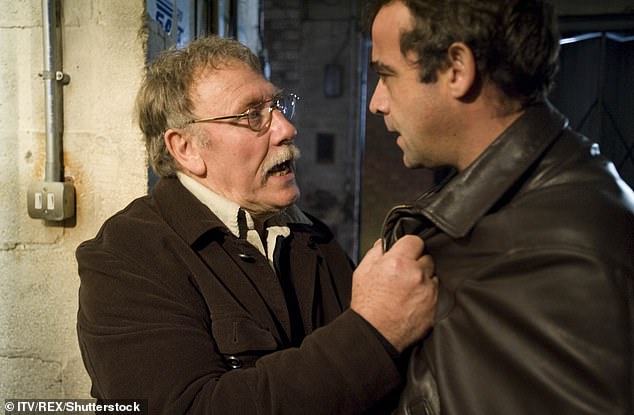 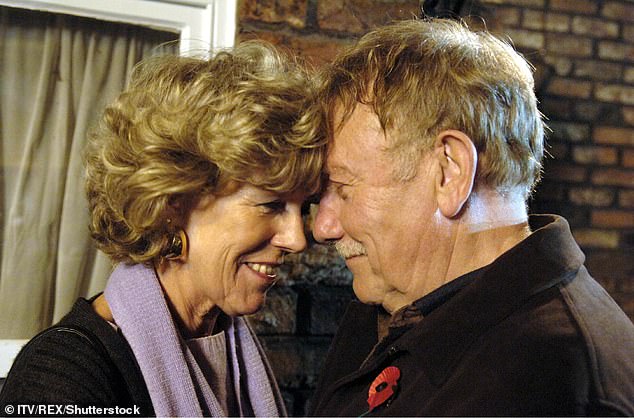 Can You Tell These Celebrity Look-Alikes Apart?

Kieran Culkin Has Yet to Meet Brother Macaulay’s Son