A sheriff’s deputy who responded to the mass shooting in Thousand Oaks, California, last month was accidentally struck and killed by a bullet from a highway patrolman, police said Friday. Sgt. Ron Helus, 54, was also shot five times by the 28-year-old gunman, Ian Long, who took his own life, Ventura County Sheriff Bill Ayub said.

The November 7 massacre took place at the Borderline Bar & Grill in Thousand Oaks. Eleven others died in the shooting. 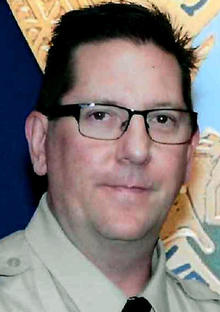 “People were running through the parking lot and jumping out of windows to escape. Many were bleeding from injuries they received while escaping the bar. Shots could be heard as law enforcement officers bravely approached the front of the business,” Ayub told reporters.

When Helus and the patrolman entered the bar, he said, they were attacked by Long. They both retreated, firing their weapons, and Helus suffered the fatal gunshot wound.

Helus was a 29-year veteran of the Ventura County Sheriff’s Office and was planning to retire next year. He is survived by his wife and a 24-year-old son.