Home » Lifestyle » How the Golden Globes lost their shine

In Hugh Wilson’s 1996 comedy The First Wives Club, an enraged Brenda (Bette Midler) throws a gold statuette at drunken Elise (Goldie Hawn), smashing a glass framed portrait of the actress in her better days. “This is a Golden Globe,” Elise shrieks in reply, holding it tenderly. “It’s sacred!”

The scene is dripping with irony. Because Elise, who thinks she’s still a star, has seen better days. And because the Golden Globe, despite its heft, was perennially the bridesmaid to the taller, prettier Oscar.

For 78 years the award – a globe of zinc metal electro-plated with gold resting on a marble body and base – was the frivolous younger sibling. Where the Oscars were stiff, the Globes were delightfully messy. The Oscars sat stars in rows. The Globes got them drunk at dinner. 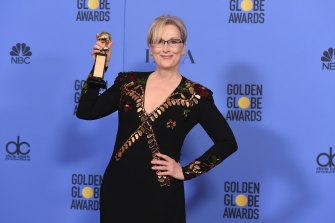 But now the shine has come off the Globes, literally and figuratively. They got fatter – from 2.4kg to 3.5kg – and cheaper, replacing the electro-plated gold with brass, zinc and bronze. Now, in the wake of a succession of damaging headlines and missteps, their very survival is at stake.

In February the Los Angeles Times reported that the Hollywood Foreign Press Association, whose membership votes for the Globes, had no black journalists in its ranks. Then LA’s powerful publicity firms – the gate-keepers of the A-list – introduced a talent boycott over the group’s unprofessional conduct.

Finally, the US network NBC – which pays US$60 million a year for the broadcast rights – announced it would not air the Golden Globes in 2022. In a town where box office matters, nothing talks like money. The Hollywood Reporter, the industry’s 91-year-old daily newspaper, summed up the mood in the city with this: “Are the Golden Globes done for?”

According to Eric Schiffer, a leading US consultant on reputation and brand strategy, NBC’s move may prove to be the most significant. “The cash drain from NBC and potentially other avenues is not going to revert until there’s a systemic change in organisational objectives, and a perception that things have been truly corrected for good,” Schiffer says.

“They’re stone cold crazy for having allowed some of the conduct to go on for as long as it has, and to not take action in ways that will crack this,” Schiffer says. “I know they’re attempting to do it, but they’re baby steps and that’s going to be perceived as a con job at this point. There needs to be significant change.” 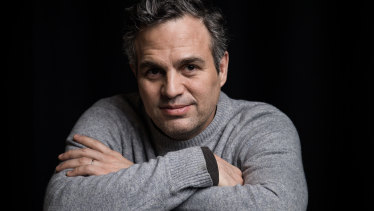 Mark Ruffalo: “Now is the time to step up and right the wrongs of the past.”Credit:Getty

While this is not the first scandal to engulf the HFPA, it is by a long measure the worst. In addition to questioning the group’s diversity record, the Los Angeles Times report accused the non-profit of self-dealing by spending more than US$1 million annually paying its own members to perform various tasks, including serving on committees.

In the wake of that burst of blistering reportage, the HFPA struggled to respond. It promised to expand its membership, initially by adding 13 new members but now it is saying it will add 20 members this year, and increase total membership by 50 per cent in the next 18 months.

The group also hired Shaun Harper, executive director of the USC Race and Equity Centre, as a diversity consultant. Harper quit after only a month, saying he “no longer [had] confidence in our ability to collaboratively deliver the transformational change that the industry … are demanding.”

Since then a larger wound has opened, exacerbated by a series of missteps by the organisation itself, including a damaging internal email from former HFPA president Phil Berk in which he referred to #BlackLivesMatter as a “racist hate movement”, and which resulted in his expulsion. 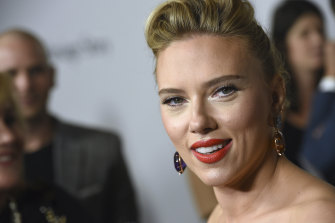 Scarlett Johansson: “Unless there is necessary fundamental reform within the [HFPA] I believe it is time that we take a step back.”Credit:Invision

Then in 2011, a former HFPA publicist Michael Russell sued for US$2 million claiming the members “abuse their positions and engage in unethical and potentially unlawful deals and arrangements”. It was a “disgruntled former consulting firm,” the HFPA said in reply; the case was settled in 2013. And in 2017 one member, Munawar Hosain, was accused of selling tickets to the invite-only Globes gala for US$39,000.

In isolation each scandal is embarrassing. Seen collectively they speak to a deeper cultural problem in the organisation. There is no question that among the various factions of the HFPA’s membership there is a group of legitimate journalists working for mainstream publications. But they are just one of several factions.

The significance of the current scandal is that it features a chorus of voices: the actors on whom the HFPA’s power pivots, the publicists who serve as gate-keepers to those actors and the broadcaster NBC, whose $60 million per year cheque for broadcast rights to the Golden Globes underwrites the HFPA, including its philanthropy. (Since 1987 the HFPA has disbursed US$44.5 million to charities and other non-profits.)

“Powerful publicists are body-slamming [the HFPA] through their talent, in part for frustrations that have been incurred over the years,” Schiffer says. “We’re likely to see the beginning of the end of the organisation unless they make a seismic shift. This is recoverable but it’s going to require a restart, with new leadership.”

Pete Hammond, the chief film critic and awards editor for the Hollywood trade publication Deadline, says the HFPA has been strangled by its own by-laws, such as a requirement that member candidates are sponsored by existing members of the HFPA, a rule which has kept the group’s membership intentionally exclusive.

“They created all of this, within that group, their own individual agendas, rather than operating as an organisation where everyone has the same goals,” Hammond says. “We still can’t say how many of them are really selling stories to foreign publications [and] they have American members representing foreign countries.”

Hammond says the HFPA should have wiped its slate clean at the outset of the scandal, requiring its existing members to reapply and opening its membership widely. “They didn’t do that, and because they didn’t do that, this is what you get,” he says. 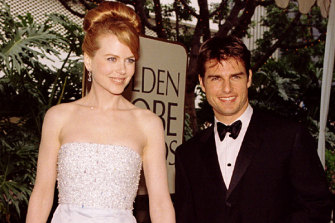 Nicole Kidman and Tom Cruise at the 1996 Golden Globe awards.Credit:Reuters

In the last few weeks the sense that the scandal might, like most, blow over with some steps towards reform from the HFPA and forgiveness by the studios, publicists and stars, has been overtaken by a sense that the organisation, and its awards, are at an existential crossroads.

The HFPA is now promising to approve a new code of conduct in consultation with publicists and studios, appoint a new leadership team including a diversity, equity and inclusion officer, and search for new member candidates. “We invite our partners in the industry to the table to work with us on the systemic reform,” the organisation said.

“It’s going to be tough, but I do think it’s recoverable depending on what they do,” Hammond says. But expanding the HFPA’s membership may be challenging “because quite frankly, who wants to walk into this landmine right now?” he says.

Then, Hammond adds, “if they can get it together for 2023 for NBC to put them back on the air, they have to pass the ratings test.” That’s a tough ask in a broadcast ratings economy where the general trend for awards shows is already down. Year-on-year the 2021 Globes dipped a sharp 60 per cent.

“When you become the story, rather than a bunch of stars getting drunk and getting awards, that’s problematic because then the public out there becomes savvy to it,” Hammond says. “And that makes it a difficult mountain to climb.”

“This is a sea change but it’s difficult,” Hammond adds. “And the HFPA has been in this boat before. They were kicked off NBC [in 1968]. It’s not the first time that’s happened. So never say never. The one thing Hollywood really loves is a comeback story. We’ll see if that’s even possible.”

Does it cost more to run an electric blanket or fill a hot water bottle? | The Sun