Home » Lifestyle » JENNI MURRAY: How our 'sacred' NHS fails us at our most vulnerable

JENNI MURRAY: How our ‘sacred’ NHS fails us at our most vulnerable

How wrong I was to post a complimentary tweet about the first episode of This Is Going To Hurt. ‘Beyond brilliant,’ I wrote about the BBC adaptation of Adam Kay’s bestselling book.

I’d found myself laughing at the junior doctor’s struggle with an antiquated lift while trying to help a pregnant woman in dire need of emergency surgery.

I was charmed by the actor Ben Whishaw’s ability to capture the exhaustion of the overworked obstetrician, and his dry manner in delivering the gallows humour common in such tense and emotional work environments.

But by the end of the programme I was in tears of dismay as a young woman’s pre-eclampsia was missed and her emergency Caesarean resulted in the delivery of the tiniest baby imaginable.

The series has since come under sustained attack for sexism; and some of those criticisms are valid.

Having watched the rest of the series, I can say that it is not one to be viewed by anyone about to have a baby, or who has suffered a traumatic birth or loss. 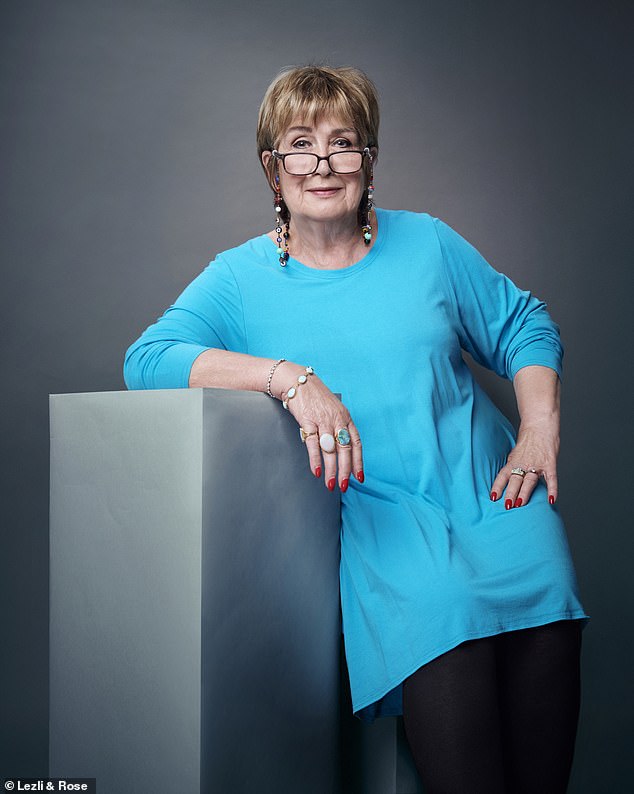 Horrific as some of the scenes are, remember that women have been having babies without hi-tech intervention for hundreds of thousands of years. These days, nothing is more important than the watchful antenatal care given by the midwife, her attendance at the delivery and attention as the mother bonds with the infant.

Only one character in This Is Going To Hurt was recognisable from my own experience: Tracey, the calm, level-headed midwife.

OK, I was lucky. I had my two children in the 1980s. Writers such as the anthropologist Sheila Kitzinger had made childbirth a hot political issue. ‘Birth,’ she said, ‘is a major life transition. It is — must be — also a political issue, in terms of the power of the medical system, how it exercises control over women and whether it enables them to make decisions about their own bodies and their babies.’

It’s thanks to campaigners like her that I gave birth quietly in a darkened delivery suite in Southampton, spending most of the labour upright with the help of two midwives. My second child was born at home with three midwives in attendance.

Kitzinger strongly believed in home delivery for women not considered high risk. Luckily, my consultant agreed. It was the best decision I ever made. 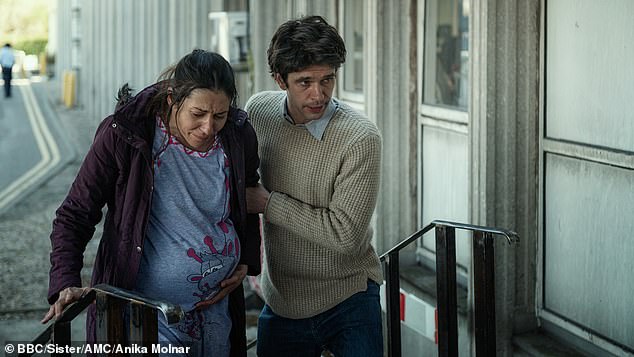 How wrong I was to post a complimentary tweet about the first episode of This Is Going To Hurt (pictured). ‘Beyond brilliant,’ I wrote about the BBC adaptation of Adam Kay’s bestselling book, says Jenni Murray

So watching This Is Going To Hurt, I was left with one question: how did we lose the political will to make maternity services as trustworthy, safe and respectful of women as they were in my day?

The Government’s 2016 Better Births paper has not delivered the continuity of care it promised.

Despite some change for the better, in 2020 the Care Quality Commission found that 38 per cent of NHS maternity services ‘require improvement for safety’. And a Health Select Committee reported last year that there were still, horrifyingly, 1,000 babies in England lost each year in preventable deaths.

The Royal College of Midwives estimates there’s a shortfall of 2,500 in the NHS and has been warning of this for more than ten years. A generation of experienced midwives has retired — often early and exhausted; a new generation is broken by intolerable pressure and are resigning.

Campaigners whose petition for urgent government intervention has more than 120,000 signatures want self-employed midwives to be brought back into the NHS, along with a pay rise and a £5 million fund for charities to provide breastfeeding and antenatal support.

This lack of attention has come about because midwifery is often considered women’s work. If men gave birth, wages and numbers of midwives would have rocketed. Maternity and midwifery produce the next generation. Fix it now. Hire more and pay properly for the most important job in the world.

The Russian skater Kamila Valieva’s ice skating at the Beijing Olympics seemed almost superhuman as she spun, then spun again, landing perfectly every time. Maybe it was superhuman, given she’d tested positive for a banned drug called trimetazidine.

Now she and her mother are claiming it’s been prescribed for her grandfather for his heart and she may have imbibed it by mistake by drinking from his glass.

I don’t care how she got it.

She’s a little girl of 15 who cannot be considered at fault. Like so many of these girls who are trained to the limit in such sports, I suspect it’s her coaches who are responsible for her welfare.

All I saw was an exquisite little thing doing her job beautifully. I was mainly hoping she won’t be crippled with arthritis when her skating days are done.

What is wrong with a smacca?

What is all the fuss about Paul McCartney and his daughter Mary pictured kissing each other on the lips last week?

It’s a loving peck, nothing snoggy or sensuous about it.

My dad and I did it all the time.

Just wish he was still here to do it again. 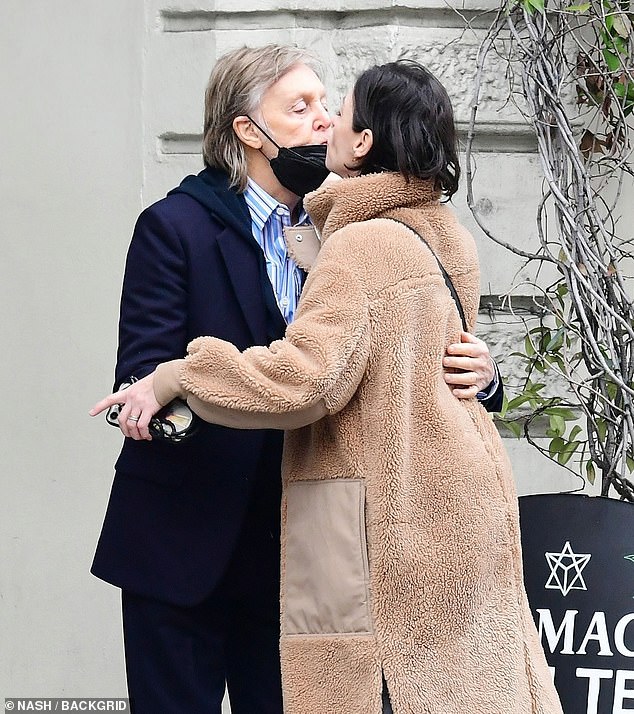 What is all the fuss about Paul McCartney and his daughter Mary pictured kissing each other on the lips last week? It’s a loving peck, nothing snoggy or sensuous about it

Sucked in from a flutter

It won’t be long — April 9 — before I’m studying the form for the Grand National and preparing for my annual flutter of a £5 each-way bet.

I’m no hardened gambler, so I was shocked at what happened last year when I couldn’t find an open betting shop and had to do it online.

I won enough to buy a glass of wine, and had no intention of doing it again. But for weeks afterwards, my email inbox was flooded with offers of free bets, bonuses and tips.

That switch from going to the shop to going online is behind a rise in problem gambling in the over-65s, warns the Royal College of Psychiatrists. The charity GambleAware also reports that the number of women receiving help for addiction more than doubled in the five years to 2021.

Women are increasingly being targeted by gambling firms who offer gifts (vouchers for designer handbags or Christmas hampers) to encourage them to bet vast sums many cannot afford.

Tougher regulation is expected when the Government reviews laws on gambling this spring, but as my hardworking, parsimonious grandfather — who loved horse-racing but valued his pay packet more — said: ‘Gambling’s a mug’s game.’ And the only winner is the bookie.

What a lovely picture of Naomi Campbell’s chubby little daughter in her mother’s arms on the cover of Vogue.

Take care, though, Naomi. I doubt she’ll thank you for that naked display when she’s older. 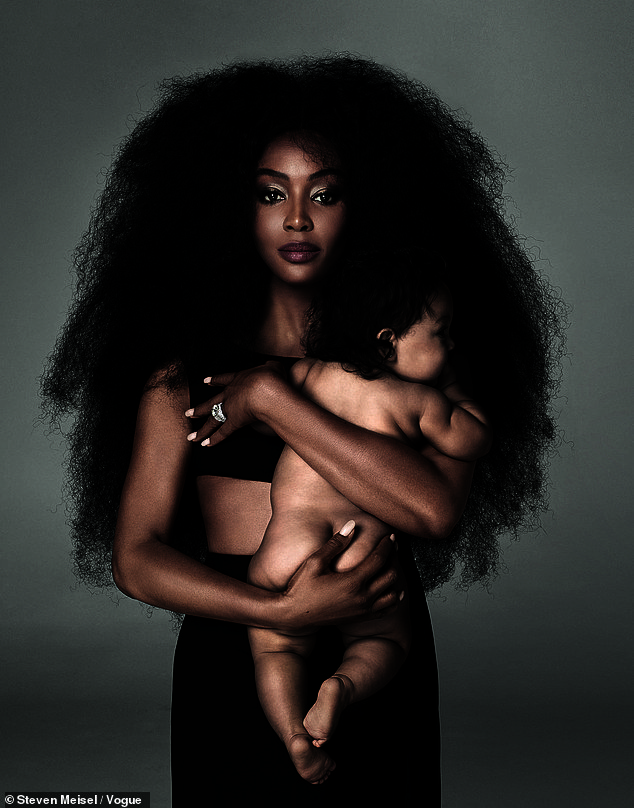 What a lovely picture of Naomi Campbell’s chubby little daughter in her mother’s arms on the cover of Vogue. Take care, though, Naomi. I doubt she’ll thank you for that naked display when she’s older.

These fatty foods could be destroying your memory, say scientists