Nando’s hottest spice ever! Chain adds ‘Extra Extra Hot’ option to its PERiometer – so are YOU bold enough to try it?

Nando’s has introduced a new Extra Extra Hot spice option to its menu.

The new heat level, which will have hot-heads rejoicing and lemon & herb devotees quaking in their boots, takes the top spot on the PERiometer. Other options include PERi-Tamer, Plain…Ish, Lemon & Herb, Medium, Hot and Extra Hot.

The spicy option will be available for British fans of PERi-PERi to get their fix from today via delivery and click and collect. 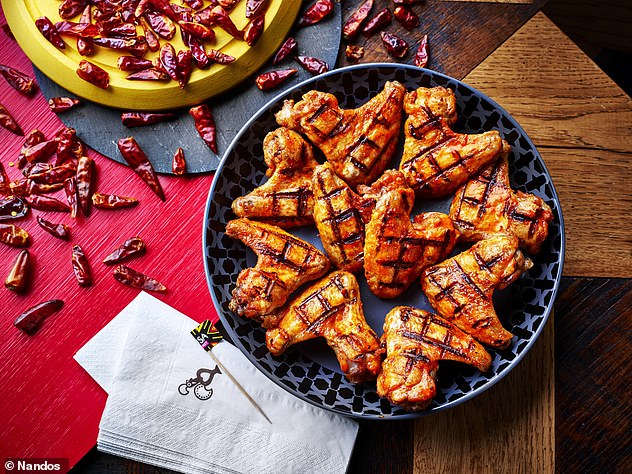 For those willing to turn up the heat, the spice can be added to all its menu items, from the famous PERi-PERi chicken to The Great Imitator, its first ever plant-based alternative.

Sadly, it will be available for a limited time only as part of Nando’s rotating guest flavours, which they introduced after the removal of mango and lime last year.

The Great Imitator, made from pea protein, launched in restaurants in October and is designed to taste like their popular PERi-PERi chicken breast fillet. 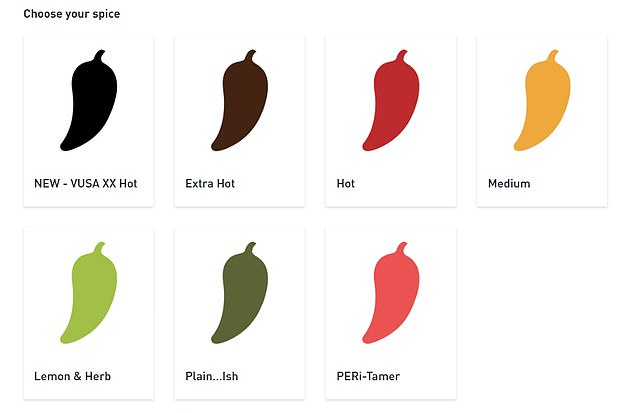 While the recipe is completely plant-based, it’s aimed at flexiterians rather than vegans and vegetarians as it’s cooked on the same grill as the chicken dishes, meaning it’s not strictly vegan.

The dish is served as four strips that are grilled to order and sit on the menu as part of the burgers, pittas and wraps category.

Nando’s fans are still able to turn up the heat, by choosing their desired level of spice on the PERiometer, as they do with their usual Nando’s order.

The South African chain currently has a beanie burger made from chickpea, sweetcorn, lentils, peas and pumpkin seeds, but this is the first time they are offering an option that mimics meat. 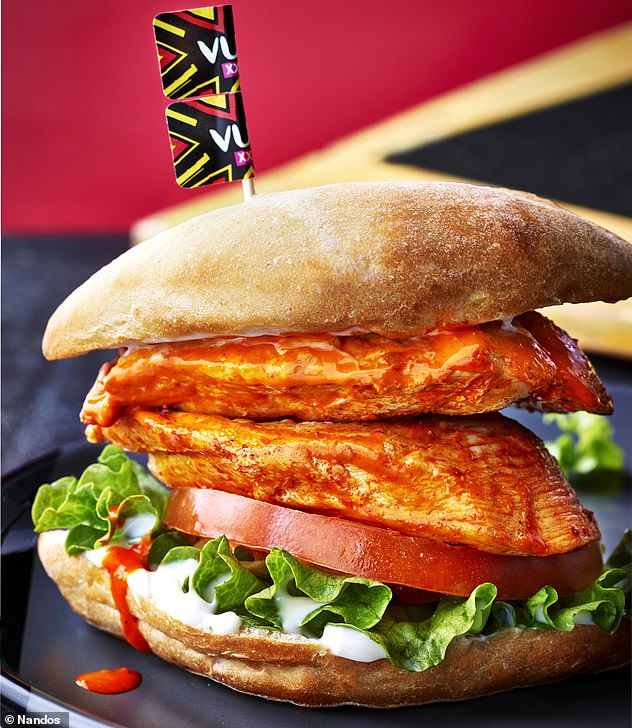 The brand new heat level, which will have hot-heads rejoicing and lemon & herb devotees quaking in their boots, will take the top spot on the PERiometer

Will Amy Schumer Have A Boy Or A Girl? She Addressed The Question In The Most Hilarious Way