Meet the Getting triplets — the adorable trio of identical sisters who, according to experts, were born at odds ranging from 1 in 1 million to 1 in 200 million.

Happy and healthy Charlotte, Cora and Emma, now aged 10 ½ weeks, are finally home from the hospital and living with their devoted, slightly shell-shocked parents, Lauren and Andrew Getting.

“They are true miracles,” New York City school teacher Lauren, 34, told The Post in between round-the-clock diaper changes and feedings.

The babies, conceived naturally and consequently known as “spontaneous,” resulted from Lauren’s one fertilized egg splitting into three, causing the embryos to share the same placenta.

She learned about the extraordinary occurrence at her six-week checkup in March and broke the news to Andrew, whom she had married only four months earlier, via text.

“I was driving and Siri translated the message for me,” said Andrew. Fortunately, he didn’t crash the car when he heard there were three fetuses in total. Still, the surprised dad thought Lauren was joking at first. As a result, Siri parlayed his immediate response: “Bulls–t!”

“But I soon realized Lauren was telling the truth,” added the 40-year-old, who lost his salesman job due to the pandemic and is currently seeking employment. 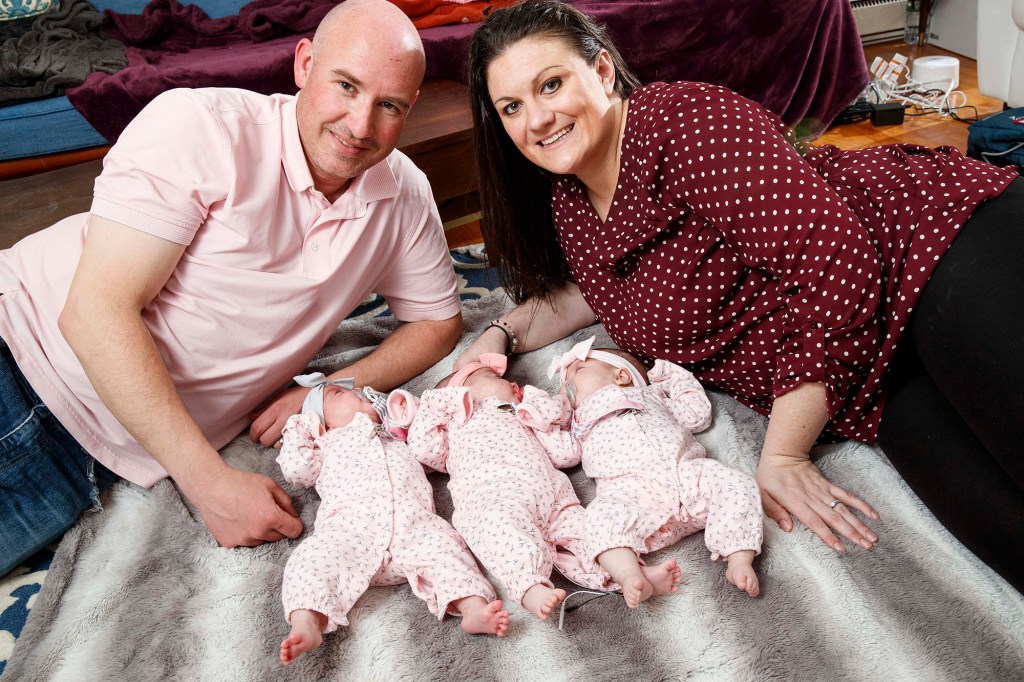 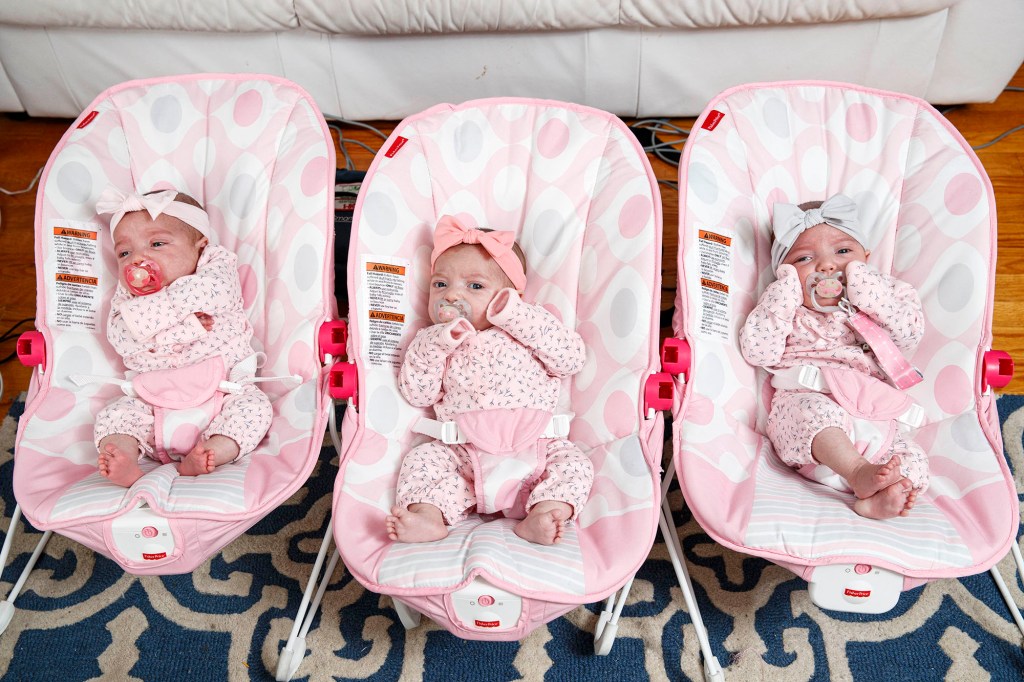 Looking for success as a stand-up? Maybe decide it’s time to sit down

NHS doctor explains why gloves won't protect you from coronavirus