The Brazilian playmaker has been on loan with the Bundesliga champions this season and Uefa rules do not allow clauses preventing loanees from playing against the team who owns them. 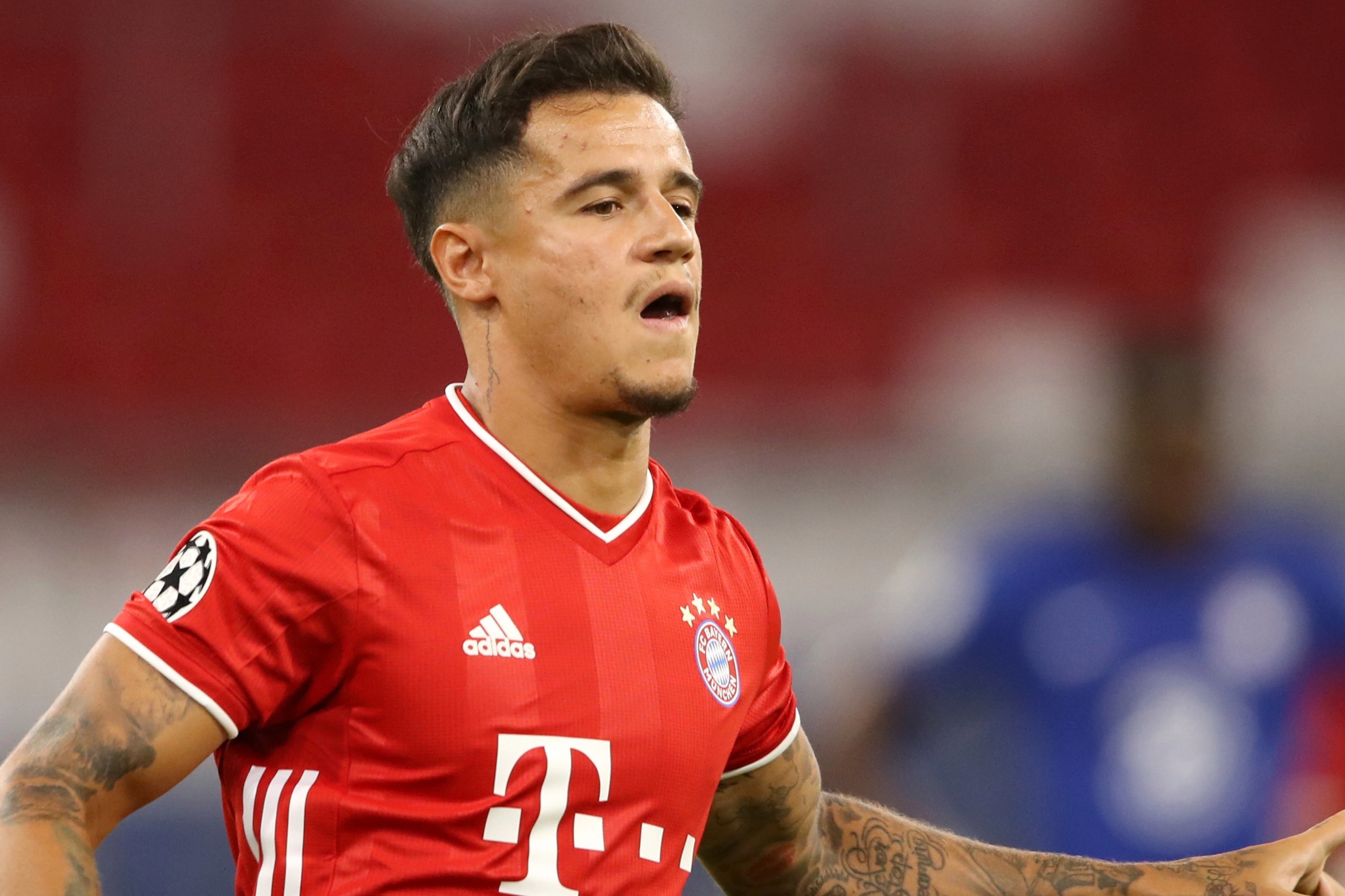 After both teams came through their last-16 ties at the weekend, Barca face Bayern in Lisbon on Friday night for a place in the semi-final.

And after a disappointing campaign in Germany, the 28-year-old could still come back to bite the Catalan giants.

Despite coming on as a second-half substitute during Bayern's last-16 victory over Chelsea on Saturday, Coutinho is unlikely to start.

He has made just 23 appearances in the Bundesliga this season and whatever happens on Friday, he will have to return to Barca in the summer.

But the former Liverpool midfielder is not expected to hang around for long.

Arsenal have been heavily linked with the Brazilian – with reports emerging at the weekend suggesting they have agreed personal terms on a season-long loan.

He is also said to have visited Arsenal's London Colney training ground.

Coutinho's agent Kia Joorabchian has strong links with the Gunners and has been heavily involved in bringing another of his client's Willian to the Emirates.

The ex-Chelsea winger is said to have agreed a £100k-a-week three-year deal.

Coutinho was linked with Chelsea and is not wanted at Barca, who tried to offload him to Bayern on a permanent deal.

However, the Bundesliga side were not willing to pay the transfer fee.

The winners of Friday's semi will face the victors of Manchester City vs Juventus.

What Premier League games are on TV TODAY? Brighton vs Arsenal takes centre stage after Watford vs Leicester – The Sun