The defender celebrated his 300 League appearance by heading a second half winner that was fortunate to squirm past Palace’s Spanish stopper Vicente Guaita. 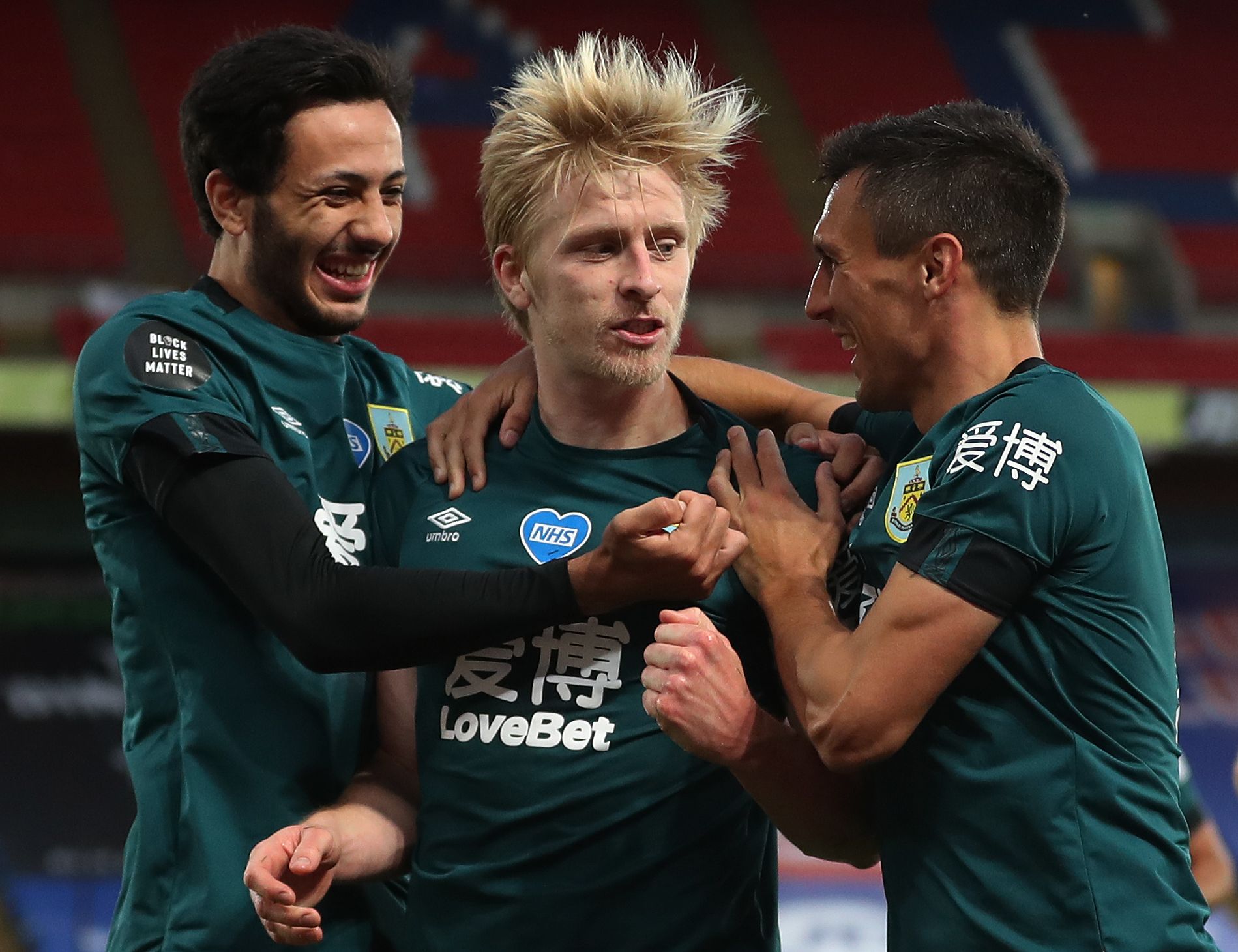 But the real lucky ones – for once – were the fans locked out of Selhurst Park.

Never has a match deserved to be behind-closed doors more than this one.

An advert for supposedly the best League in the world it was most certainly not.

Not even the talents of Wilfried Zaha or Dwight McNeil could lift the quality of this one. 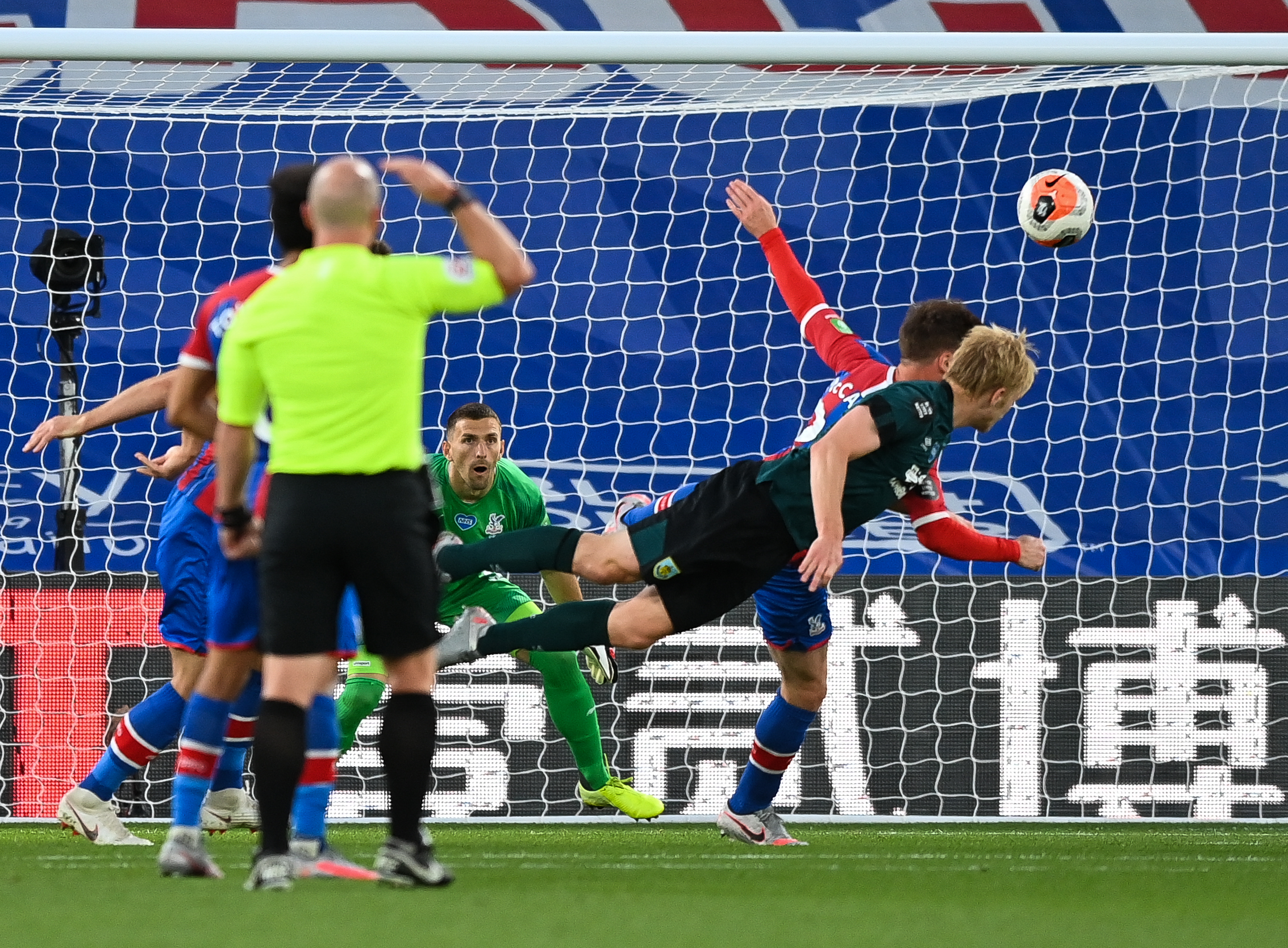 It is surely not what Amazon Prime chiefs envisaged when they splashed out millions on the rights to broadcast the top-flight.

This damp squib was not so much streamed as watered-down.

But Burnley will not mind as this win moved them up to eighth in the Premier League, level on points with Tottenham.

Boss Sean Dyche, who has seen out-of-contract stars Joe Hart, Jeff Hendrick and Aaron Lennon leave before this campaign could be completed, has moaned about his squad size. 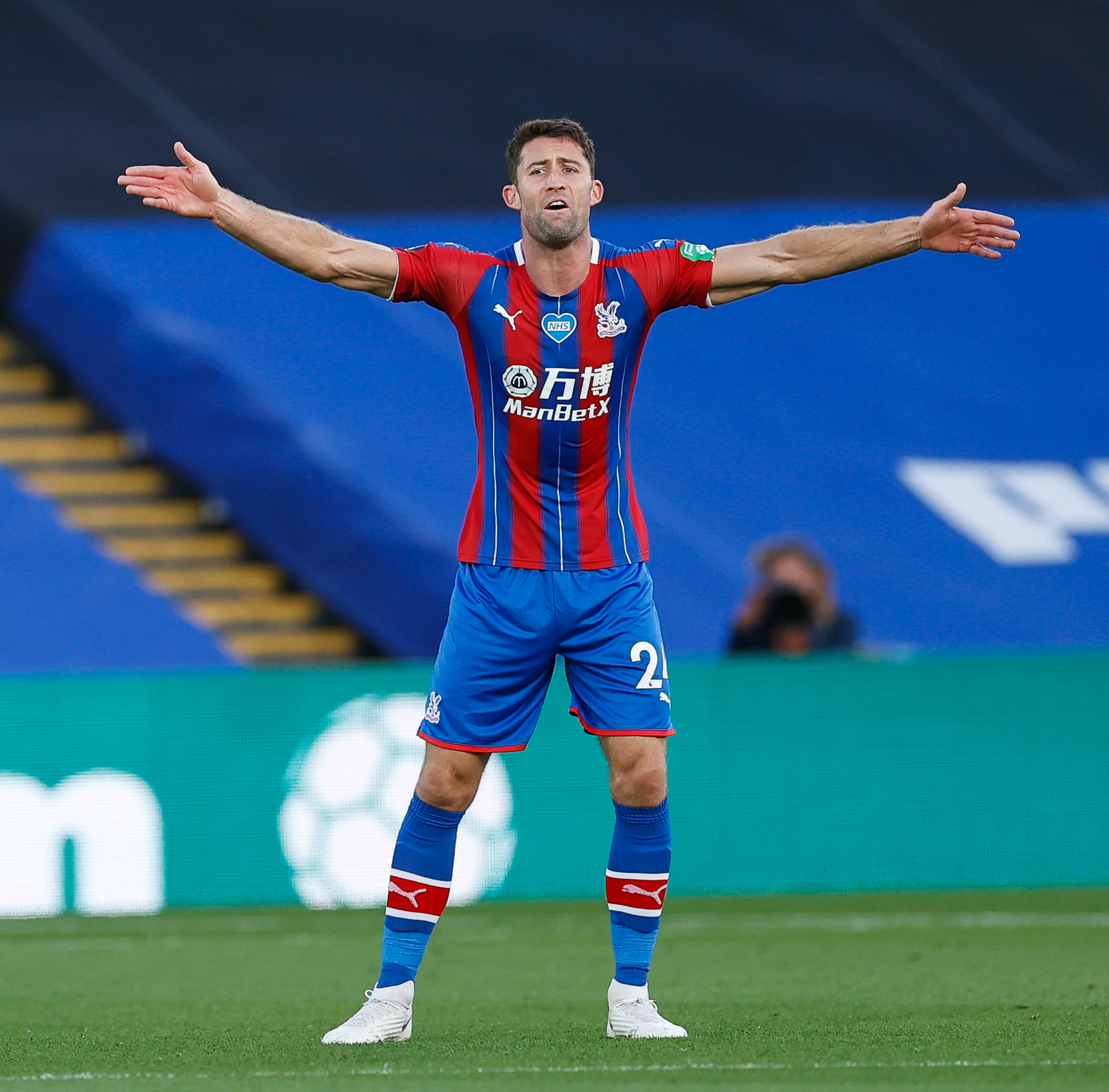 He was only able to name seven subs last night – and two of those – Bailey Peacock and Lukas Jensen – were keepers without a top flight appearance between them.

He is going to need plenty of reinforcements this summer if they are in next season’s Europa League.

This was never going to be a classic and the sight of Palace boss Roy Hodgson yawning on the touchline summed up how thrilling this clash was.

Despite this defeat, Hodgson has done an excellent job at Palace this season. 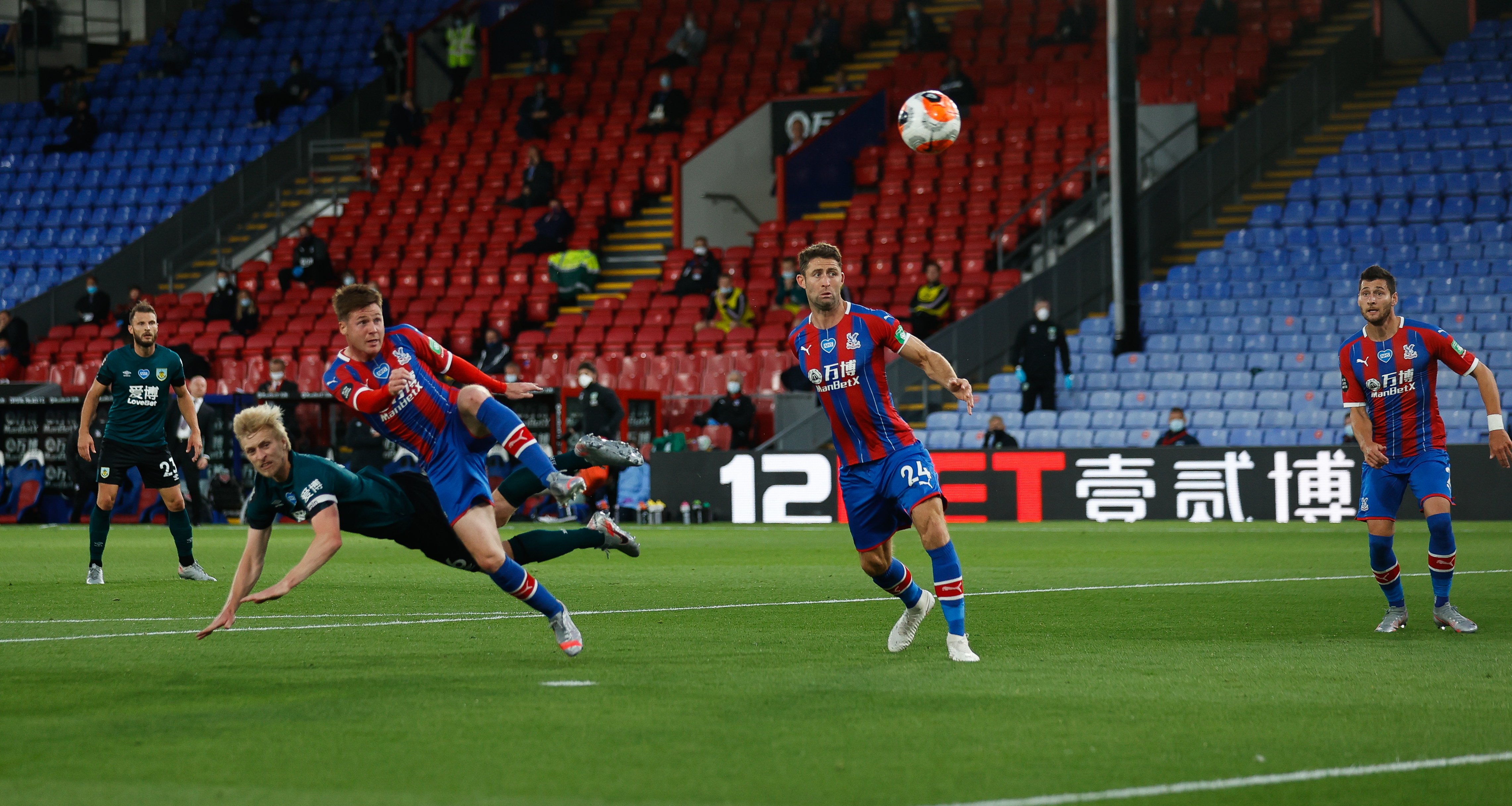 The Prem’s oldest boss, 72, is supposed to be vulnerable in this current pandemic.

But there was no sign of any vulnerability whatsoever when he chased an Amazon Prime camera crew off the pitch as they tried to film a private pre-match chat he was having with his opposite number Sean Dyche an hour or so before kick off.

It is hard to believe now that most thought he would never manage again after his England axing in 2016.

But there still seems to be plenty of life in the old Eagle yet. 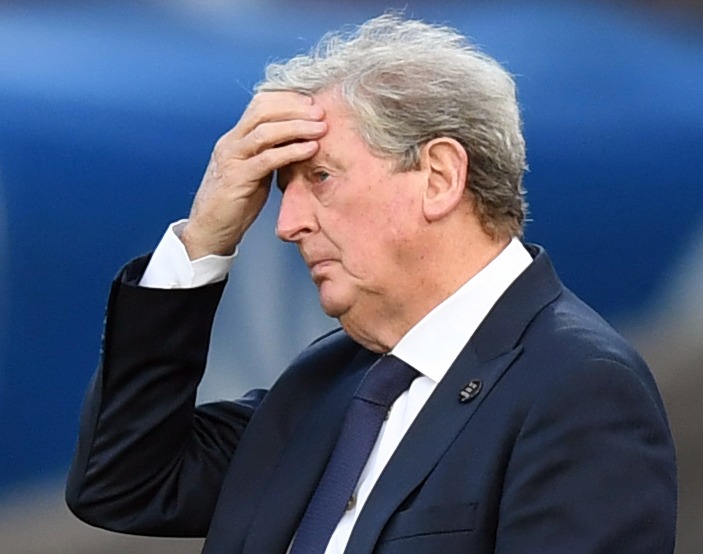 The platform for Palace’s cracking campaign had been their defence.

Before Wednesday’s 4-0 defeat at Liverpool they had won all of their previous four League matches without even conceding a goal.

That is just as well as the Eagles have scored just 28 times in the top flight this term. Only bottom club Norwich, with 25, have a worse record.

This was the definition of a mid-table clash with 10th-placed Palace and Burnley in 11th separated by goal difference only at the start of play. 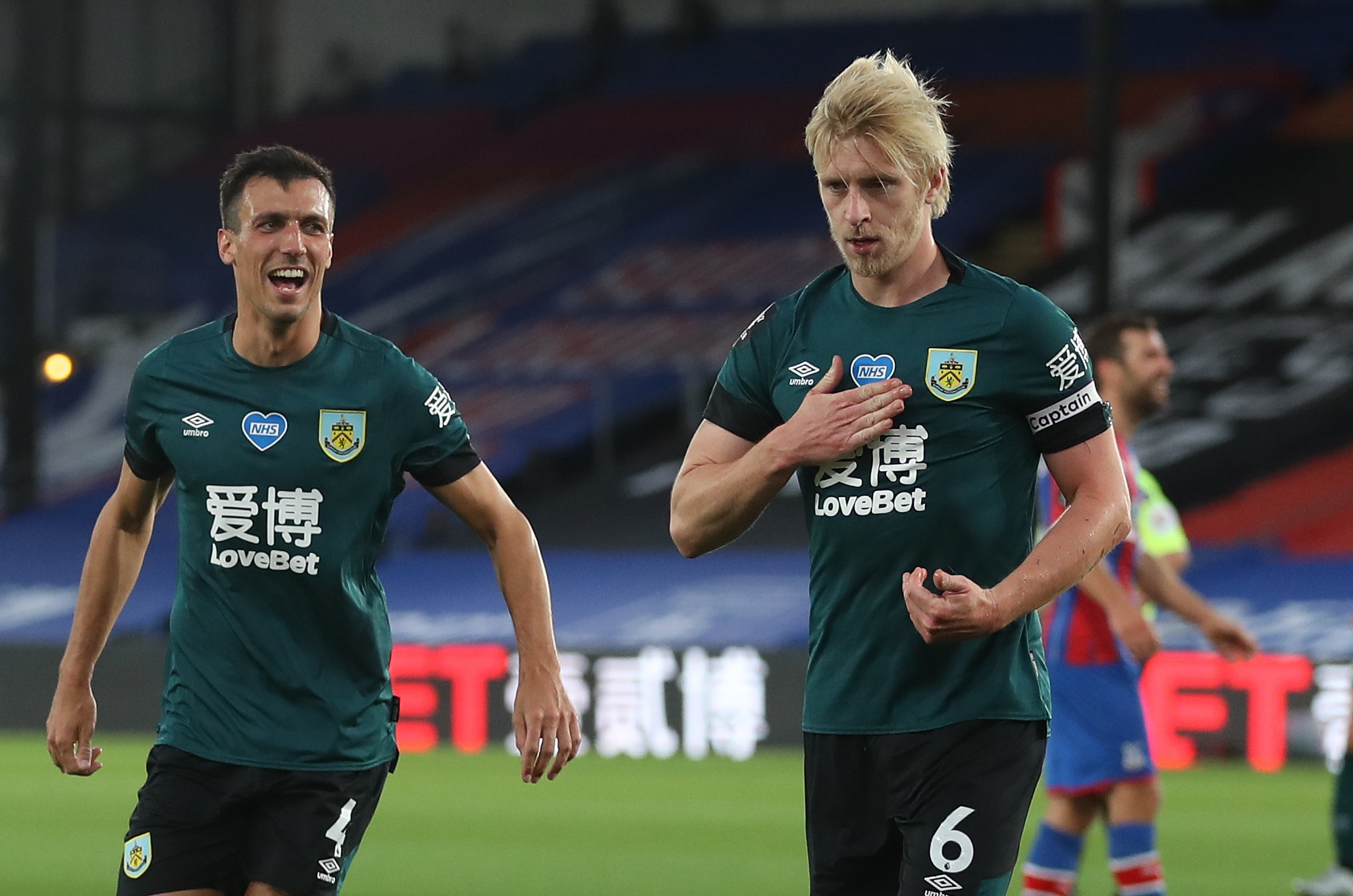 We had to wait 20 minutes for the first goalmouth incident when Ashley Westwood’s corner to the far post for Burnley was volleyed back into the six-yard box by Mee and when Palace failed to clear, McNeil blazed a shot over the bar.

McNeil then had a shot comfortably saved by Guaita after almost catching the Eagles out with a burst towards goal.

Palace’s only first-half effort on target was Jordan Ayew’s shot from outside the box which Nick Pope dived to his right to save in the 33rd minute.

We almost had some controversy five minutes after the break when Ayew shoved Josh Brownhill in the face. 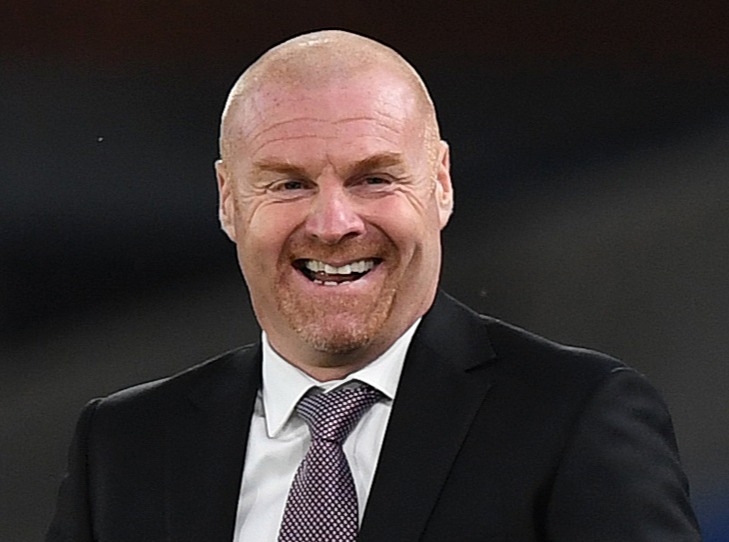 But after taking what seemed an absolute age, VAR Graham Scott decided it was NOT a red card.

Why the call took so long is anybody’s guess. Perhaps they have to wake the video official after such a boring match.

Hodgson had sent on James McCarthy for Cheikhou Kouyate at the break in a bid to liven up his team – and, in fairness, they were better. Slightly.

Gary Cahill had a great chance to open the scoring but his weak shot was easily saved by Pope.

Just when it seemed the hosts were taking control, Mee headed in Westwood’s free-kick in the 62nd minute despite weak-armed Guaita getting a hand to it.

It was his first goal since he scored in Burnley’s 2-1 defeat at Manchester City on January 2. 2017.

Palace tried desperately to snatch a point and went close with a Scott Dann header over the bar and a Patrick van Aanholt shot saved by Pope.

R.I.P. to the R.P.I.: Selection Committee Breaks Out New Math