Jude Bellingham explains ‘iconic’ World Cup celebration with Jordan Henderson in win over Senegal, revealing that when England team-mate got so close to him he ‘just had to commit!’

Jude Bellingham has revealed the story behind his now-iconic celebration with Jordan Henderson after the pair combined for the first of three goals against Senegal in the round of 16.

Bellingham – who has drawn widespread praise for his performances in Qatar –  pressed his forehead into that of Henderson after the latter’s first-half strike, and admitted he was surprised by the intensity of his midfield partner at first.

The 19-year-old went on to add that we would like England fans to continue to talk about the infamous celebration ‘for a long time’ as he hopes to have imparted a little piece of Three Lions World Cup history to supporters. 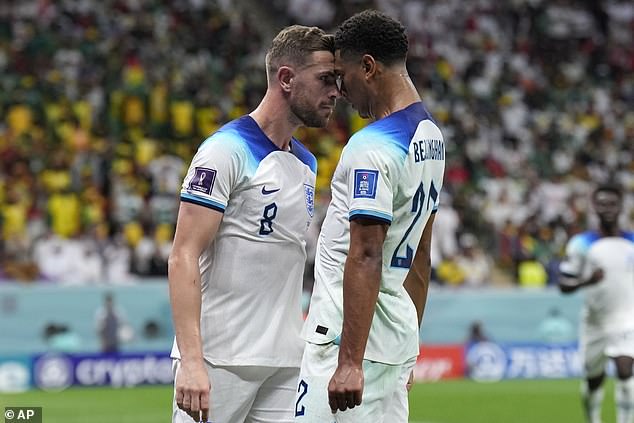 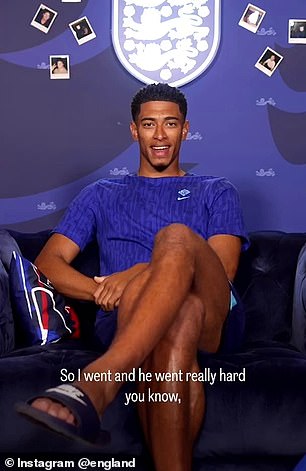 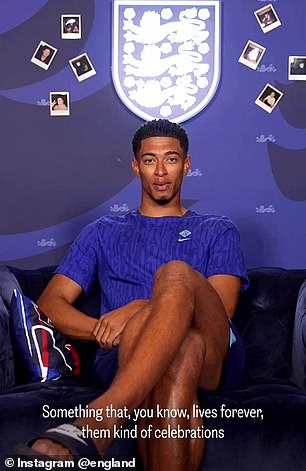 After Harry Kane played Bellingham in down the left of the Senegalese final third, with the former Birmingham man running at the defence before cutting the ball back for Henderson to finish from inside the box.

Henderson then ran towards Bellingham who, stood on the byline, pointed at the Liverpool skipper as he ran towards him before the pair pressed their foreheads together and held the pose for several seconds. 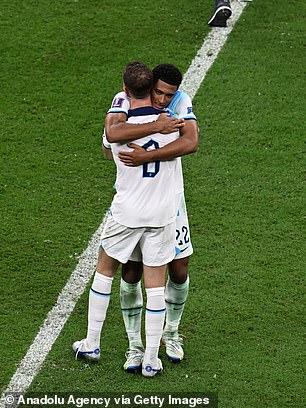 The FA posted a video on Instagram, Bellingham talked through the celebration, coming in a game which the Borussia Dortmund midfielder excelled in throughout.

‘To be honest he got so, like, close and I was thinking, right, if this is what we are going to do we have to commit, don’t we?’ he begin in the video.

‘So I went and he went really hard you know, proper hard, like right there.

‘And that’s why my back’s arched like that, because I am thinking like he’s proper hard here and he’s proper close.

‘So I kind of just had to turn the core on a bit, lean forward and get into a bit of more of a comfortable position. But it was a good moment.

‘Something that, you know, lives forever, them kind of celebrations and hopefully, people will be talking about it for a long time.’

The pair have built a strong working relationship on the pitch, and speculation has begun to circle over whether Bellingham will be making a move to Anfield in the summer, with several clubs reportedly admirers of his services.

Fantasy Football Cheat Sheet: All you need to know to win in Week 7