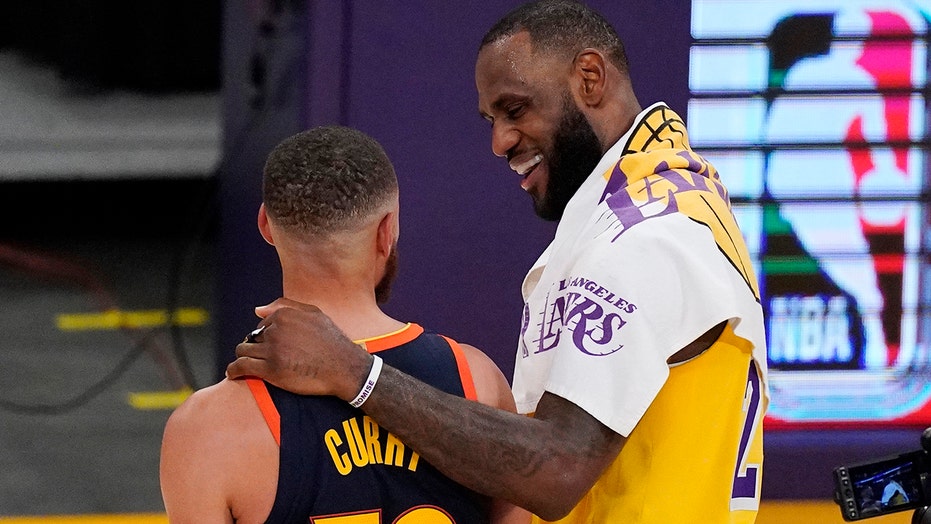 LeBron James and the Los Angeles Lakers narrowly defeated the Golden State Warriors in their play-in tournament matchup earlier this week to officially make the NBA playoffs as a No. 7 seed.

James, who has been battling ankle issues, knows he has to turn it up a notch to even get back to the Western Conference Finals this summer. On Thursday, the four-time champion channeled President Theodore Roosevelt in an Instagram post.

James used Roosevelt’s “Man in Arena” speech to get himself and his followers hyped for the upcoming series against the No. 2 team in the West: the Phoenix Suns.

“It is not the critic who counts; not the man who points out how the strong man stumbles, or where the doer of deeds could have done them better. The credit belongs to the man who is actually in the arena, whose face is marred by dust and sweat and blood; who strives valiantly; who errs, who comes short again and again, because there is no effort without error and shortcoming; but who does actually strive to do the deeds; who knows great enthusiasms, the great devotions; who spends himself in a worthy cause; who at the best knows in the end the triumph of high achievement, and who at the worst, if he fails, at least fails while daring greatly, so that his place shall never be with those cold and timid souls who neither know victory nor defeat,” James wrote.

The Lakers are looking to be the first repeat champion in the NBA since the Warriors did it in 2017 and 2018.

UFC trying to bring Conor McGregor 'back from the dead' by giving him Dustin Poirer trilogy, says Nate Diaz