Home » Sport » Mystery of the most expensive horse ever worth £53.7m and with his own solid gold statue who flopped at stud

MYSTERY surrounds the story of the most expensive horse ever worth £53.7million who ended up flopping at stud for just £5,000.

Fusaichi Pegasus – who is honoured with his own solid gold statue in Japan – was bought by Coolmore Stud in 2000. 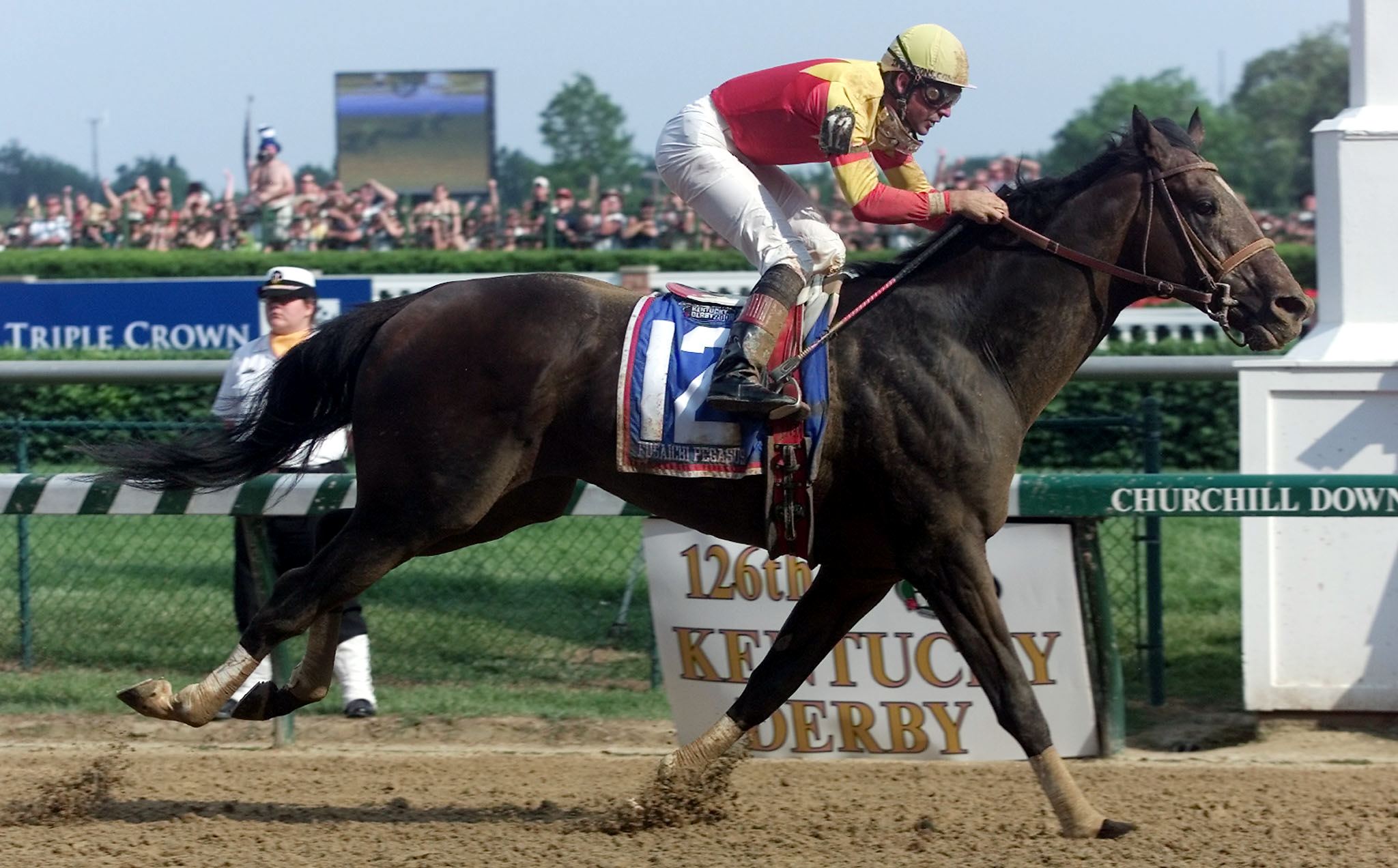 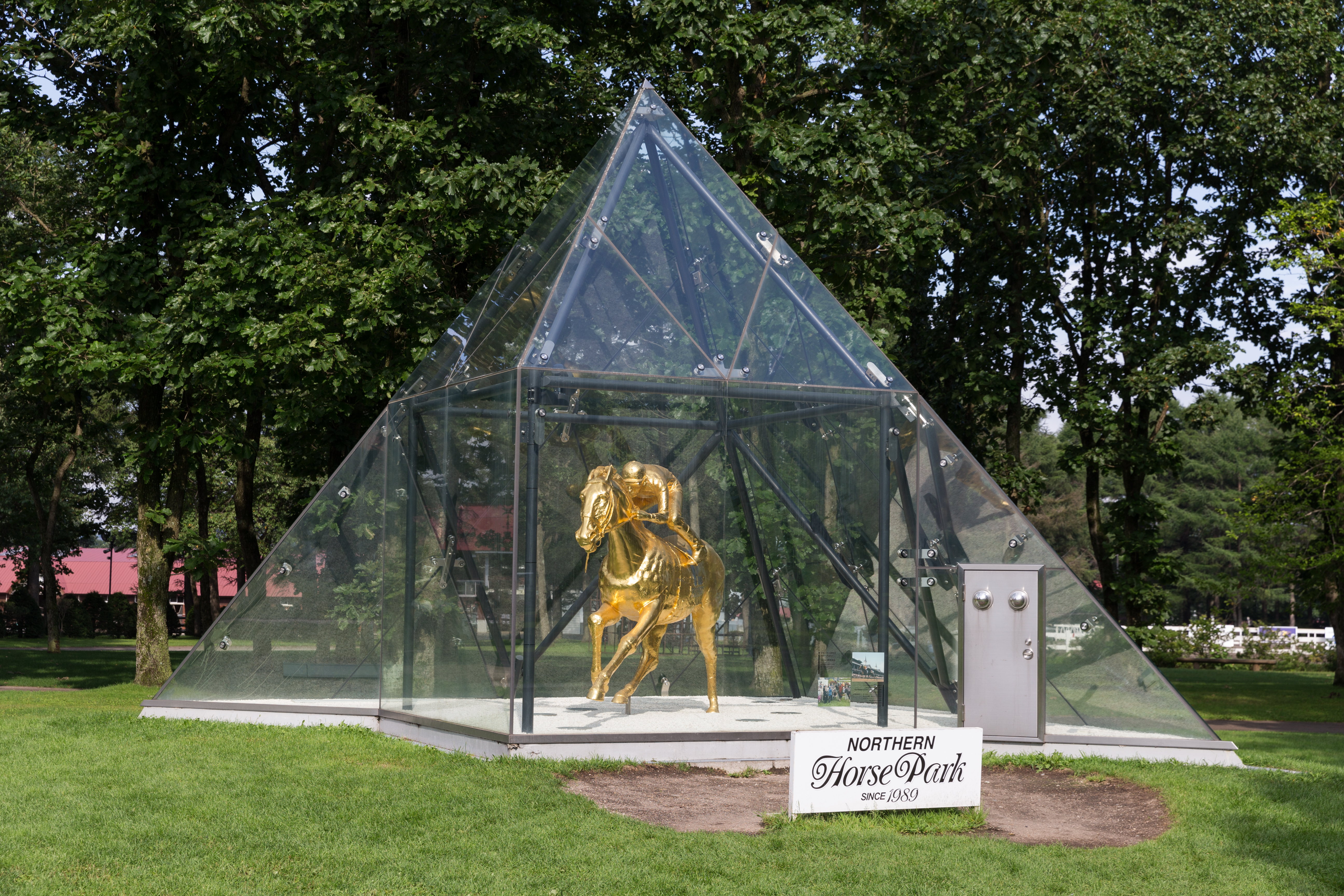 The horse arrived an absolute superstar.

It looked like he had been destined for greatness ever since he was nicknamed 'superman' on the day he was born.

Sure enough, Fusaichi Pegasus took the world by storm in 2000.

He won the Kentucky Derby after coming from next to nowhere in lower graded races in the US, and won six of nine races in all.

There was something special about him. Famed US jockey Kent Desormeaux said he didn't have to use the whip once in three wins.

And the success of his sire, the great Mr Prospector, and his progeny, suggested Fusaichi Pegasus was as good as being a sure-fire money-making machine at stud.

The billionaire big boys with their cheque books thought so too – they had their hearts set on earning way more than the £1.4m the horse won on the track.

So when time was called on his racing career, Fusaichi Pegasus' owner Fusao Sekiguchi – who bought him for around £2.8m – held out for the biggest price. 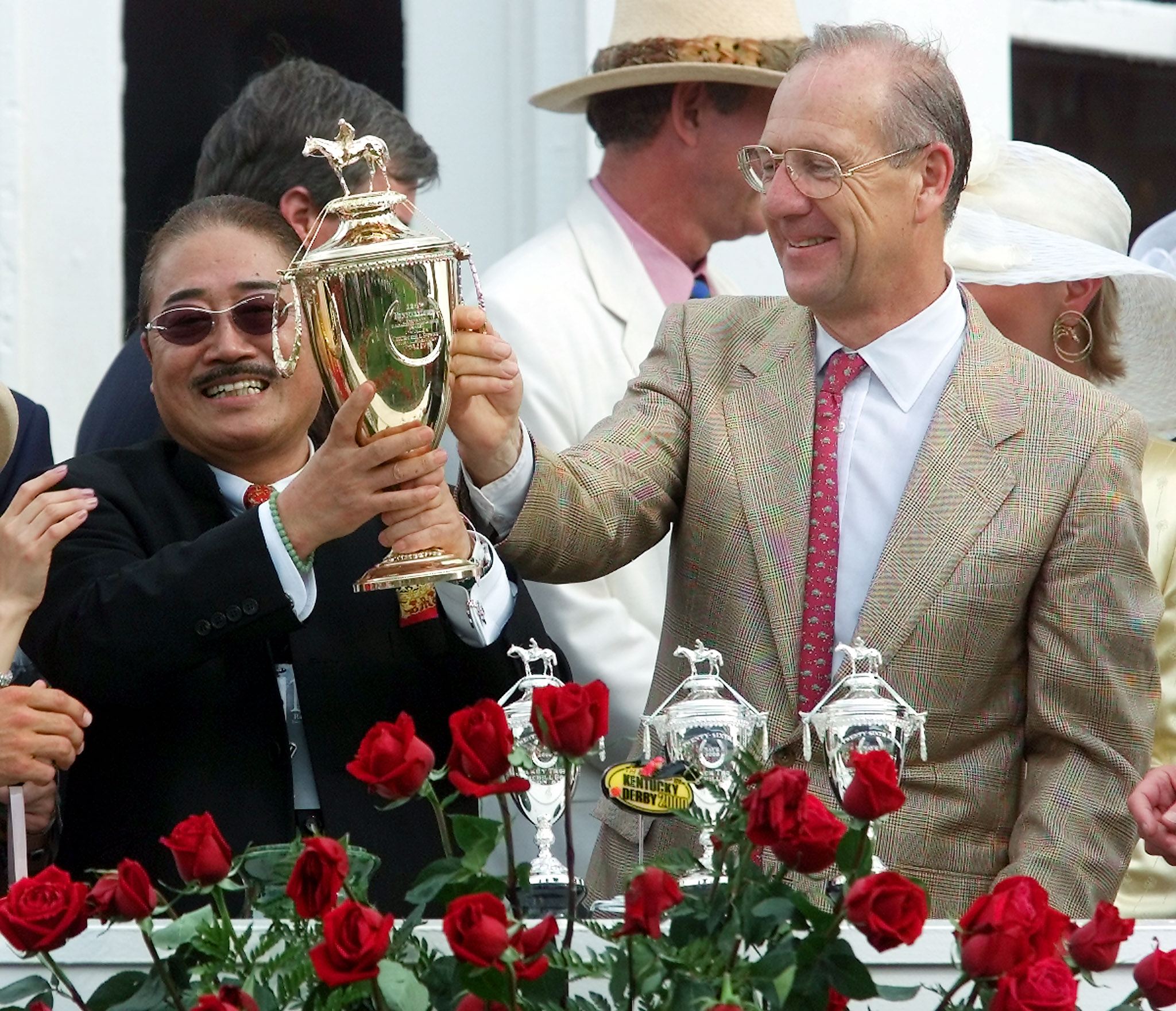 There are stories of envelopes passed under hotel room doors, detailing offers of £20m and £35m.

Eventually, the widely accepted figure the horse went for is around £53.7m

But no one could really have predicted what happened next.

Fusaichi Pegasus stood at Coolmore's Ashford Stud in Kentucky, US, for an opening fee of just under £110,000. 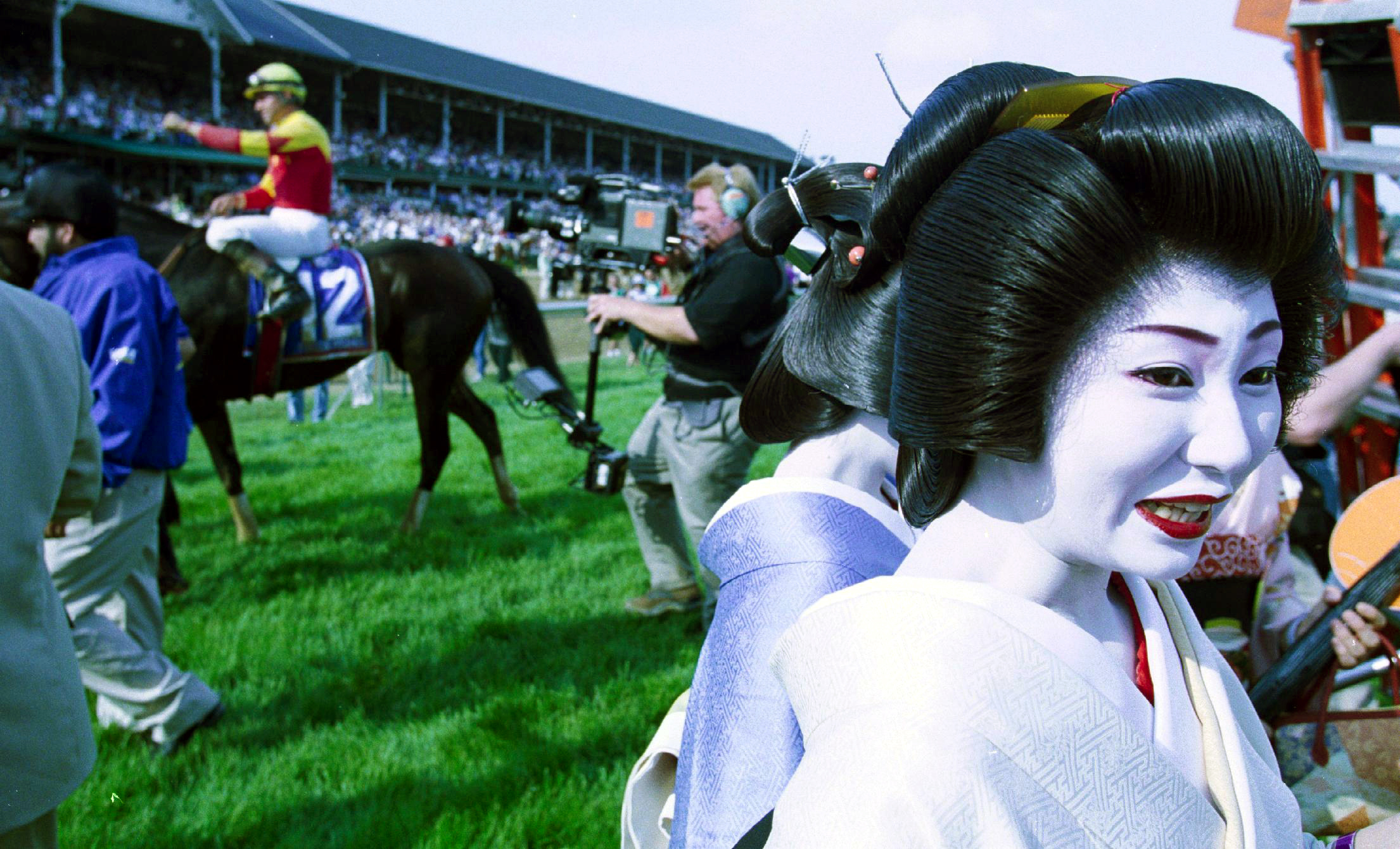 At the time that was another record high for a first-year stallion.

But whereas horses like Galileo – worth around £180m and also owned by Coolmore – go onto produce winner after winner, the same never quite happened with Fusaichi Pegasus.

Breeders usually bank on top horses raking in millions during a year from covering mares.

Yet by 2007 Fusaichi Pegasus' fee had been slashed in half. 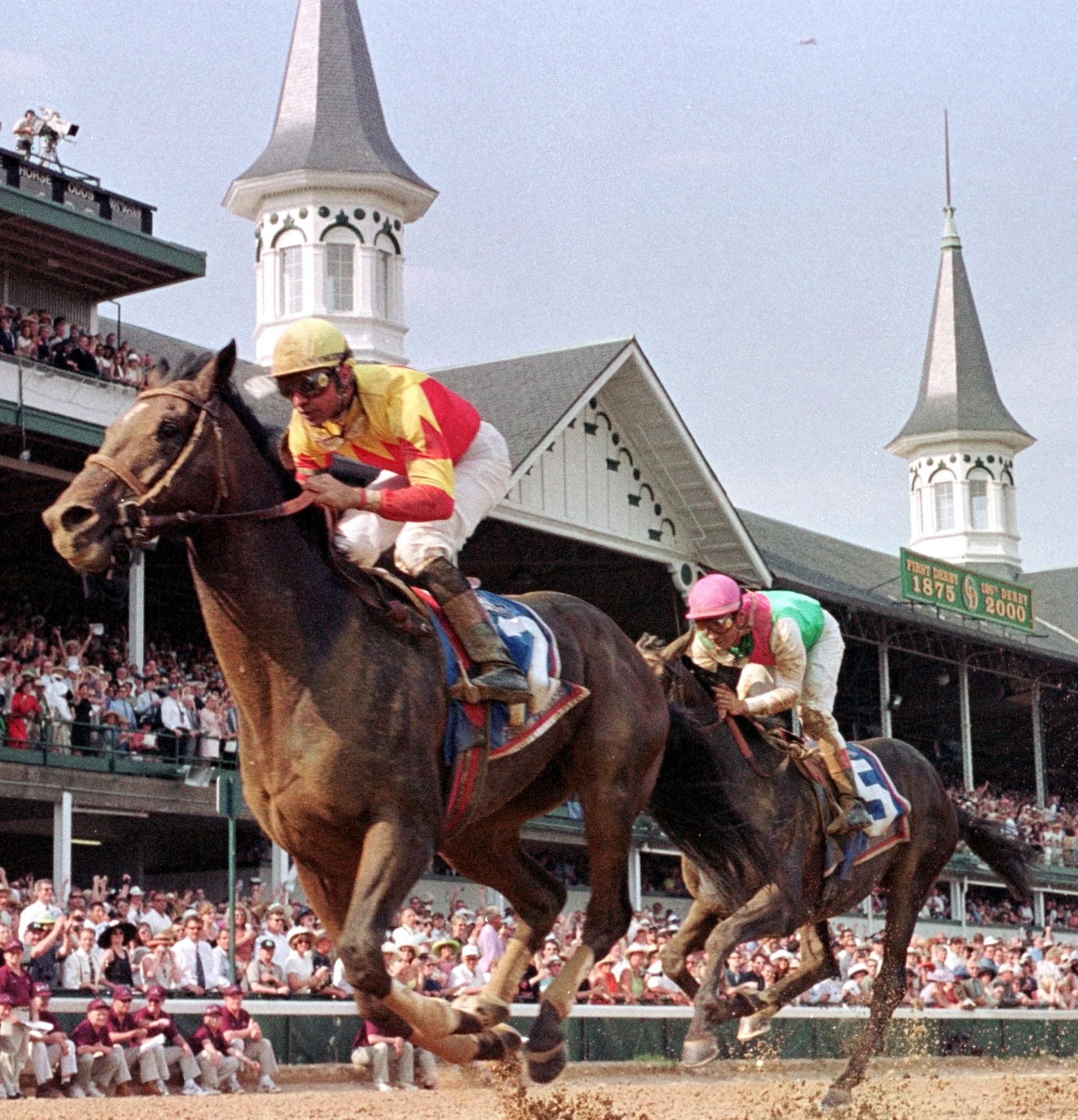 Action Network report that, by the end, this horse that promised so much ended up being the cheapest of the 14 stallions at Ashford Stud.

The horse's career was finally ended for good late last year, when he was pensioned from stud duty.

Maybe he was a victim of his own success.

The hype around FuPeg – what fans called him – meant he was always going to be judged to the highest standards.

But it remains a mystery why the real money-making years of his life never took off and, ultimately, breeders looking for the next big superstar stopped looking in the most likely place.