WWE star AJ Styles has suffered a nasty shoulder injury which is putting his pre-WrestleMania plans into chaos.

The Phenomenal One landed awkwardly after being speared by the returning Edge during the Royal Rumble last night. 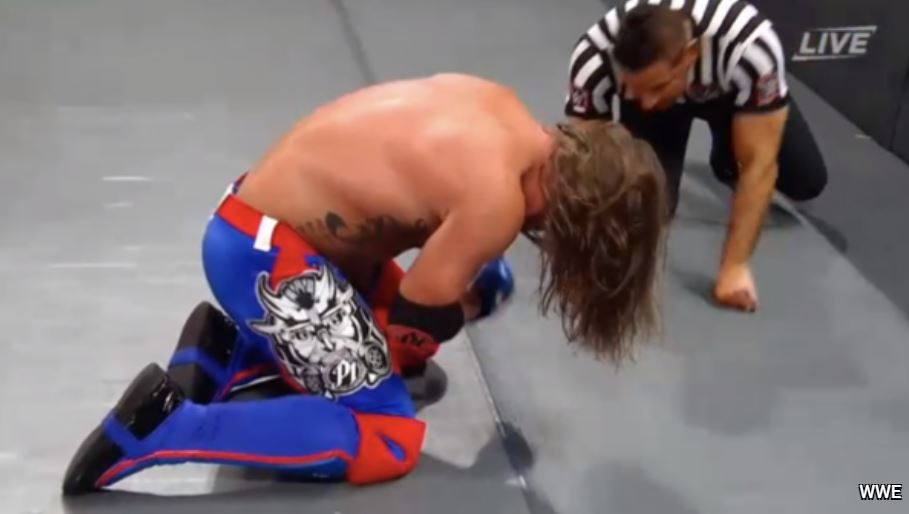 He was left in visible agony and came up holding his left shoulder, which was seen dangling by his side.

Styles was then immediately eliminated from the match before being looked over by referees and medics at ringside.

According to the reliable PWInsider, was then taken backstage where he had further tests and was seen with ice on the injured area.

The 42-year-old will have another examination today to determine to extent of the problem and how long he will be out for.

If they come back bad, it could put Vince McMahon's plans for Styles ahead of WrestleMania in doubt.

He is expected to have another huge match at the flagship pay-per-view in Tampa Bay, Florida, in April.

The WWE have yet to make comment on the situation ahead of Monday Night RAW or this Friday's SmackDown Live.

Styles came into the Rumble at No18 and lasted just under eight-minutes without eliminating anyone.

Drew McIntyre went on to win the match, and set up a title clash of his choosing at 'Mania.

Meanwhile, Charlotte Flair won the Women's Royal Rumble to become the No1 contender.

Brendan Burke’s wife tortures him as he misses Islanders game