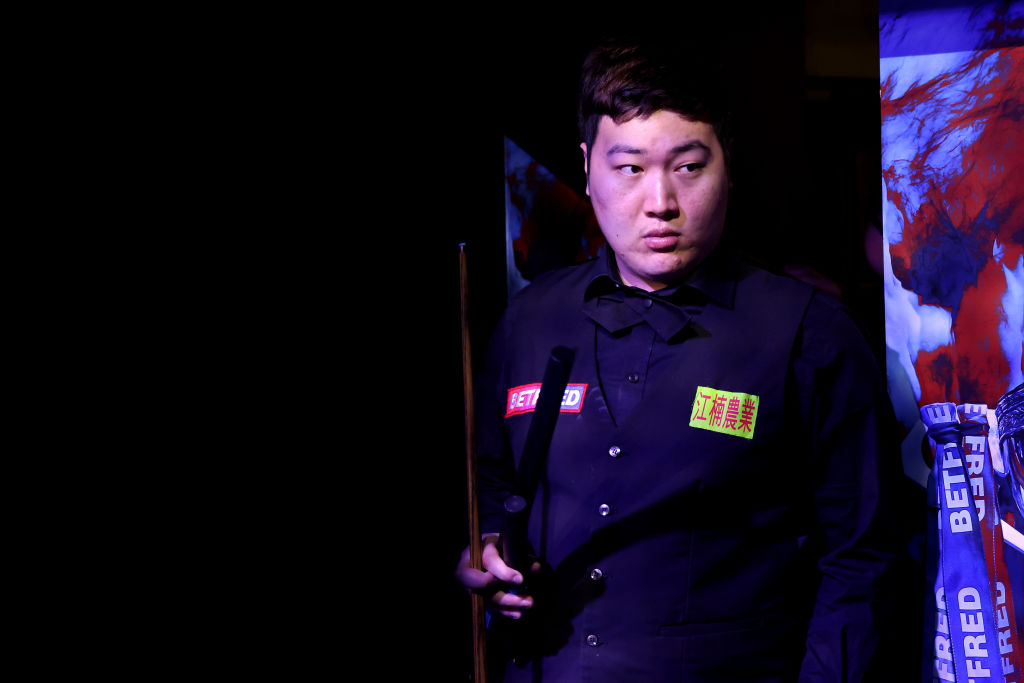 Yan Bingtao thought he was going home during the deciding frame of his 4-3 win over Ronnie O’Sullivan on Thursday in Belfast, but was delighted to beat the six-time world champion and move into the Northern Ireland Open quarter-finals.

It was a dramatic contest in Belfast as O’Sullivan twice had the lead and then seemed to wrestle back momentum as he took the match to a decider in memorable fashion.

Many young players would have crumbled at that point, but not the Masters champion, who instead watched O’Sullivan spurn a good chance for the match before claiming a famous 4-3 win.

‘I missed a long pot, good chance for Ronnie and I was thinking I’ll go home tonight, I was surprised he missed the pink and gave me a very good chance.

‘I just told myself, don’t think of the last frame, think about the next frame.’

Few would have been expecting this clash in the quarter-finals but Yan will take on Mitchell Mann in the last eight and the Chinese star is feeling confident.

Yan has enjoyed a great time in this event before, becoming the youngest ranking event finalist ever when he reached the showpiece in 2017.

He lost in a deciding frame to Mark Williams in that contest, but he still has fond memories of Belfast, saying: ‘Yeah I’m enjoying it every time, every year.’

How Spurs could line-up with Ndombele and Sessegnon in with a chance, but Lo Celso ruled out with injury for Crystal Palace clash – The Sun

Monday Racing: Tips, news, betting and all the latest for Chester, Southwell and Leicester

Undefeated Boxer Disqualified For Tackling, Then Biting His Opponent