Home » TV & Movies » ‘90 Day Fiancé’: All of the Red Flags in Ben and Mahogany’s Relationship

On the Jan 16 episode of 90 Day Fiancé: Before the 90 Days, TLC finally introduced fans to Ben and Mahogany’s long-distance relationship.

52-year-old Ben is looking forward to finally meeting the love of his life, 24-year-old Mahogany, after his messy divorce and leaving his strict church. However, there are many red flags that have 90 Day Fiancé fans wondering how legit their relationship is.

After posting his fitness modeling photos on social media, Ben caught the attention of 24-year-old Mahogany from San Bartolo, Peru. The two began talking online for three months, and they’ve yet to video chat. Despite this, Ben is planning a trip to visit her in Peru. However, after Ben showed his friends and family the photos of Mahogany, they immediately saw warning signs.

Ben admits to his friends that they’ve talked on the phone twice but have yet to video chat. He says, “There’s a good reason for that. So she’s just very shy. And she just doesn’t like video chatting, and I understand that.” However, his friends and family all agree that Mahogany’s photos look fake or very heavily edited.

Ben has been catfished before.

This isn’t the first time that Ben has talked to strangers online. In fact, he ended up falling in love with someone who was catfishing him to extort money from him.

Ben tells the cameras, “I really haven’t told anyone. I have been catfished before. And it took me several weeks to figure out the person I was talking to was actually a man that was texting me from Africa.”

He admitted, “It really hurt me, actually. But I know that’s not the case with Mahogany. Because we just keep connecting every single day, deeper and deeper. And you can’t fake that.”

Despite Ben believing everything Mahogany tells him, his friends are much more skeptical of her intentions, especially after Ben reveals that he’s been sending her money. 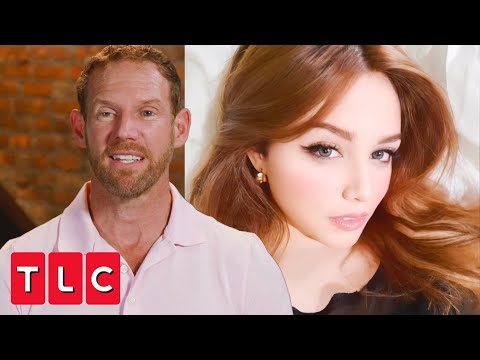 His friend suggests that he’s being “scammed,” but he doesn’t see it that way. His friend says, “You don’t even know if she’s a real person or if she’s anything who she says she is.”

Ben retorts, “Listen. If I have to spend a thousand dollars to find out if she’s real.” He confirms that he sent Mahogany a $1,000 loan. Ben defends his choice to send her money. He says, “She asked for a loan, which is different.”

Many 90 Day Fiancé fans are convinced that this will be another ‘Williams’ situation. However, Mahogany and Ben might surprise us. 90 Day Fiancé: Before the 90 Days airs Sundays on TLC and discovery+.