Home » TV & Movies » A Second Downton Abbey Movie Is Happening. Here’s What We Know So Far.

The Downton Abbey movie is finally here, after what feels like the longest wait. While a film version of the TV show had been in development since before the series even wrapped, fans will likely want to know if a Downton Abbey movie sequel is on the horizon.

Here’s everything we know so far about whether the Downton Abbey movie will be getting a sequel.

The first movie has been so successful that a sequel is already being discussed.

The Sun reported that “a sequel is already in the pipeline” following the immense financial success of the first movie. Per the publication, the movie has “taken more than £110 million [approximately $134 million] globally despite being out for only 26 days,” with around $73 million of the movie’s box office coming from the United States alone.

Michelle Dockery would love the cast to “get back together” again.

According to Michelle Dockery, who portrays Lady Mary, a movie sequel completely depends on how well the first movie is received. In a new interview, Dockery told Harper’s BAZAAR that she loved making the movie, especially as it gave her the chance to reunite with the cast. She explained, “Because we loved doing it so much, [when we wrapped] it was definitely that feeling like, Oh, we could do this again, and it would be wonderful to all get back together.” 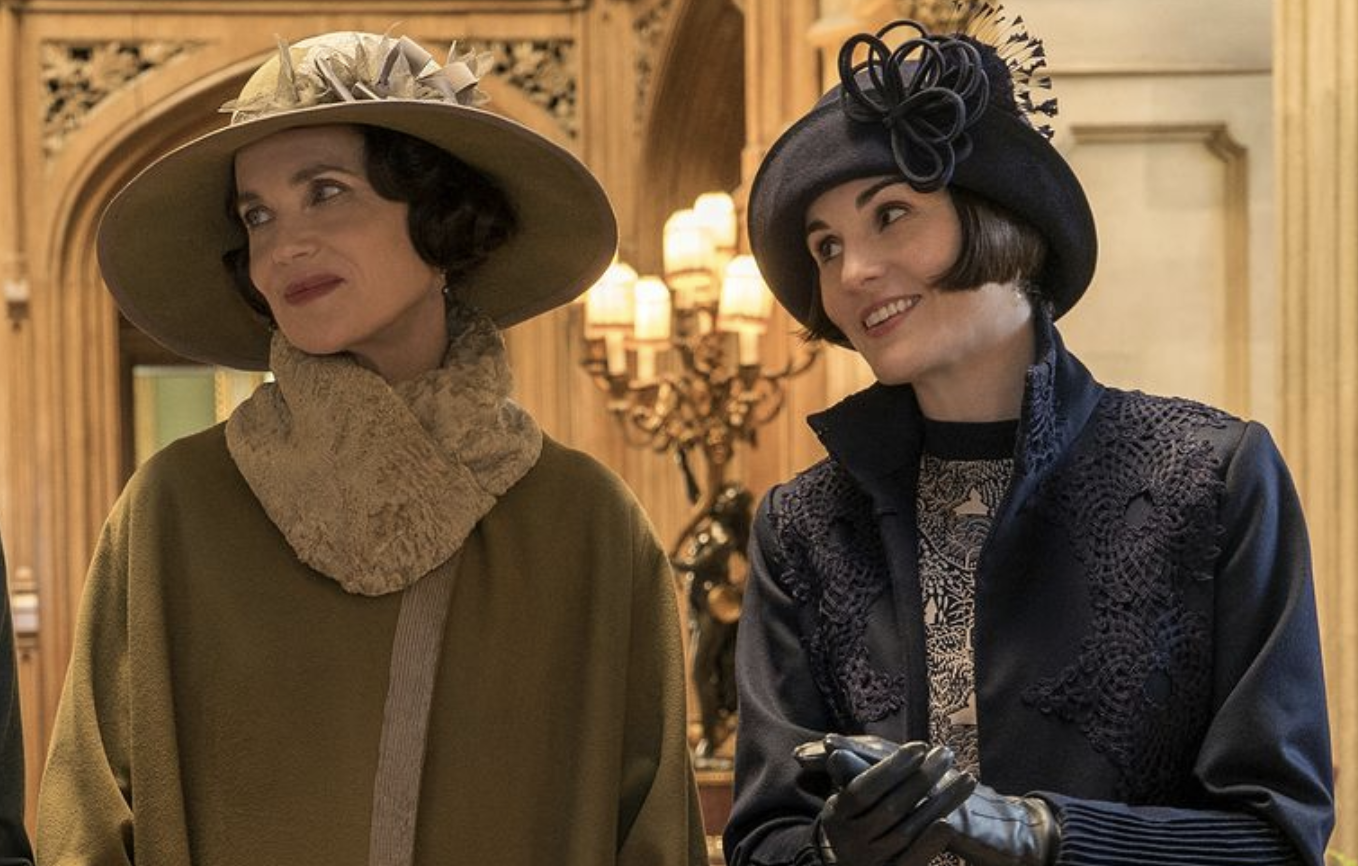 Dockery continued, “We have such a good time. But that really depends on how it’s received. It will be really interesting to see the reaction.”

The characters have more stories to tell.

Joanne Froggatt, who portrays Anna Bates, is excited about the future potential of all of Downton Abbey‘s characters. Hinting that she’d return for a movie sequel, Froggatt told BAZAAR, “I guess it’s down to the fans, isn’t it? I mean, if it’s popular and people love it, and, of course, there’s scope to do something else.”

Froggatt also revealed, “I think this story can be never ending when you’ve got that many different characters, personalities, relationships—whether they be romantic or friendships or feuds. Whatever those relationships are, you’ve got this melting pot of all these amazing stories that can come up from there. I don’t think you’d ever say it’s the end of the story.”

Sophie McShera, who plays Daisy in Downton Abbey, concurred with Froggatt and told BAZAAR, “Definitely we’d all be up for always revisiting these characters. We love them.”

Lady Cora may take some persuading though.

Elizabeth McGovern, who plays Lady Cora in Downton Abbey, isn’t completely against the idea of making a sequel, but she isn’t necessarily for it either. She told BAZAAR, “For me, we’ve done it, but that’s just me. I suppose if there’s a hunger for it, people [will] want to do it more, but, personally, I feel like enough already.”

Despite feeling as though the story is finished, from her point of view, McGovern implied that she’d also return for the fans. She revealed, “But I would never want to take anybody’s pleasure away if they want [it].”

Sequel ideas have been discussed.

Producer Gareth Neame told The Hollywood Reporter, “We’ve got the beginnings of ideas of what we might do next—if that would happen.”

Meanwhile, Allen Leech, who plays Tom Branson in the show and the movie, told The Hollywood Reporter, “What I love about what Julian always does is when it looks like he’s finishing a storyline, he’s actually starting one.” Leech continued, “It would be very interesting to see what would happen. I think we would all be up for it. It all comes down to how this one does. If people really love it and there really is an appetite, then why wouldn’t we do it?”

The movie’s director, Michael Engler, confirmed to Vanity Fair, “I think there always is potential.”

The pandemic has delayed filming.

Downton Abbey‘s patriarch, Hugh Bonneville, revealed that the Downton Abbey sequel will start shooting as soon as cast members have had the COVID-19 vaccine. Per Variety, Bonneville revealed on BBC Radio 2’s The Zoe Ball Breakfast Show, “Here’s the deal, if everybody who is offered a vaccine takes a vaccine, we can make a movie, we will make a movie. … It’s the usual thing. The planets are circling. They are beginning to get into alignment.” He continued, “There is a thing called coronavirus knocking around and until that is under control in a sensible way, we are not going to be able to get all those ducks in a row. Mixing my metaphors here.”

“But there is certainly the intention to do it,” he said. “We would love to do it, we are desperate to do it, and I think it’s the sort of pleasurable release of a movie like the first one was, that audiences would enjoy after all of this mess we have been through.”

Jon Gregory Dies: Editor Of Films Such As Three Billboards, Secrets & Lies And Four Weddings And A Funeral Was 77

Are Colton Underwood and Lucy Hale dating after his split with Cassie Randolph? – The Sun