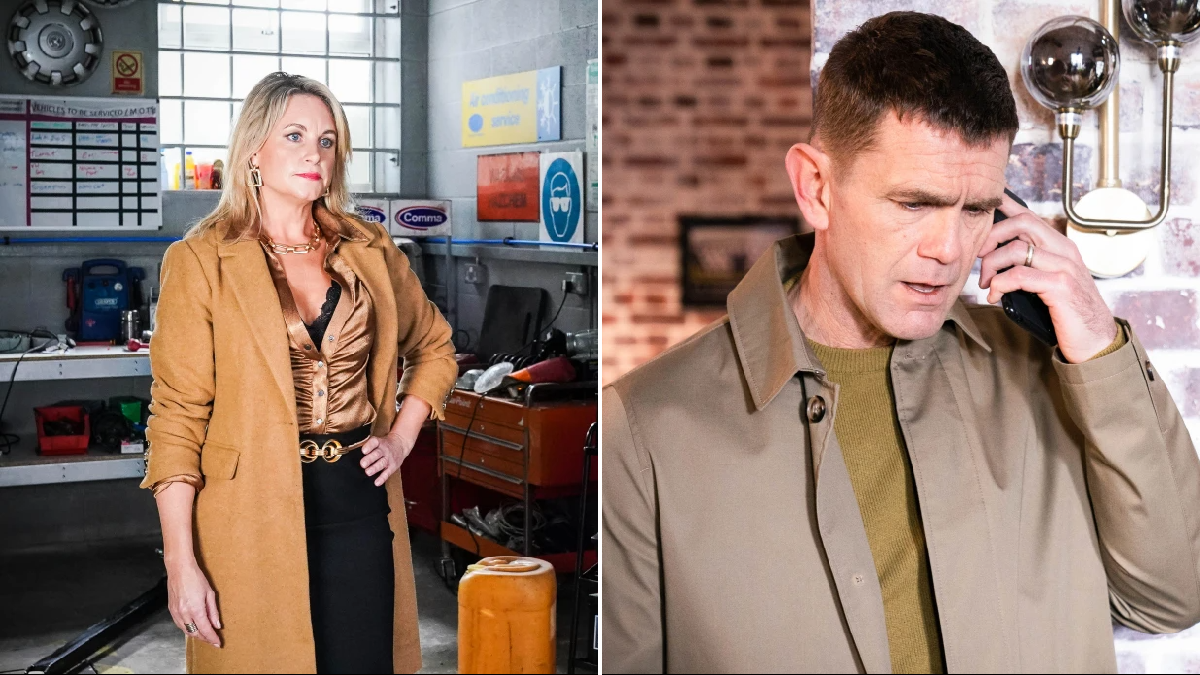 Sam Mitchell (Kim Medcalf) managed to get ex Jack Branning (Scott Maslen) on board with her scheming in tonight’s EastEnders, as she used their son Ricky (Frankie Day) as bait.

Since her comeback, viewers have seen Sam attempting to strike a business deal for the Mitchell empire with client Jonah, but as her plans were scuppered she blackmailed Jack to help by threatening to take Ricky away with her unless he agreed.

Jack was furious when Sam suggested she could sway a custody decision in her favour by claiming she was mentally ill when she walked out on their boy, and he was left with serious food for thought.

Tonight, as Jack mused over what to do for the best, Sam popped round again, making herself known to his daughter Amy while making it clear she was waiting for an answer from Jack.

He later got a call from the school to say Ricky had been picked up by his estranged mum. As Jack’s civil partner Denise Fox (Diane Parish) complained that they should never have let Sam take him, Sam was in the Prince Albert with Ricky.

Ricky once again quizzed Sam on her past actions, and she pointed out that Jack was a far better parent than her. Despite her game-playing, we’ve seen Sam’s vulnerable side appear, however briefly, where her son is concerned.

But for now her feelings have been overshadowed by ambition as she looks after the family business for brother Phil (Steve McFadden). It wasn’t long before Jack arrived, and Sam took him aside to once again suggest she could take Ricky from him.

Jack scoffed at the idea, but Sam admitted she wouldn’t be doing so out of love – but simply so that Jack couldn’t be with their child.

Sam added that she certainly wasn’t looking to channel Kate Middleton. But while that’s true enough, is she really so sure that she doesn’t want a real relationship with Ricky?

Despite Denise’s earlier protests, Jack reluctantly agreed to help dig dirt on Jonah. But just how far will he be prepared to go, and will it be enough to stop Sam from carrying out her threats?