Home » Shaun Wallace slaps down Bradley Walsh after ‘bad day’ swipe: ‘Only got one wrong!’

On Tuesday afternoon, Bradley Walsh welcomed budding quizzers Daniel, Emma, Suzanne and Calum onto The Chase with each player hoping to take home some cash. To do so, however, they’d have to outperform the ITV show’s resident quizmaster, Shaun ‘The Dark Destroyer’ Wallace. And while the Chaser’s knowledge impressed in the opening few rounds, it still wasn’t enough to stop first players Calum and Suzanne from making it to the Final Chase. And Bradley was keen to let him know.

Stepping up to the table, first of all, was retired policeman Calum, who’d racked up £5,000 in his cash-builder.

Calum turned down Shaun’s offers of £500 and £25,000 to stick with what he’d earned for their head to head, and it proved to be a shrewd decision.

There was little The Chase’s Shaun could do to catch Calum as he eased through his questions to return to his seat, and Suzanne soon followed suit.

Bradley welcomed the full-time mum to the table and she accumulated a respectable £4,000 in her cash-builder. 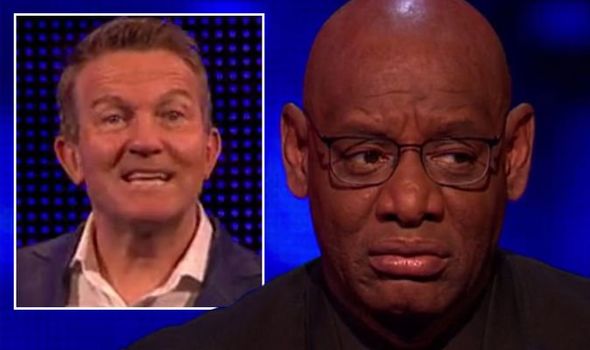 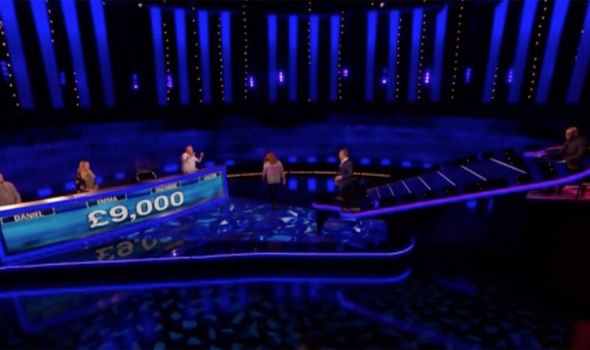 Seeing Calum making it through, Suzanne decided she’d stick with her cash-builder amount, turning down The Dark Destroyer’s offers of £400 and £34,000.

Again, it proved the right call as she beat Shaun in their head to head and joined Calum back at her seat.

And keen to tease the Chaser on his inability to catch either of the first two contestants, Bradley let loose.

“Well done,” Bradley said to Suzanne before he turned his attention to Shaun: “Two-nil to us. 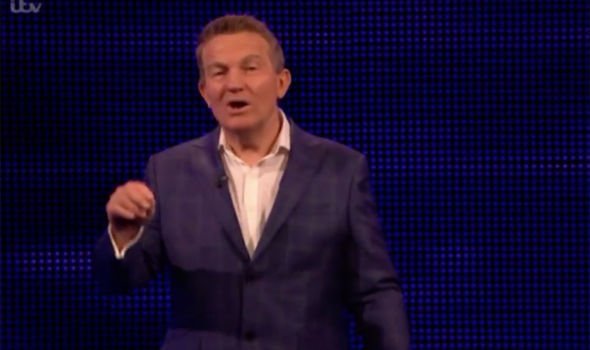 “Having a bad day?” Bradley sarcastically teased, but Shaun wasn’t going to let him get the better of him.

The Chaser quickly hit back: “What? With only one question wrong?”

But Bradley wasn’t going to stop his teasing there as he continued: “Bad day at the office.

“Nine grand. Two-nil to us, Emma’s up after the break,” Bradley continued.

Adding one final blow, he took aim at Shaun once more: “Can she make it an even worse day at the office? See you in a bit.”

Sadly for Emma, she couldn’t as Shaun managed to finally knock out a player from the team.

But final player Daniel got them back to winning ways and outran the Chaser to add £6,000 to the jackpot.

The trio of remaining players, therefore, had £15,000 to play for as they headed to the Final Chase.

And despite a few slip-ups, to begin with, the team racked up an impressive 19 steps for Shaun to catch.

Shaun’s “bad day at the office” continued into the final round, however, as the team were given the opportunity for a number of pushbacks.

And they proved pivotal as they beat Shaun with two steps remaining before his time ran out.

This meant Daniel, Suzanne and Calum went home with £5,000 each and Shaun left with a loss on his record.

The Chase continues weekdays at 5pm on ITV.