A TEEN felt like “electricity or fire was coursing through my veins” after suffering a coronavirus-linked inflammatory syndrome.

Jack McMorrow, 14, dismissed a rash on his hands – but ended up in NewYork-Presbyterian hospital just five days later.

The boy started experiencing a slightly raised temperature and rashes in mid-April, but his parents were "really confused at first" about his symptoms.

His dad, John McMorrow, told CNN he didn't think it was anything out of the ordinary.

And they certainly didn't fear it was Covid-19.

John just assumed his boy was suffering a low-grade fever, adding, "he had a rash on his hands and we dismissed it".

They spoke to his pediatrician, who prescribed antibiotics.

But, within five days it "blew up be a lot more than that".

Yet Jack still didn't think it was Covid-related.

The day he "woke up in hospital" after suffering heart failure, he experienced a pain that was like "fire in my veins".

He said: "I couldn't move anything, even for others to move my limbs at all, was painful.

"The only way I could describe it was that it felt like electricity or fire coursing through my veins."

His fever was so high that he couldn't feel the ice-cold water his dad was putting on his body to cool him down, apart from a slight 'tingle'.

He was showing "signs of having shock", but had no pre-existing symptoms.

The teen has no clue as to where he contracted the bug, as during weeks of lockdown in New York, he has "only gone out of the apartment to do the laundry".

Jack tested positive for both the coronavirus and anti-bodies.

Dr Connors said of the 40 children he had treated for Covid-19 in New York, only 40 per cent had tested positive for the virus.

Jack's case is the latest in scores of “inflammatory syndrome” illnesses in kids linked to coronavirus across the world.

Medics have recently seen a rise in children developing a condition similar to toxic shock syndrome (TSS) and Kawasaki disease, a disorder that causes inflammation to the heart.

Dar'yana Dyson, 15, died from rare inflammatory illness linked to Covid-19 in Maryland after having a fever and complaining of an upset stomach and a lack of appetite.

What are the symptoms the new 'inflammatory syndrome' in kids linked to coronavirus?

Health chiefs said in an alert to GPs the signs include:

The mysterious condition has been compared to toxic shock syndrome (TSS) and Kawasaki disease.

The signs of TSS are:

Signs of Kawasaki disease include: 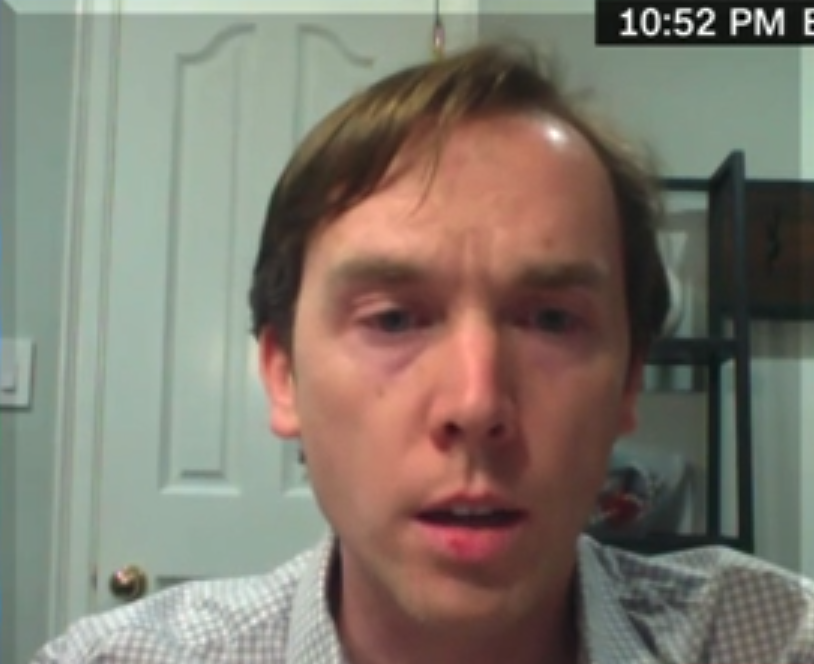