FIVE men have been arrested over the sick Grenfell Tower effigy video – as the warped mob were slammed by survivors and the Prime Minister.

The men, aged 19, 46, 55 and two 49-year-olds, were arrested after handing themselves in at a south London police station at 10pm on Monday. 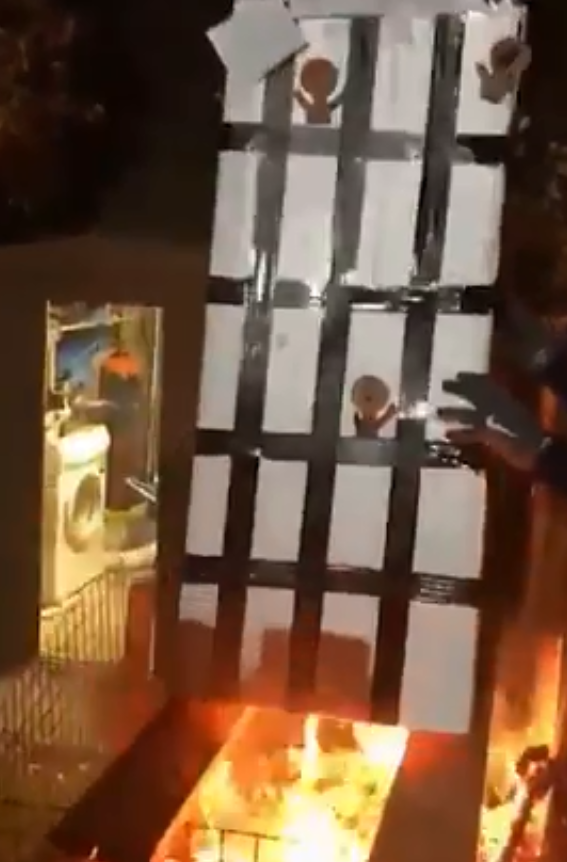 They have been arrested on suspicion of a public order offence and taken into custody.

The police officer in charge of investigating the inferno that claimed 71 lives called the video "vile" and "callous".

Cops have already launched a hate crime investigation into the shocking footage.

It shows the throng jeering as they burn a cardboard structure with Grenfell Tower written on the side – before crowing "stay in your flat" as it goes up in flames.

Harvey Weinstein to be charged in UK over assault claims