It is hard to imagine that the Queen would feel the need to discuss Denmark’s thriving pornography industry.

But before she met Margrethe II during the Queen of Denmark’s state visit to the UK in 1974, she was advised not to mention the nation’s ‘reputation as the pornography capital of Europe’.

Royal biographer and Mail writer Robert Hardman told the Chalke Valley History Festival yesterday how the information was included in a briefing note for Her Majesty. 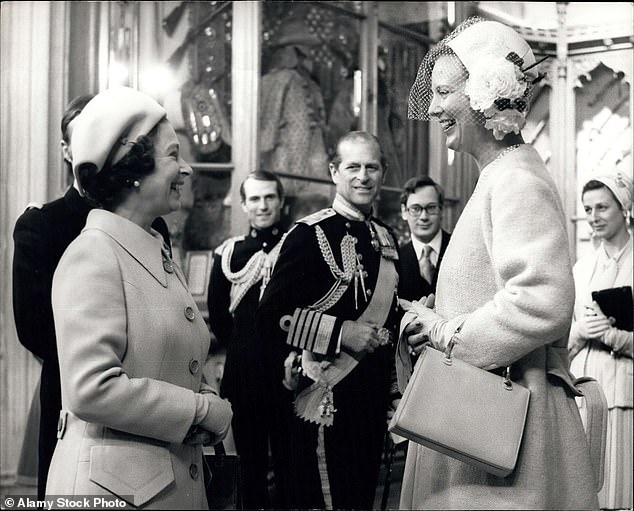 Royal diplomacy: The Queen and Prince Philip welcome Margrethe II in 1974. The Queen was provided with a list of ‘topics to avoid’ before her meeting with Danish Queen Margrethe, right

‘Whenever she’s meeting any world leader there’s always two files she studies very closely,’ Hardman explained. ‘One is called “personality notes” and the other “topics to be avoided”. They don’t hold back, either.’

One entry in ‘personality notes’ about an unnamed Caribbean prime minister in 1977 described him as ‘unbalanced, at times to the point of apparent derangement’ and ‘a ladies’ man with a particular liking for blondes’.

The pornography issue appeared in the ‘topics to be avoided’ file ahead of the meeting with the Queen of Denmark. It said: ‘Danes are sensitive about Denmark’s reputation as the pornography capital of Europe.’

Hardman, whose book Queen Of Our Times: The Life Of Elizabeth II came out this year, told an audience at the festival, held annually near Salisbury in Wiltshire and sponsored by the Daily Mail: ‘I think two queens are fairly unlikely to stray into that territory.’

On the ‘personal effort’ that goes into her dealings with world leaders, he also revealed the importance of ‘wardrobe diplomacy’ in his talk, which was supported by The Rothermere Foundation.

On her first state visit to Germany in 1965, which was ‘an historic post-war moment’, she ‘absolutely nailed it’ at a state banquet having commissioned a dress matching the rococo decor of the palace where it was held.

Hardman added: ‘She didn’t need to say a word, they were absolutely bowled over by that – what a compliment.’ She has become such an institution that she now even has her own entry in the German dictionary.

He said: ‘Duden does for German what the Oxford Dictionary does for English. It’s got “die Königin” – your bog-standard, regular queen. But now it has “die Queen”.’

Last king of Bulgaria pays tribute to wisdom of HM

He is unique in having been a monarch and – half a century in exile later – democratically elected prime minister of his country.

And yesterday Bulgaria’s Simeon Saxe-Coburg-Gotha paid a moving tribute to our Queen, calling his cousin a ‘blessed person’ as he reflected on her long reign.

Simeon, pictured, told the Chalke Valley History Festival: ‘It’s not ethical or protocol to talk about, with all due respect, a colleague. But I have such endless admiration, not only for the 70 years, but for her wisdom, for Her Majesty’s absolutely professional equanimity.

‘There’s no superlative that I could really find to say what I feel about this blessed person you have as Queen.’

Now aged 85, he became King Simeon II of Bulgaria when he was just six years old in 1943 but was deposed by the Soviets three years later. He went into exile with his mother in Egypt and Spain.

He did not return to his homeland until 1996 and was elected prime minister in 2001, serving for four years.

Simeon, speaking in an on-stage discussion with historian Tim Bouverie, revealed how the Queen helped him decide when he should return to Bulgaria.

He said she invited him for lunch in 1993 and advised he waited longer ‘as another relative of ours returned and there were some problems’. 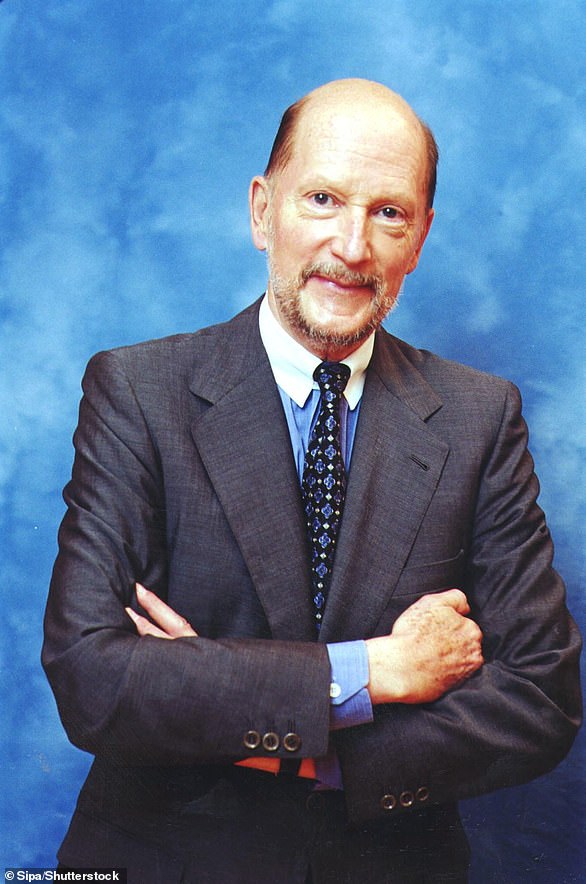 Bulgaria’s last monarch, Simeon Saxe-Coburg-Gotha, pictured centre, paid a moving tribute to the Queen, calling his cousin a ‘blessed person’ as he reflected on her reign