Anything for walkies! Sasha the Staffie jumps out of FIRST-FLOOR bedroom window in daring bid for freedom

This is the moment a mischievous mutt makes her Great Escape from home – by jumping out of a first-floor window.

Staffordshire Bull Terrier, Sasha, had clearly had enough of being at home alone last Friday evening when her owners were out and decided she wanted to go out too.

A CCTV camera attached to Christopher and Steph Tyler’s home in Chesterfield, Derbyshire, shows their dog soaring through the air out of their bedroom window, before landing with a thud on the ground. 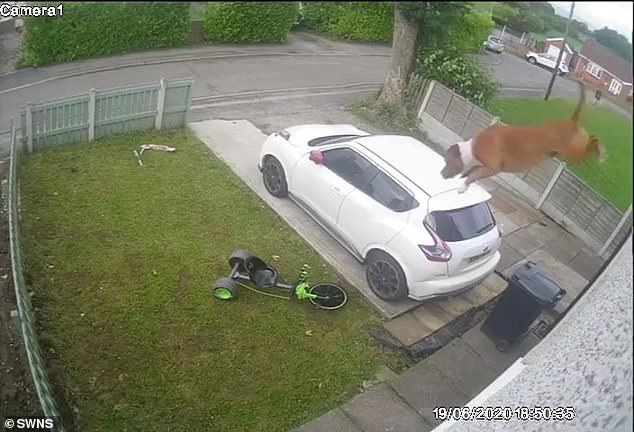 A dog has been pictured leaping out of the first floor of a home in Chesterfield, Derbyshire 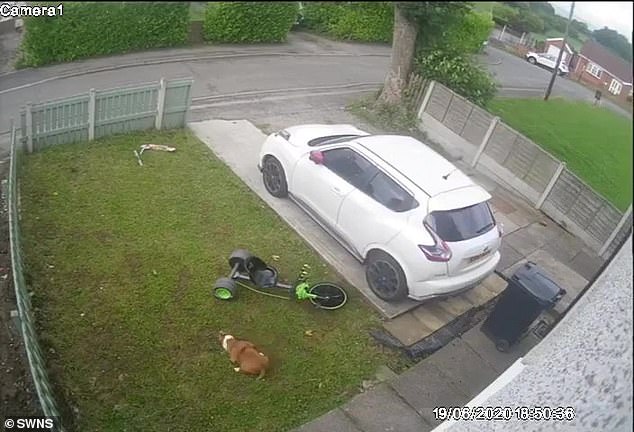 Sasha, a Staffordshire Bull Terrier, was caught on CCTV jumping from the upstairs window 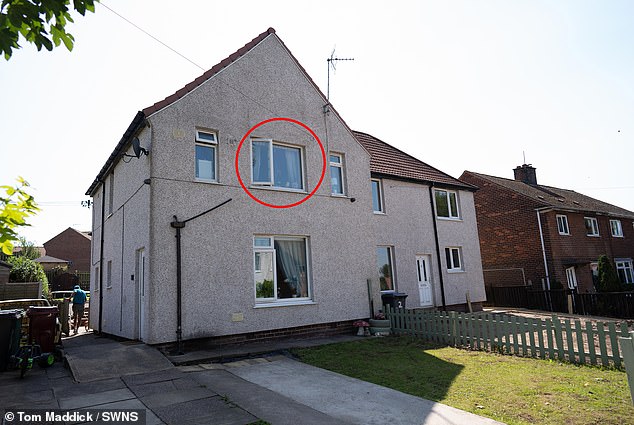 FIve-year-old Sasha, seemingly completely unfazed by the fall, then tries to escape off the family’s driveway – but thankfully was taken in by a neighbour, who saw the whole thing.

Healthcare worker Steph, 30, said she and husband Christopher, 29, and their two children Jack, 11, and Paige-Mia, seven, had only gone round to Christopher’s brother’s house for a short visit.

The family had only been gone for 20 minutes when naughty Sasha made her leap of faith out the window, at 6.50pm on Friday.

Steph said: ‘We’d only been out for 20 minutes when we got a call from our neighbour, who said that Sasha had jumped out the window. 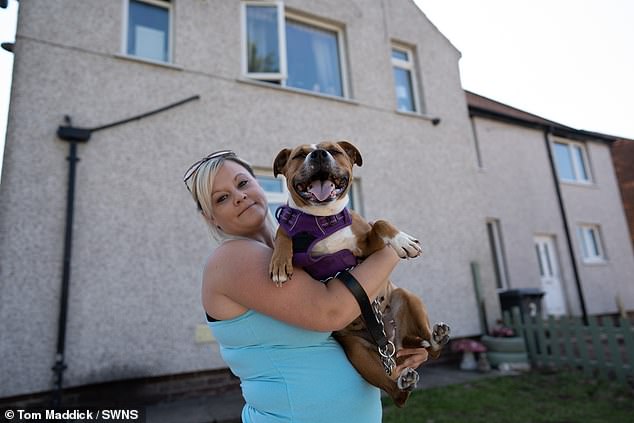 Sasha’s owner, Steph Tyler (pictured) had been out with husband Christopher and their children for only 20 minutes before Sasha decided to take the leap of faith 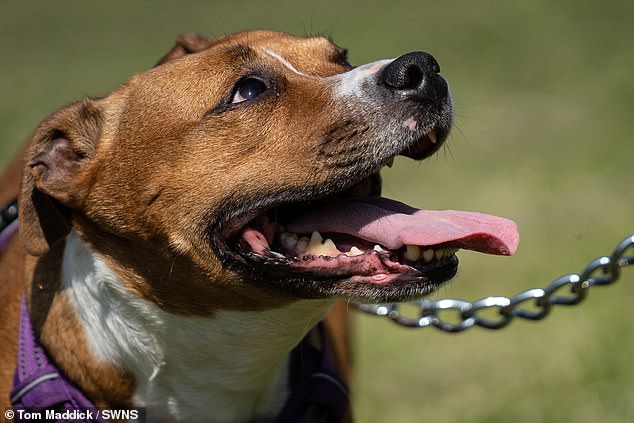 Fortunately, a neighbour saw the whole episode and took Sasha in while her owners were out

‘We can access the house cameras from our phones, so I had a look and I swore when I saw it. I thought, ‘of course she’s done this’.

‘Luckily, our neighbour has dogs too, so she caught Sasha and put her in her back garden with her dogs until we could get back.

‘She was very lucky she didn’t get injured. We could tell that her legs and paws were fine, but we thought she must have done some damage to her ribs with that landing.

‘But we took her to the vets the next morning and she had no injuries at all – and she was back to jumping up as if nothing had happened.

‘Someone was obviously looking over her.’

Steph added that, once they knew Sasha was okay, the family were able to see the funny side of the video.

But she said: ‘We make sure all the windows are properly shut now when we go out. Sasha doesn’t like it when we’re not there.’

Complainants in rape cases may be spared court ordeal